Pericles was a prominent and influential Greek statesman, orator and general of Athens during the Golden Age, specifically the time between the Persian and Peloponnesian wars. He was descended, through his mother, from the powerful and historically influential Alcmaeonid family. Take a look below for 30 more interesting and fun facts about Pericles.

1. Pericles had such a profound influence on Athenian society that Thucydides, a contemporary historian, acclaimed him as “the first citizen of Athens.”

2. Pericles turned the Delian League into an Athenian empire, and led his countrymen during the first two years of the Peloponessian War.

3. The period during which he led Athens, roughly from 461 to 429 BC, is sometimes known as the “Age of Pericles,” though the period denoted can include times as early as the Persian Wars, or as late as the next century.

4. Pericles promoted the arts and literature. It’s principally through his efforts that Athens holds the reputation of being the educational and cultural center of the ancient Greek world.

5. He started an ambitious project that generated most of the surviving structures on the Acropolis, including the Parthenon. 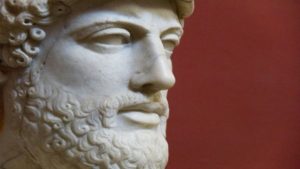 6. Pericles also fostered Athenian democracy to such an extent that critics call him a populist.

8. He was the son of the politician Xanthippus, who though ostracized in 485 to 484 BC, returned to Athens to command the Athenian contingent in the Greek victory at Mycale just five years later.

9. Pericles’ mother, Agariste, a member of the powerful and controversial noble family of the Alcmaeonidae, and her familial connections played a crucial role in helping start Xanthippus’ political career.

10. His mother was the great-granddaughter of the tyrant Sicyon, Cleisthenes, and the niece of the Athenian reformer Cleisthenes. 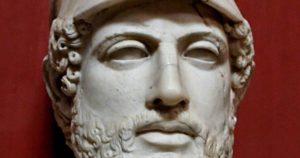 11. According to Herodotus and Plutarch, Agariste dreamed, a few nights before Pericles’ birth, that she had borne a lion.

12. Pericles belonged to the tribe of Acamantis.

13. His early years were quiet. The introverted young Pericles avoided public appearances, instead preferring to devote his time to his studies.

14. His family’s nobility and wealth allowed him to fully pursue his inclination toward education.

15. He learned music from the masters of the time and he is considered to have been the first politician to attribute importance to philosophy.

16. Pericles enjoyed the company of the philosophers Protagoras, Zeno of Elea, and Anaxagoras. Anaxagoras, in particular, became a close friend and influenced him greatly.

17. Pericles’ manner of thought and rhetorical charisma may have been in part products of Anaxagoras’ emphasis on emotional calm in the face of trouble and skepticism about divine phenomena.

18. His proverbial calmness and self-control are often regarded as products of Anaxagoras’ influence.

20. He was only three years old when Athens suffered its first major attack from the Persians. 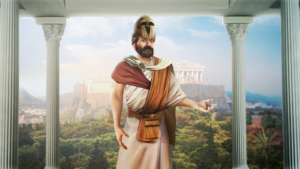 21. He loved to use his wealth to support the arts.

22. After the Pelopponesian Wars had begun, he gave a famous speech called the Funeral Oration in honor of the soldiers who had already died.

23. The Golden Age is sometimes referred to as the Age of Pericles.

24. Nobody knows who his wife was but it’s known that he had two sons.

25. Pericles’ most visible legacy can be found in the literary and artistic works of the Golden Age, most of which survive to this day.

26. In politics, Victor L. Ehrenberg argues that a basic element of Pericles’ legacy is Athenian imperialism, which denies true democracy and freedom to the people of all but the ruling state. 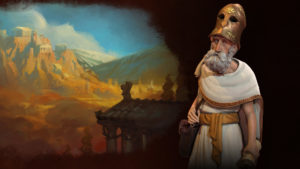 27. Pericles and his expansionary policies have been at the center of arguments promoting democracy in oppressed countries.

28. Pericles is lauded as, “the ideal type of the perfect statesman in ancient Greece,” and his Funeral Oration is nowadays synonymous with the struggle for participatory democracy and civic pride.

29. According to Quintilian, Pericles would always prepare assiduously for his orations and, before going on the rostrum, he would always pray to the Gods, so as not to utter any improper word.

30. For more than 20 years, Pericles led many expeditions, mainly naval ones. Being always cautious, he never undertook of his own accord a battle involving much uncertainty and peril and he didn’t acceded to the vain impulses of the citizens.