Johannes Kepler was a German mathematician, astronomer and astrologer. He’s a key figure in the 17th century Scientific Revolution and is best known for his laws of planetary motion, based on his works Astronomia nova, Harmonices Mundi and Epitome of Copernican Astronomy. Take a look below for 30 more interesting and fun facts about Johannes Kepler.

1. Kepler was a mathematics teacher at a seminary school in Graz, where he became an associate of Prince Hans Ulrich von Eggenberg.

2. Later on, he became an assistant to the astronomer Tycho Brahe in Prague, and eventually the imperial mathematician to Emperor Rudolf II and his two successors Matthias and Ferdinand II.

3. He taught mathematics in Linz, and was an adviser to General Wallenstein.

4. He did fundamental work in the field of optics, invented an improved version of the refracting telescope, calling the Keplerian telescope, and was mentioned in the telescopic discoveries of his contemporary Galileo Galilei.

5. He was a corresponding member of the Accademia dei Lincei in Rome. 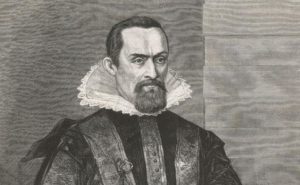 7. Kepler incorporated religious arguments and reasoning into his work, motivated by the religious convictions and belief that God had created the world according to an intelligible plan that is accessible through the natural light of reason.

8. He described his new astronomy as “celestial physics,” as “an excursion into Aristotle’s Metaphysics,” and as “a supplement to Aristotle‘s On the Heavens,” transforming the ancient tradition of physical cosmology by treating astronomy as part of a universal mathematical physics.

9. He referred to his field of science as “celestial physics.”

10. Kepler observed a number of astounding celestial events as a child, including the Great Comet of 1577, all of which helped shape his early interest in astronomy.

11. Despite his religious belief and seminary education, Kepler was another supporter of Copernicus‘ heliocentric theories. 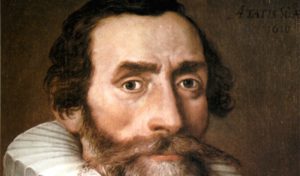 12. His first book, Mysterium Cosmographicum, meaning The Cosmographic Mystery, was the first scientific work published that defended the Copernican system.

13. He discovered the routine conjunction of Saturn and Jupiter in the zodiac, uncovering a regular geometrical basis of the universe.

15. Unlike other theorists who raised controversy with their heliocentric studies, Kepler likened his discoveries to an intentional, divine plan, and therefore, gained stronger support for publication.

16. Kepler’s mother was a drug dealer and he spent the later years of his life defending her against charges of witchcraft, which he had seeded with his “fictional” book the Somnium.

17. He got kicked out of Austria for failing to convert to Roman Catholicism. This gave him the change to get a job with Tyco Brahe in Prague.

18. Kepler was a terrible teacher, not a single student wanted to take his classes, but he continued proving lessons for a year with no students present.

19. He was born into the lowest social class of Germany in 1571. Kepler was a sickly child, being extremely nearsighted, having skin problems and nearly dying of smallpox when he was just four years old. 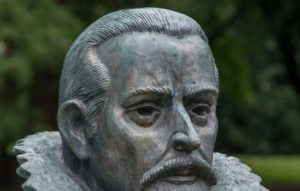 20. He had an extreme fear of taking a bath. It was his first wife who finally forced him into taking one, in 1605, 8 years into their marriage. Kepler thought that it was a very unpleasant experience.

21. Kepler’s health problems made his calculations more difficult, as most were made while he was standing up, as he suffered from a severe case of hemorrhoids.

22. Kepler spent two years “evaluating” eleven potential brides before eventually choosing one after his first wife died of cholera in 1611.

23. He was the first to realize that the darkness of the night sky directly conflicts with the idea of an infinite universe filled with stars.

24. He’s the first to fully address the cause of celestial motion, rather than the mere mathematical description of it.

25. Kepler was the first to explain that all bodies come together with a force proportionate to their mass. 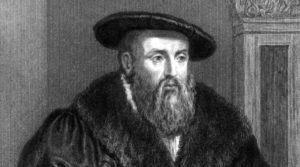 27. Kepler was the first to suggest that the Sun rotates about its axis.

28. Kepler was the first to measure the distance to the stars using stellar parallax caused by the Earth’s orbit.

29. He’s the first to discover and describe the properties of total internal reflection.

30. He’s the first to explain the use of both eyes for depth perception.