Francis Albert Sinatra was an American singer, actor and producer who was one of the most popular and influential musical artists of the 20th century. He is one of the best-selling music artists of all time, having sold more than 150 million records worldwide. Take a look below for 30 more interesting and fun facts about Frank Sinatra.

2. Sinatra found success as a solo artist after he signed with Columbia Records in 1943, becoming the idol of the “bobby soxers.”

4. Sinatra’s professional career had stalled by the early 1950s, and he turned to Las Vegas, where he became one of the its best known residency performers as part of the Rat Pack.

5. His career was reborn in 1953 with the success of From Here to Eternity, with his performance subsequently winning an Academy Award and Golden Globe Award for Best Supporting Actor. 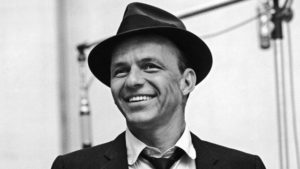 6. Sinatra released several critically lauded albums, including In the Wee Small Hours, Songs for Swingin’ Lovers!, Come Fly with Me, Only the Lonely and Nice ‘n’ Easy.

7. Sinatra left Capitol in 1960 to start his own record label, Reprise Records, and released a string of successful albums.

8. In 1965, he recorded the retrospective September of My Years and starred in the Emmy-winning television special Frank Sinatra: A Man and His Music.

9. After releasing Sinatra at the Sands, recorded at the Sands Hotel and Casino in Vegas with frequent collaborator Count Basie in early 1966, the following year he recorded one of his most famous collaborations with Tom Jobim, the album Francis Albert Sinatra and Antonio Carlos Jobim.

10. Sinatra retired for the first time in 1971, but came out of retirement two years later and recorded several albums and resumed performing at Caesars Palace, and reached success in 1980 with “New York, New York.” 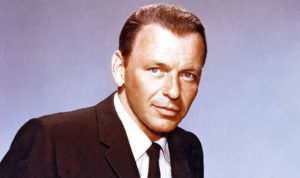 11. Using his Las Vegas shows as a home base, he toured both within the United States and internationally until shortly before his death in 1998.

12. Forceps used during his birth caused permanent damage to his left earlobe, cheek and neck.

13. He got his first break in 1935 when his mother persuaded a local singing group, the 3 Flashes, to let him join. They later became known as the Hoboken Four.

15. During his short lived marriage to actress Mia Farrow, Sinatra stunned Farrow when he served her with divorce papers in front of cast and crew of Rosemary’s Baby.

16. He starred in 56 movies and television specials from 1944 to 1984 including several well-received movies.

18. Sinatra was such as money-maker for the entertainment industry and had such clout that his efforts spurred increased racial desegregation in the state.

19. When his only son, Frank Jr., was kidnapped and the kidnappers demanded that Frank Sr., call from untraceable payphones, he began a life-long habit of carrying a roll of dimes in his pocket. 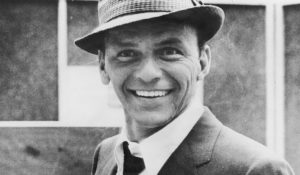 20. He is reputed to have been buried with a small roll of dimes.

21. His cocktail of choice was a mix of four ice cubs, two fingers of Jack Daniel’s whiskey and a splash of water.

22. By the 1960s, Sinatra slept with countless women, and even ran what amounted to a private brothel while in residence in Las Vegas.

24. He hated “Strangers in the Night.” Sinatra called it a “piece of shit” and “the worst fucking song I’ve ever heard.”

25. He turned down the title role of Dirty Harry that went to Clint Eastwood. 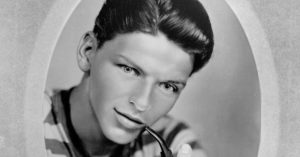 27. Despondent during a career lull in the 1950s, Sinatra tried to kill himself by sticking his head in an oven.

28. Sinatra owned a truck company where Elvis Presley worked as a young man.

29. He hated rock and roll and once called rock music, ” the most brutal, ugly, degenerate, vicious form of expression it has been my displeasure to hear.” He said, “Light My Fire” by The Doors was the worst record that he ever heard.

30. Sinatra showered several times per day and obsessively shaved, brushed his teeth and gargled with mouthwash. He also constantly doused himself with lavender water to mask the familiar morning-after scent of cigarettes and whiskey.