Barack Hussein Obama II is an American attorney and politician who served as the 44th President of the United States from January 20, 2009, to January 20, 2017. A member of the Democratic Party, he was the first African American to serve as president. Take a look below for 30 more interesting and fun facts about Barack Obama.

1. He was previously a United States Senator from Illinois and a member of the Illinois State Senate.

2. Obama was born in 1961 in Honolulu, Hawaii, two years after the territory was admitted to the Union as the 50th state.

3. Raised mostly in Hawaii, he also spent one year of his childhood in Washington state and four years in Indonesia.

4. After graduating from Columbia University in 1983, he worked as a community organizer in Chicago.

5. In 1988, he enrolled in Harvard Law School, where he was the first black president of the Harvard Law Review. 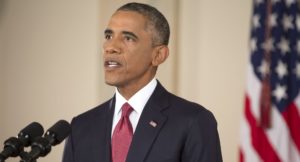 6. After graduation, he became a civil rights attorney and professor and taught constitutional law at the University of Chicago Law School from 1992 to 2004.

8. He received national attention in 2004 with his unexpected March primary win, his well received July Democratic National Convention keynote address, and his landslide November election to the Senate.

9. In 2008, he was nominated for president a year after his campaign began and after a close primary campaign against Hillary Clinton.

10. he was elected over Republican John McCain and was inaugurated on January 20, 2009.

11. Nine months after his inauguration, he was named the 2009 Nobel Peace Prize laureate, accepting the award with the caveat that he felt there were others, “far more deserving of this honor than I.” 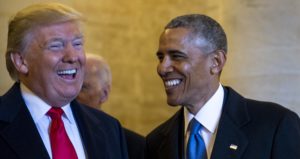 12. During his first two years in office, Obama signed many landmark bills into law. The main reforms were the Patient Protection and Affordable Care Act, known as Obamacare, the Dodd-Frank Wall Street Reform and Consumer Protection Act, and the Don’t Ask, Don’t Tell Repeal Act of 2010.

13. The American Recovery and Reinvestment Act of 2009 and Tax Relief, Unemployment Insurance Reauthorization, and Job Creation Act of 2010 served as economic stimulus amidst the Great Recession.

15. He ordered military involvement in Libya in opposition to Muammar Gaddafi, and he also ordered the military operation that resulted in the deaths of Osama bin Laden and suspected Yemeni Al-Qaeda operative Anwar al-Awlaki.

16. After winning re-election by defeating Republican opponent Mitt Romney, Obama was sworn in for a second term in 2013.

17. During his second term, Obama promoted inclusiveness for LGBT Americans. 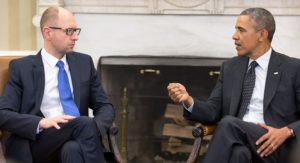 19. He advocated for gun control in response to the Sandy Hook Elementary School shooting, indicating support for a ban on assault rifles, and issued wide ranging executive actions concerning climate change and immigration.

20. In foreign policy, he ordered military intervention in Iraq in response to gains made by ISIL after the 2011 withdrawal from Iraq, continued the process of ending U.S. combat operations in Afghanistan, promoted discussion that led to the 2015 Paris Agreement on global climate change, initiated sanctions against Russia following the invasion in Ukraine and again after Russian interference in the 2016 United States elections, brokered a nuclear deal with Iran and normalized U.S. relations with Cuba.

21. Obama left office in January 2017, with a 60% approval rating and currently resides in Washington, D.C.

22. He had a high global approval rating, and the United States’ reputation saw a dramatic upward shift during his presidency.

23. Obama is left-handed and can speak Spanish.

24. At just over six feet tall, Obama is one of the tallest U.S. presidents and he can also bench press around 200 pounds. 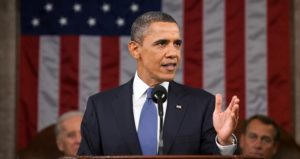 25. He was given the code name “Renegade” by his Secret Service handlers.

26. Obama hasn’t liked ice cream since he worked at a Baskin Robbins as a teenager. His favorite snack is chocolate peanut protein bars and his favorite candy is Fran’s Smoked Salt Caramels.

28. His favorite meal is his wife’s shrimp linguini. He loves to cook chili himself.

29. He had a tennis court at the White House adapted into a basketball court and still shoots many three pointers. He also loves golf and boxing; he has a pair of red boxing gloves owned by Muhammad Ali.

30. He loves to play Scrabble and enjoys poker.