Karl Marx was a German philosopher, economist, historian, political theorist, sociologist, journalist and revolutionary socialist. Born in Trier to a middle class family, Marx studied law and Hegelian philosophy. Due to his political publications, Marx became stateless and lived in exile in London, where he continued to develop his thought in collaboration with German thinker Friedrich Engels. Take a look below for 30 more interesting and fascinating facts about Karl Marx.

1. His best known titles are the 1848 pamphlet, The Communist Manifesto, and the three volume Das Kapital.

2. Marx’ political and philosophical thought had enormous influence on subsequent intellectual, economic and political history and his name has been used as an adjective, a noun and a school of social theory.

4. For Marx, class antagonisms under capitalism, owing in part to its instability and crisis-prone nature, would eventuate the working class’ development of class consciousness, leading to their conquest of political power and eventually the establishment of a classless, communist society constituted by a free association of producers.

5. Marx has been described as one of the most influential figures in human history, and his work has been both lauded and criticized. 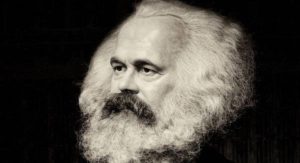 6. His work in economics laid the basis for much of the current understand of labor and its relation to capital, and subsequent economic thought.

7. Many intellectuals, labor unions, artists and political parties worldwide have been influenced by Marx’s work, with many modifying or adapting his ideas.

8. Marx is typically cited as one of the principal architects of modern social science.

9. Marx’s future wife Jenny Von Westphalen broke off an engagement prior to getting engaged to Marx. Further adding to the engagement scandal was the fact that Marx was of a decidedly lower class and a different religion than Jenny, who had grown up as a wealthy, well-educated baroness and a member of the Prussian ruling class.

10. He was born in a Jewish family but they all eventually converted to Christianity.

11. His father was a lawyer, while his mother was a Dutch Jew and dedicated her life as a homemaker.

12. Marx had a home-schooling. He was under the guidance of his father until the age of 12. 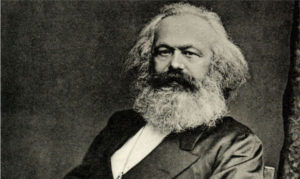 13. Like the other youths of his age, he was supposed to join the military of the county. However, he was both reluctant and physically unfit to join.

14. While living in London, Marx served as a European correspondent for the working class American newspaper the New York Daily Tribune. Marx wrote newspaper pieces on a number of significant historical events, including the British rule in India.

15. Marx’s magnum opus, Das Kapital, was incidentally first published in Russia. Although the ruling regime in Russia had a policy of censoring works that they deemed to promote communism, the censors permitted Marx’s masterwork to enter the country as they considered it a “strictly scientific work.”

16. Marx, who died in 1883 at the age of 74, was buried in London’s Highgate Cemetery, in a modest plot in a section reserved for atheists and other secularists.

17. His grave was moved to a tomb on a new site in 1954 and a portrait bust commissioned by the British Community Party was erected.

18. Marx’s grave currently sees about 200 visitors per day and the graveyard recently instituted a $6 entry fee, which some critics claim would have Marx spinning in his grave. 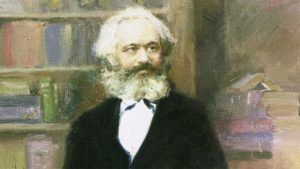 20. He was very fond of the vampire metaphor, which he variously used to describe the central process of profit taking within capitalism as capital, “constantly sucking in living labor as its soul, vampire-like.”

21. He was voted the Greatest Thinker of the Millennium in a 1999 BBC poll, beating out several intellectual titans in the form of Charles Darwin, Albert Einstein and Isaac Newton.

22. While living in London, Marx spent many hours writing and researching his manuscripts in the reading room of the British Museum, which then housed the British Library.

23. He lived much of his adult life in a state of abject poverty and was frequently being chased down by lenders and landlords to whom he owed money.

24. Four of Marx’s seven children died at a young age as a result of the family’s deep poverty and it’s reported that occasionally Marx was unable to leave the house as his wife Jenny had to go pawn his trousers in order to put food on the table.

25. It’s reported that about only 9 to 11 people attended Marx’s funeral in 1885. Besides four members of Marx’s family, mourners included Marx’s lifelong collaborator Friedrich Engels, several other communist associates, and a British evolutionary biologist. 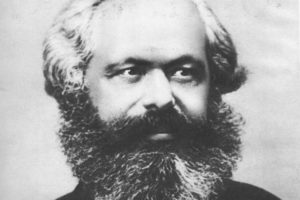 26. In his university days, Marx dedicated his time to writing fiction, plays and poetry.

27. Marx published two poems during his lifetime, and over half of the poems he composed were adoring love poems dedicated to his wife Jenny.

29. While in his twenties, Marx seriously considered moving to Texas. He even went so far as applying to the Minister of Trier, his birthplace, for an immigration permit that would allow him to move.

30. Despite having a bad reputation with liberal economists, Marx was actually in favor of free trade. He believed that free trade was destructive of national bonds and identities and would create the conditions for international working class solidarity, which would lead to a socialist revolution.