Richard Trenton Chase was an American serial killer who killed 6 people in the span of a month in Sacramento, California. He was nicknamed “The Vampire of Sacramento” because he drank his victims’ blood and cannibalized their remains. Take a look below for 30 more interesting and creepy facts about Richard Chase.

1. Chase was a native of Santa Clara, California.

2. He was abused by his parents and, by the age of 10, exhibited evidence of all three parts of the Macdonald triad: bed wetting, arson and cruelty to animals, which is seen by some as possible indicators of future violent tendencies.

3. In his adolescence, he was known as an alcoholic and a chronic drug abuser.

4. Chase developed hypochondria as he matured.

5. He often complained that his heart would occasionally “stop beating”, or that “someone had stolen his pulmonary artery.” 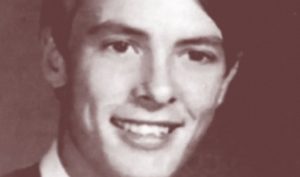 6. He would hold oranges on his head, believing that Vitamin C would be absorbed by his brain via diffusion.

7. Chase also believed that his cranial bones had become separated and were moving around, so he shaved his head to be able to watch this activity.

8. After leaving his mother’s house, believing that she was attempting to poison him, Chase rented an apartment with friends. His roommates complained that he was constantly high on alcohol, marijuana and LSD.

9. Chase would walk around the apartment nude, even in front of company. His roommates eventually demanded that he move out. When he refused, the roommates moved out instead.

10. Once alone in the apartment, Chase began to capture, kill and disembowel various animals, which he would then eat raw, sometimes mixing the raw organs with Coca-Cola in a blender and drinking the mixture.

11. Chase believed that eating the animals raw was preventing his heart from shrinking.

12. In 1975, Chase was briefly institutionalized and given a heavy treatment of psychotropic drugs.

13. Even though he killed animals while in institution, they shortly released him and ceased his treatment of anti-schizophrenic drugs. This led to a miasma of worse behavior.

14. He neglected his health, developed an obsession with handguns, and was found more than once covered in blood and screaming somewhere in the neighborhood.

16. Two days after shooting his .22 into someone’s kitchen, he shot and killed Ambrose Griffin in a random drive-by.

17. Griffin was officially the first murder victim, but Chase took to breaking and entering, stealing, and generally victimizing behavior in the following days.

18. In January, 1978, Chase was breaking and entering homes. He randomly entered the house of David and Teresa Wallin. David was at work and Teresa left the door unlocked to take out the garbage.

19. Chase ambushed Teresa and shot her with the same gun used to kill Griffin.

20. Chase raped Teresa’s body after she died from her head wounds, and carved it up with a butcher knife. He drank the blood of the organs and bathed in it and finished the crime by stuffing dog feces into the mouth of the corpse. 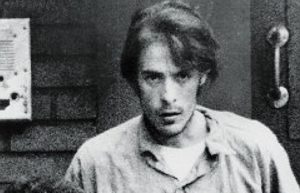 21. On January 27, Chase entered the home of 38 year old Evelyn Miroth. He encountered her friend, Danny Meredith, whom he shot with his .22 handgun, then took Meredith’s wallet and car keys.

24. In order to avoid the death penalty, the defense tried to have him found guilty of second degree murder, which would result in a life sentence. Their case hinged on Chase’s history of mental illness and the suggestion that his crimes were not premeditated.

25. On May 8, the jury found Chase guilty of six counts of first degree murder and, rejecting the argument that he wasn’t guilty by reason of insanity, sentenced him to die in the gas chamber.

26. His fellow inmates, aware of the extremely violent nature of Chase’s crimes, feared him, and according to prison officials, often tried to persuade Chase to commit suicide. 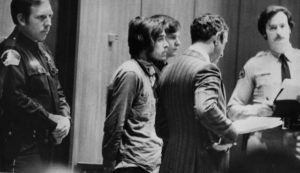 27. Chase granted a series of interviews with Robert Ressler, during which he spoke of his fears of Nazis and UFOs, claiming that although he had killed, it wasn’t his fault; he had been forced to kill to keep himself alive, which he believed any person would do.

28. He asked Ressler to give him access to a radar gun, with which he could apprehend the Nazi UFOs, so that the Nazis could stand trial for the murders.

29. Chase also handed Ressler a large amount of macaroni and cheese, which he had been hoarding in his pants pockets, believing that the prison officials were in league with the Nazis and attempting to kill him with poisoned food.

30. On December 16, 1980, Chase was found in his cell, not breathing. An autopsy found that he committed suicide with an overdose of prescribed antidepressants that he had saved over several weeks.