Georg Wilhelm Friedrich Hegel was a German philosopher and an important figure of German idealism. He achieved wide renown in his day and, while primarily influential within the continental tradition of philosophy, has become increasingly influential in the analytic tradition as well. Take a look below for 30 more interesting and awesome facts about Georg Wilhelm Friedrich Hegel.

1. Although Hegel remains a divisive figure, his canonical statue within Western philosophy is universally recognized.

2. Hegel’s principal achievement is his development of a distinctive articulation of idealism, sometimes termed “absolute idealism,” in which the dualisms of, for instance, mind and nature and subject and object are overcome.

4. His account of the master-slave dialectic has been highly influential, especially in 20th century France.

5. Hegel has been seen in the 20th century as the originator of the thesis, antithesis, synthesis triad, but as an explicit phrase it originated with Johann Gottlieb Fichte. 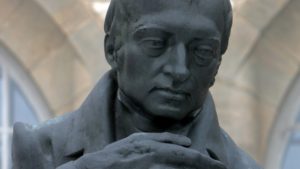 6. Hegel has influenced many thinkers and writers whose own positions vary widely.

7. He was born on August 27, 1770, in the town of Stuttgart in the Duchy of Wurttemberg, South-Western Germany to Georg Ludwig and Maria Magdalena Louisa.

8. His father was a secretary to Karl Eugen, Duke of Wurttemberg and his mother was the daughter of a lawyer.

9. Hegel was brought up in an atmosphere of Protestant pietism.

10. He had a sister named Christiane Luise and a brother, Georg Ludwig, who died as an officer in Napoleon‘s Russian campaign.

11. Hegel’s mother died of bilious fever when he was 13 years old and he and his father also suffered the disease and had a close call with death. 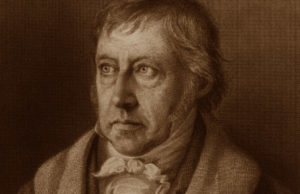 12. He started his education at the age of 3 in the German School and entered Latin School two years later.

13. His mother taught him Latin grammar at home before he switched schools, which put him ahead of his class.

14. Hegel joined Gymnasium Illustre at the age of 6, from where he completed his preparatory schooling. During this period, he displayed outstanding academic ability and love for reading philosophy and poetry.

15. He joined a Protestant seminary, which was part of the University of Tubingen, at the age of 18 because his parents wanted him to join the clergy.

16. While at the Protestant seminary, Hegel became close friends with the poet, Friedrich Holderlin and the philosopher, Friedrich Wilhelm Joseph Schelling, who were his roommates.

17. Young Hegel was more interested in philosophy and eventually didn’t join the ministry.

18. After receiving his theological certificate from the Tubingen seminary, he became a home tutor in the house of an aristocratic family in Bern. However, he didn’t get along well with the family and took up a similar job with a wine merchant in Frankfurt.

19. While working for the wine merchant, Hegel began writing the Life of Jesus and The Positivity of the Christian Religion. 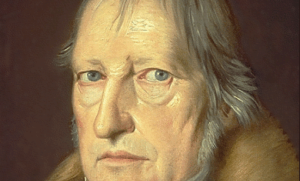 21. By 1805, he was promoted to the position of Extraordinary Professor, unsalaried.

22. During his time at the University City of Jena, he made his living by publishing his book The Difference between Fichte’s and Schelling’s Systems of Philosophy and contributing to the journal, Kritische Journal der Philosophie, which he co-founded with Schelling.

23. When the University City of Jena closed when Napoleon’s army marched in, Hegel was forced to move to Bamberg, where he took up the job of an editor of a newspaper.

24. In 1808, he was appointed as the headmaster of a Gymnasium in Nuremberg, where he worked for eight years. He introduced his book Phenomenology of the Spirit as part of the syllabus and started to work on the Encyclopedia of the Philosophical Science during this period.

25. He joined the University of Heidelberg in 1816 as a professor. 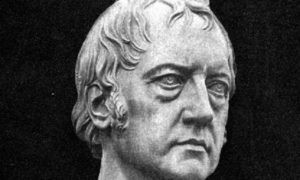 26. He published his book The Encyclopedia of the Philosophical Science in Outline in 1817 as a summary of his lectures for his students at the University.

29. Hegel died in November, 1831, due to cholera and a gastrointestinal complication.

30. His views were highly regarded and divided his followers into right wing conservative interpreters of his work and left wing followers who moved towards an atheistic position.