David Hume was a Scottish philosopher, historian, economist, and essayist who is best known today for his highly influential system of philosophical empiricism, skepticism and naturalism. Hume’s empiricist approach to philosophy places him with John Locke, Francis Bacon, and Thomas Hobbes as a British Empiricist. Take a look below for 30 more interesting and awesome facts about David Hume.

1. Beginning with his A Treatise of Human Nature, Hume strove to create a total naturalistic science of man that examined the psychological basis of human nature.

2. Against philosophical rationalists, Hume held that passion rather than reason governs human behavior.

3. Hume argued against the existence of innate ideas, positing that all human knowledge is founded solely in experience.

4. Hume held that genuine knowledge must either be directly traceable to objects perceived in experience, or result from abstract reasoning about relations between ideas which are derived from experience, calling the rest “nothing but sophistry and illusion,” a dichotomy later given the name Hume’s fork.

5. In what is sometimes referred to as Hume’s problem of induction, he argued that inductive reasoning and belief in causality can’t be justified rationally, instead, our trust in causality and induction result from custom and mental habit, and are attributable only to the experience of “constant conjunction” of events. 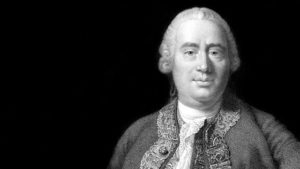 6. Hume’s opposition to the teleological argument for God’s existence, the argument from design, is generally seen as the most intellectually significant attempt to rebut the argument prior to Darwinism.

7. He was also a sentimentalist who held that ethics are based on emotion or sentiment rather than abstract moral principle, famously proclaiming that, “Reason is, and ought only to be the slave of the passions.”

8. Hume’s moral theory has been seen as a unique attempt to synthesize the modern sentimentalist moral tradition to which Hume belonged, with the virtue ethics tradition of ancient philosophy, with which Hume concurred in regarding traits of character, rather than acts or their consequences, as ultimately the proper objects of moral evaluation.

9. Hume maintained an early commitment to naturalistic explanations of moral phenomena, and is usually taken to have first clearly expounded the is-ought problem, or the idea that a statement of fact alone can never give rise to a normative conclusion of what ought to be done.

10. Hume denied that humans have an actual conception of the self, positing that we experience only a bundle of sensations, and that the self is nothing more than this bundle of causally-connected perceptions. 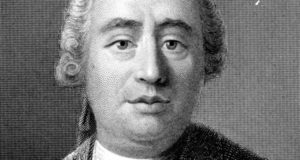 11. His compatibilist theory of free will takes casual determinism as fully compatible with human freedom.

13. Kant himself credited Hume as the spur to his philosophical thought who had awakened him from his “dogmatic slumbers.”

15. He came from a prosperous family, as his father was a solicitor.

16. When he was 12 years old, Hume began attending the University of Edinburgh, where he initially pursued an education in law but later, his interests were piqued by philosophy.

17. Hume didn’t believe that his professors could teach him anything, therefore, he didn’t regard them with the respect required by their station.

18. From an early age, Hume took his education in his own hands and began to guide himself through philosophical discoveries.

19. He became a recluse, and devoted ten years of his life to reading and writing. However, the solitude and intense concentration had its toll on him and he suffered a nervous breakdown, following which he continued his learning with a more active lifestyle. 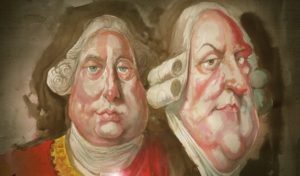 20. He took a job in a merchant’s office in Bristol, but after a few months, in 1734, he decided to move to La Fleche in Anjou, France.

21. In La Fleche, he devoted the next four years of his life composing one of his remarkable discourses, “A Treatise of Human Nature.” He managed to finish it at the age of 26.

22. Hume applied for the position of Chair of Pneumatics and Moral Philosophy at the University of Edinburgh, however, due to his infamous religious intolerance and his reputation as an atheist, he was passed over for William Cleghorn.

23. In 1745, Hume served for some time, as a private tutor to the Marquis of Annandale, who was popularly known as the “lunatic.”

24. In 1746, he began working on his innovative compilation, titled “The History of England.” It took him 15 years to complete this work, and the book provided events dating from the invasion of Julius Caesar till the 1688 revolution and it was published in six volumes between 1754 and 1762.

25. In 1746, Hume was appointed as Secretary to Lieutenant-General St. Clair. He served this post for the next three years.

27. In 1752, he returned to his native Edinburg and, began composing his autobiography titled “My Own Life.”

28. In 1763, he was appointed as a secretary to Lord Hertford in Paris. He served him for the next two years.

29. In 1767, he accepted the position of Under Secretary of State for the Northern Department, however, he served this station for only a year.

30. In 1768, he decided to move back to his birth place, Edinburgh, where he remained till his death. He passed away on August 25, 1776, after a prolonged suffrage with liver cancer.