Jessica Marie Alba is an American actress and businesswoman. She has won various awards for her acting, including the Choice Actress Teen Choice Award and the Saturn Award for Best Actress on Television, and a Golden Globe nomination for her lead role in the television series Dark Angel. Take a look below for 30 more fun and interesting facts about Jessica Alba.

1. Alba began her television and movie appearances at the age of 13 in Camp Nowhere and The Secret World of Alex Mack.

2. She rose to fame as the lead actress in the James Cameron television series Dark Angel when she was 19 years old.

4. In January, 2012, Alba co-founded The Honest Company, which is a consumer goods company that sells baby, personal and household products. 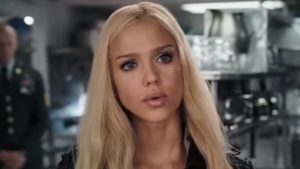 6. As a child, she suffered from collapsed lungs, pneumonia, ruptured appendix and a tonsillar cyst.

7. Her father was in the United States Air Force, so they moved around a lot.

8. When she was 11 years old, Alba won an acting competition in Beverly Hills, one whose grand prize was free acting classes.

9. Besides having asthma since childhood, Alba had a kidney infection in 2001, which resulted in her becoming anorexic the same year.

10. She has stated before that she started to prepare her own meals since she was a child because her family’s eating habits were causing her weight problems.

11. As a child, Alba appeared in Nintendo and J.C. Penney commercials. 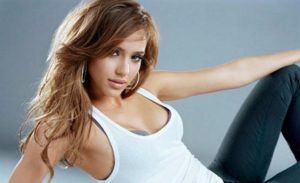 12. In 1994, she landed the role in a television show called Flipper, which was shot in Australia.

13. Alba was kidnapped after having received telephone threats during the production of Flipper. She was later found unharmed in the trunk of a car.

14. Her career rose in 1999 when she appeared in Never Been Kissed, alongside Drew Barrymore.

15. While filming Dark Angel, Alba and fellow co-star Michael Weatherly began a four year relationship. On Alba’s 20th birthday, Weatherly proposed, despite a 12 year age difference. Her parents didn’t approve of the relationship because of the age difference and they eventually broke up.

16. In a March 2006 issue of Playboy Magazine, her image was used without her permission. She sued the company, but later dropped the lawsuit after Hugh Hefner apologized and then made donations to two charities that Alba supported.

17. Alba has a tattoo of a daisy with a ladybug on the back of her neck.

18. She was nominated as Worst Actress for both Fantastic Four and Into the Blue for the 26th annual Razzie Awards. 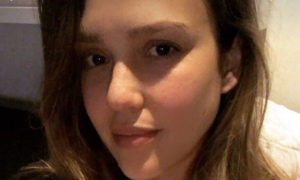 21. Alba posed for a bondage themed print advertising campaign by Declare Yourself, a campaign encouraging voter registration among youth for the 2008 United States presidential election. The ads were photographed by Mark Liddell, and they featured Alba wrapped in and gagged with black tape.

23. In 2010, a Chinese girl made headlines after she said that she wanted to have plastic surgery done to look like Alba to get her ex-boyfriend back. Alba spoke out about the perceived need to change one’s appearance for love.

24. In 2011, Alba had her second daughter named Haven Garner Warren.

25. In 2013, Alba released her first book called The Honest Life, which is based on her experiences creating a natural, non-toxic life for her family. 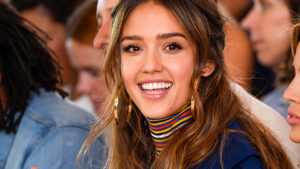 26. Alba has a younger brother called Joshua. He appeared as Krit on Dark Angel and made a big screen debut in Alpha Dog with Justin Timberlake.

27. Alba graduated from high school early. When her career started to take off, she studied hard and managed to graduate from Claremont High School at the age of 16.

29. Before acting in Honey, Alba didn’t know how to dance.

30. There’s a strict clause in her contract against nudity. For the shower scene in Machete, she was wearing underwear that they digitally removed later.