David Robert Joseph Beckham is an English former professional footballer. He played for Manchester United, Preston North End, Real Madrid, Milan, LA Galaxy, Paris Saint-Germain and the England national team, for which he held the appearance record for an outfield player until 2016 when Wayne Rooney surpassed his total. Take a look below for 30 more fun and interesting facts about David Beckham.

1. Beckham is the first English player to win league titles in four countries: England, Spain, the United States and France.

3. He’s known for his range of passing, crossing ability and bending free kicks as a right winger.

4. Beckham was runner up in the Ballon d’Or, twice runner up for FIFA World Player of the Year and in 2004, he was named by Pele in the FIFA 100 list of the world’s greatest living players. 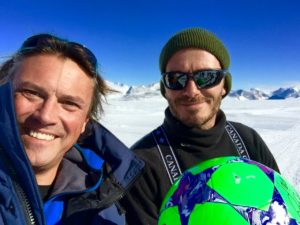 5. In 2008, he was inducted into the English Football Hall of Fame.

6. He’s a global ambassador for soccer and is regarded as a British cultural icon.

7. His professional club career started with Manchester United, where he made his first team debut in 1992 at the age of 17.

9. After Manchester, he played four seasons with Real Madrid, winning the La Liga championship in his final season with the club. 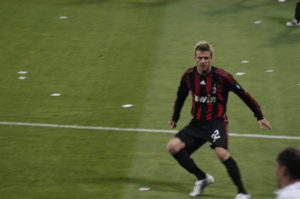 14. He was captain for six years, earning 58 caps during his tenure.

16. He’s consistently ranked among the highest earners in football, and in 2013, he was listed as the highest paid player in the world, earning over $50 million in the previous 12 months.

17. He has been married to Victoria Beckham since 1999 and they have four children together.

19. In 2014, MLS announced Beckham and a group of investors would own an expansion team in Miami, which would begin in 2020. 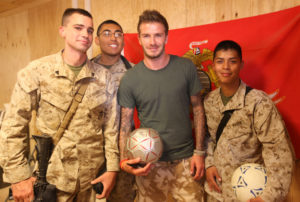 20. When he was 11 years old, he won the coveted Bobby Charlton Soccer Schools National Skills competition. The win earned Beckham a trip to Barcelona, where he drew the attention of a Manchester United soccer talent scout.

21. In 1999, David and Victoria purchased their most famous home in Hertfordshire, unofficially dubbed Beckingham Palace, which is estimated to be worth 7.5 million pounds sterling.

22. In 2003, he signed a $160 million lifetime contract with Adidas, earning nearly half the money upfront and will continue to earn percentages of profits on all of his branded Adidas products.

23. David and Victoria purchased a home in Beverly Hills for $22 million. Their neighbors include Jay Leno and Tom Cruise.

24. Tom Cruise hosted a Welcome to L.A. party for the couple after Beckham joined LA Galaxy in 2007.

25. He suffers from obsessive compulsive disorder, meaning that everything has to strictly organized and, if possible, in pairs.

26. As part of Beckham’s marketing campaign with H&M, six 10 foot statues of him in his underwear were installed in New York City, Los Angeles and San Francisco. 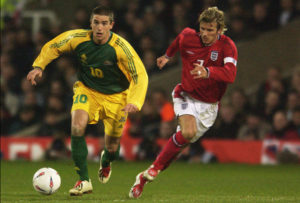 27. He has his own fragrance called Homme by David Beckham.

30. He never personally appeared in the 2002 movie Bend It Like Beckham, except in archive footage. He and his wife wanted to make cameo appearances, but scheduling proved difficult, so the director used lookalike Andy Harmer instead.