Computers are devices that can be instructed to carry out arbitrary sequences of arithmetic or logical operations automatically. Their ability to follow generalized sets of operations, which are called programs, enables them to perform an extremely wide range of tasks. Take a look below for 30 more fun and interesting facts about computers.

1. It’s believed that the first computer virus released in the world was a boot sector virus, which was created in 1986 by the Farooq Alvi brothers. It was designed to protect their research work.

2. The first computers were nothing more than oversized calculators. Based on the abacus, which was a counting device invented in China over 4,000 years ago, the original computers were designed to deal with large numbers faster and more accurately than humanly possible.

3. The first computer mouse was invented by Doug Engelbart in around 1964 and it was made out of wood.

5. Sir Tim Burner Lee invented the internet in 1989. By now there are more than 17 billion devices connected to the internet. 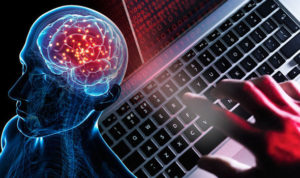 6. One of the world’s leading computer and computer peripheral manufacturers Hewlett Packard, was first started in a garage at Palo Alto in 1939.

7. The world’s first computer, which was named the Z1, was invented by Konrad Zuse in 1936. His next invention, the Z2 was finished in 1939 and was the first fully functioning electro-mechanical computer.

8. The first Apple computer, which was built by Steve Jobs and Steve Wozniak, was made by using parts they got for free from their employers. They were made to scounge spare parts from work.

9. While it took the radio 38 years, and the television a short 13 years, it took the internet only 4 years to reach 50 million users.

10. One of every 8 married couples in the United States has met online.

11. The average computer user blinks 7 times a minute, which is less than half the normal rate of 20.

13. Only 8% of the world’s currency is physical money, the rest only exists on computers.

14. The worst breach of U.S. military computers in history happened when someone picked up a memory stick, that was infected by a foreign intelligence agency, they found in the parking lot and plugged it into their computer, which was attached to the United States Central Command. 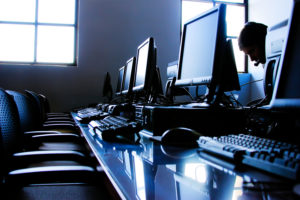 15. There was a computer worm that would gain access to Windows XP systems, download a patch from Microsoft to close the vulnerability that it used to infect the system, attempt to delete the infamous Blaster worm if it was present from the system, then delete itself.

16. Mary Kenneth Keller, the first woman to earn a Ph.D. in Computer Science in the United States also earned a Master’s degree in Mathematics and Physics, helped develop computer programming languages and was a Catholic nun.

17. John Lasseter, who is the CEO of Pixar, was fired from Disney for promoting computer animation.

18. The new Texas Instrument calculators have ABC keyboards because if they had QWERTY keyboards, they would be considered computers and wouldn’t be allowed for standardized tests.

19. Three students from a school in Nevada had installed keystroke loggers on their teachers’ computers to intercept the teachers’ usernames and passwords, and then charged other students up to $300 to hack in and increase their grades.

22. The Dirty Dozen was the name of a 12 man engineer group who developed the first IBM computer.

23. ENIAC was the first electronic computer, which weighed around 27 tons and has taken up about 1800 square feet of space.

25. The password for the computer controls of nuclear missiles of the United States for a total of 8 years was 00000000. 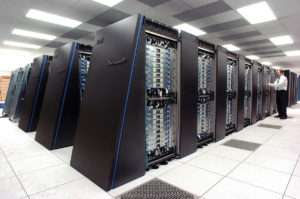 26. Alan Turing was the father of computer science, artificial intelligence and also helped break German World War II cyphers. He committed suicide after being forced to undergo hormonal treatment for homosexuality and was barred from continuing his cryptographic research.

27. Big banks don’t process checks and debit card charges to your account in the order that they’re received, but instead use a computer program that selects the biggest amounts first and charges them against your account; emptying your account faster and resulting in more overdraft fees.

28. The Tandy TRS-80 Model I computer radiated so much interference that many games were designed so that an AM radio next to the computer could be used to provide sounds.

29. A 15 year old hacked NASA computers and caused a 21 day shutdown of their computer systems. He also hacked the Pentagon weapons computer.

30. A computer as powerful as the human brain would be able to perform about 38 thousand trillion operations per second and hold about 3,584 terabytes of memory.