Ruby Rose Langenheim, born on March 20, 1986, is an Australian model, DJ, recording artist, actress, television presenter and former MTV VJ. Rose emerged in the media spotlight as a presenter on MTV Australia, followed by several high profile modelling gigs, notably as the face of Maybelline New York in Australia. Take a look below for 30 more fun and interesting facts about Ruby Rose.

1. In addition to her modelling career, Rose has co-hosted various television shows, namely Australia’s Next Top Model and The Project on Network Ten.

2. Rose pursued a career in acting from 2008 onwards, with her debut performance in the Australian film Suite for Fleur.

3. She had a small role in the drama Around the Block, and came to North American fame for starring in seasons three and four of the Netflix series Orange Is the New Black.

5. Rose was born in Melbourne, Australia, the daughter of Katia Langenheim, a 20 year old single mother and artist, whom she describes as one of her role models. 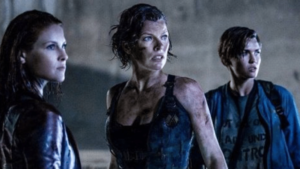 6. As a young child, Rose traveled frequently, living in rural Victoria, Tasmania and Surfers Paradise before finally settling in Melbourne.

7. As a teenager, she attended University High School and Footscray City College.

8. Rose is the god daughter of Indigenous Australian boxer Lionel Rose and the great-granddaughter of Alex Campbell, who was the last surviving Australian Battle of Gallipoli soldier.

9. She was unemployed for 2 years until a call from casting agent Jennifer Euston landed Ruby the role of Stella on Orange Is the New Black.

10. Rose is an avid supporter of animals rights and has been a member of PETA for years.

11. She came out as a lesbian at the age of 12. Because of her sexuality, she suffered verbal taunts and physical abuse from her schoolmates, which led to a suicide attempt.

12. She was sexually abused as a child by a relative, and has bipolar disorder and clinical depression. 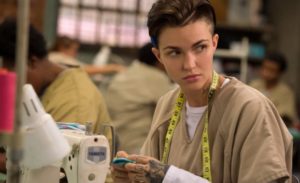 13. With regard to childhood gender nonconformity, Rose said that she wanted to be a boy while growing up and that she was saving up money to physical transition from female to male. She said, “It was in my mind as something I wanted to do and then I just… didn’t.”

14. Rose is gender fluid, saying, “I am very gender fluid and feel more like I wake up every day sort of gender neutral.”

15. In 2014, Rose announced her engagement to fashion designer Phoebe Dahl. However, in December, 2015, they ended their romantic relationship.

16. Rose was in a relationship with singer Jess Origliasso of The Veronicas from October 2016 to April 2018. The two had previously dated in 2008.

17. Rose is a vegan. She suggested that people who want to help address climate change consider what they’re eating.

18. Since March 2016, Rose has been the face of Urban Decay Cosmetics. 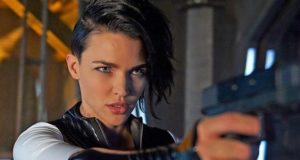 20. In 2010, she collaborated with the Australian fashion label Milk and Honey to design a capsule fashion line. The collection, named Milk and Honey Designed by Ruby Rose, includes washed jeans, leather jackets and t-shirts.

21. In order to land her job as an MTV VJ in Australia, Rose competed against 2000 other hopefuls in a three-week national search, as former VJ Lyndsey Rodrigues moved to the United States to co-host TRL.

22. In 2009, Rose won the ASTRA Award for Favorite Female Personality.

24. Rose credits her 2014 short film Break Free, which she produced herself, for the success of her acting career.

25. In 2016, Rose and Tom Felton would lend their voices in the animated title Sheep and Wolves, with Rose as his fiance Bianca. 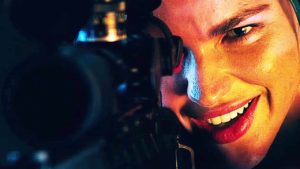 26. In August 2016, it was announced that Rose has been cast for the Warner Brothers film Meg, a shark epic based on the novel of the same name, alongside Jason Statham.

28. She is a generous supporter of many charities, has won a charity boxing match, and has traveled to Laos and Africa to volunteer each year.

29. Rose is known for being extensively tattooed. She showed off her tattoos in a photo spread for Maxim Australia and PETA, as part of the campaign “I’d Rather Go Naked Than Wear Fur.”

30. Issues of concern to her include animal welfare, campaigns for anti-bullying and youth mental health, where she works as an ambassador for Headspace.