Rachel Anne McAdams, born November 17, 1978, is a Canadian actress. After graduating from a four year theater program at York University in 2001, she worked in Canadian television and film productions such as the drama movie Perfect Pie, for which she received a Genie Award nomination, the comedy movie My Name Is Tanino, and the comedy series Slings and Arrows, for which she won a Gemini Award. Take a look below for 30 more fun and interesting facts about Rachel McAdams.

1. In 2002, she made her Hollywood film debut in the comedy The Hot Chick.

2. McAdams rose to fame in 2004 with the comedy Mean Girls and the romantic drama The Notebook.

3. In 2005, she starred in the romantic comedy Wedding Crashers, the psychological thriller Red Eye, and the comedy drama The Family Stone.

4. She was hailed by the media as Hollywood’s new “it girl,” and received a BAFTA nomination for Best Rising Star.

5. After a two year break, McAdams starred in two limited release movies in 2008, the film noir Married Life and the road trip drama The Lucky Ones. 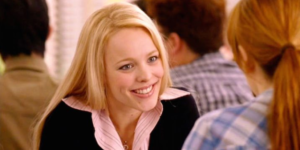 6. She returned to prominence in 2009 by appearing the political thriller State of Play, the science fiction romantic drama The Time Traveler’s Wife, and the mystery action adventure movie Sherlock Holmes.

7. In 2010, McAdams appeared in her first star vehicle, the comedy Morning Glory.

8. In 2015, her highest profile roles were in the second season of the HBO crime drama True Detective, and as journalist Sacha Pfeiffer in the drama Spotlight.

9. For her role in Spotlight, McAdams was nominated for the Academy Award for Best Supporting Actress.

11. McAdams was born in London, Ontario, the daughter of nurse Sandra and truck driver Lance McAdams. 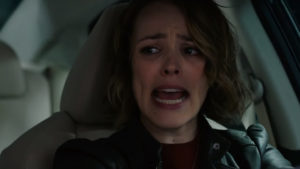 12. Her maternal fifth great-grandfather, James Gray, was a Loyalist Ranger during the American Revolution and fled to Canada after the Battles of Saratoga.

13. McAdams grew up in a Protestant household and she’s a practicing Christian.

14. She’s the eldest of three children; she has a sister, Kayleen, who’s a celebrity make-up artist, and a brother, Daniel, who’s a personal trainer.

15. McAdams began figure skating when she was four years old, but turned down an opportunity to move to Toronto when she was nine years old for pair skating training.

16. She competed in skating until the age of 18, winning regional awards. She has since said that skating prepared her for physical acting, because it trained her to be “in tune” with her body.

17. McAdams attended Myrtle Street Public School, and later Central Elgin Collegiate Institute. She has stated that she didn’t enjoy academic work and often would pretend to be sick to avoid going to school.

18. McAdams served on the student council, participated in the Crimestoppers program, and was a member of the Peer Helping Team. 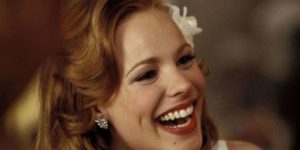 19. She worked at a McDonald’s restaurant during the summer holidays for three years.

20. McAdams first developed an interest in performing when she was seven years old, and while her parents didn’t discourage her, they didn’t, “go out and find [her] an agent.”

21. From the age of 12, McAdams participated in Original Kids Theater Company, London productions. In her late teens, she directed children’s theater productions.

22. In 1995, she received an acting award for her role in the one-act high school play “I Live in a Little Town” when it was presented at the prestigious Ontario Showcase at the Sears Drama Festival.

23. She was told to partly model the character of Regina George after Alec Baldwin’s performance in Glengarry Glen Ross.

24. She received a record five MTV Movie Award nominations in a single year.

25. McAdams donated many signed head-shots to Rocky Stone to be auctioned off to raise money to buy more toys for less fortunate kids as part of the Toy Mountain Campaign. 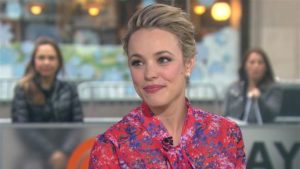 27. While a student at York University, McAdams lived in the same house as Ron Sparks in Vanier Residence.

28. She had to turn down the female lead in The Last Kiss due to scheduling conflicts. The role was eventually given to Jacinda Barrett.

29. She doesn’t own a car. As part of her daily contribution to help conserve energy, she rides her bike or takes the bus.

30. She originally auditioned for the role of Cady in Mean Girls, before being cast as Regina.