Amber Laura Heard, born April 22, 1986, is an American actress. She made her film debut in 2004 in the sports drama Friday Night Lights. After small roles in North Country and Alpha Dog, Heard played her first leading role in All the Boys Love Mandy Lane and appeared in The CW television show Hidden Palms. Take a look below for 30 more fun and interesting facts about Amber Heard.

1. Heard’s breakthrough came in 2008 with roles in Never Back Down and Pineapple Express.

2. She received her Breakthrough Award at Young Hollywood Award.

3. Her appearance in movies such as The Informers, The Stepfather, Zombieland, and The Joneses brought her further attention and fame.

4. She starred in John Carpenter’s The Ward, alongside Nicolas Cage in Drive Angry, and alongside Johnny Depp in The Rum Diary.

5. For her role in The Rum Diary, Heard won a Spotlight Award at the Hollywood Film Festival. 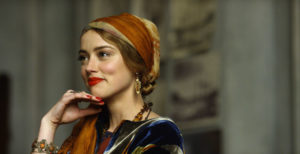 7. She played Mera in the 2017 superhero movie Justice League, a role she will reprise in the 2018 movie Aquaman.

8. Heard was born in Austin, Texas, the daughter of Patricia Paige, an internet researcher, and David Clinton Heard, a contract.

9. She dropped out of high school, eventually earning a diploma through a home-study course.

10. When she was 16 years old, her best friend died in a car crash. Heard, who was raised Catholic, subsequently declared herself an atheist.

11. Her then-boyfriend introduced her to the works of novelist Ayn Rand, of whom she said, “I’ve read all of her books. Ever since then, I have been obsessed with her ideals. All I’ve ever needed is myself.” 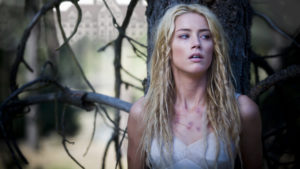 12. She has been named one of the most beautiful rising stars by Jane Magazine, an honor she shared with Kellan Rhude.

14. She has a golden teacup Yorkie dog named Pistol, who was featured alongside Heard for Teen Vogue’s Young Hollywood issue in October, 2009.

17. She donated all of her $7 million from her divorce settlement from Johnny Depp to charity.

18. She filed for divorce from Johnny Depp on May 25, 2016. The following day, Heard was granted a temporary domestic violence restraining order against Depp in relation to a physical altercation between the couple. However, all domestic violence claims were later dropped with prejudice, meaning that it can never be refiled in a court of law. 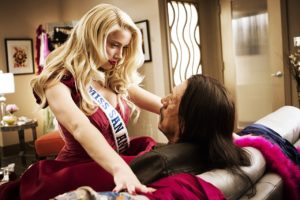 19. She was sued for over $10 million for breach of contract for her new movie London Fields, because the actress failed to abide to her contractual obligations. These included acting in previously agreed upon scenes requiring nudity, and promotion of the film.

20. Heard has raised awareness about domestic and sexual violence.

21. Together with actors Gabourey Sidibe and Freida Pinto, she read a speech on behalf of rape victim Emily Doe at Glamour’s Women of the Year Awards in 2016. Doe was the recipient of an award.

22. In 2016, Heard made a public announcement about domestic violence for the #GirlGaze Project, and wrote an open letter about her experiences with Johnny Depp for the December 2016 issue of Porter Magazine.

23. Elon Musk and Heard dated for a year, with the relationship ending in August, 2017. 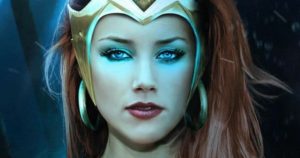 25. She had small supporting roles in The WB’s short-lived series Jack & Bobby and The Mountain, and a guest starring role as a salesgirl in the popular teen drama series The O.C.

26. Heard gained more mainstream recognition in 2008, when she appeared in supporting roles in the Judd Apatow produced stoner comedy Pineapple Express, and the martial arts drama Never Back Down, both of which were box office successes.

27. In 2009, Heard had roles in the horror movie The Stepfather, and in three comedies: ExTerminators, Zombieland and The Joneses.

28. In 2010, she starred in the romantic drama The River Why and continued her work in the horror genre in John Carpenter’s The Ward. Carpenter described Heard as, “very smart, very driven and very talented.”

29. In 2011, Heard appeared as the female lead opposite Johnny Depp in the Hunter S. Thompson adaption The Rum Diary, which wasn’t a commercial success.