Albert Einstein was a German born theoretical physicist who developed the theory of relatively, one of the two pillars of modern physics, alongside quantum mechanics. His work is also known for its influence on the philosophy of science. He’s best known to the general public for his mass-energy equivalence formula E = mc2, which has been dubbed “the world’s most famous equation.” Take a look below for 30 more fun and interesting facts about Albert Einstein.

1. He received the 1921 Nobel Prize in Physics for his services to theoretical physics, and especially for his discovery of the law of photoelectric effect, a pivotal step in the development of quantum theory.

2. Near the beginning of his career, Einstein thought that Newtonian mechanics weren’t enough to reconcile the laws of classical mechanics with the laws of the electromagnetic field.

3. Eventually, Einstein realized that the principle of relativity could also be extended to gravitational fields, and he published a paper on general relativity in 1916 with his theory of gravitation.

4. His continued involved with problems of statistical mechanics and quantum theory led to his explanations of particle theory and the motion of molecules.

5. His investigation into the thermal properties of light laid the foundation of the photon theory of light. 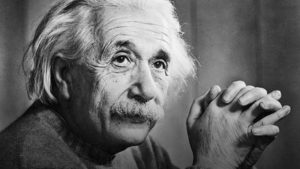 6. In 1917, Einstein applied the general theory of relativity to model the structure of the universe.

7. He lived in Switzerland between 1895 and 1914, except for one year in Prague, and he received his academic diploma from the Swiss federal polytechnic school in Zurich in 1900.

8. He taught theoretical physics at the Swiss federal polytechnic school between 1912 and 1914 before he left Berlin.

9. Einstein acquired Swiss citizenship in 1901, which he kept for the rest of his life after being stateless for more than five years.

10. In 1905, he was awarded a PhD by the University of Zurich. That same year, he published four groundbreaking papers during his renowned annus mirabilis which brought him to the notice of the academic world at the age of 26.

11. He was visiting the United States when Adolf Hitler came to power in 1933 and he didn’t go back to Germany, where he had been a professor at the Berlin Academy of Sciences.

12. Einstein settled in the United States and became an American citizen in 1940. 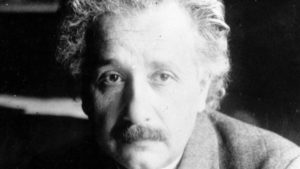 13. At the cusp of World War II, he endorsed a letter to President Franklin D. Roosevelt alerting him to the potential developed of extremely powerful bombs of a new type and recommending that the United States begin similar research. This eventually led to the Manhattan Project.

14. Einstein supported the Allied forces, but he generally denounced the idea of using nuclear fission as a weapon. He signed the Russell-Einstein Manifesto with British philosopher Bertrand Russell, which highlighted the danger of nuclear weapons.

15. Einstein was affiliated with the Institute for Advanced Study in Princeton, New Jersey until his death in 1955.

17. Einstein once declared that his second best idea after the theory of relativity was adding an egg to his soup while it was cooking so he wouldn’t have an extra pot to wash afterwards.

18. He used to charge $1 for singing an autograph. He would later donate the money to charity.

19. Einstein never actually failed math. While he was an average student, math was one area where he excelled in. 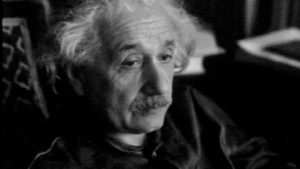 20. In 1895, a 16 year old Einstein took the entrance exam for the Swiss Federal Polytechnic, a science, technology, engineering and mathematics school. While he had exceptional scores in physics and math, his other scores weren’t good enough and he failed the exam as a whole.

21. He was a great musician. His mother played the piano so he had the love of music instilled in him with violin lessons at the age of five.

22. When Israel’s first president, Chaim Weizmann, died, Einstein was offered the position but he declined it.

23. Einstein divorced his first wife, Mileva Maric, a gifted mathematician in her own right, and married his cousin Elsa Lowenthal. By all accounts, Einstein was actually a bad husband to his first wife in their later years. He had affairs that he never even tried to hide, he moved the entire family to Berlin without any discussion and treated her more as a servant than a wife.

24. He had his first wife agree to a written list of demeaning duties and conditions if she wanted to stay with him. For example, one condition was, “you will renounce all personal relations with me insofar as they are not completely necessary for social reasons.”

25. Einstein promised his Nobel Prize money to his wife upon their divorce, before he’d even won the prize. 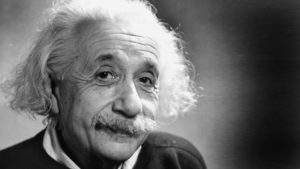 26. According to correspondence between Einstein and Maric, it was determined that the two had a daughter in 1902 named Lieserl. However, at one point, all mention of her in the letters stopped so it’s not known what happened to her.

27. Ever since university, Einstein loved to sail. However, he never made a good sailor and he never even learned how to swim.

28. In a letter to Lowenthal, he bragged about getting away without wearing socks while at Oxford.

29. He didn’t begin speaking until he was four years old. Today, Einstein Syndrome, a term coined by economic Thomas Sowell, refers to exceptionally bright people who have early problems with speech.

30. After Einstein’s death, the pathologist who did his autopsy took his brain without permission. While he eventually did get permission from Einstein’s son, he was fired from Princeton when he refused to turn the brain over. He kept it for over 40 years before finally returning it in 1998.