Sigmund Freud was an Austrian neurologist and the founder of psychoanalysis, a clinical method for treating psychopathology through dialogue between a patient and a psychoanalyst. Take a look below for 30 more fascinating and interesting facts about Sigmund Freud.

1. Freud was born to Galician Jewish parents in the Moravian town of Freiberg, in the Austrian Empire.

2. He qualified as a doctor of medicine in 1881 at the University of Vienna.

3. Upon completing his habilitation in 1885, he was appointed a docent in neuropathology and became an affiliated professor in 1902.

4. Freud lived and worked in Vienna, having set up his clinical practice there in 1886. 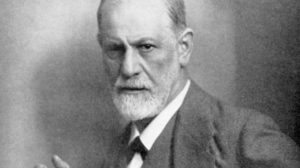 6. In creating psychoanalysis, Freud developed therapeutic techniques such as the use of free association and discovered transference, establishing its central role in the analytic process.

7. Freud’s redefinition of sexuality to include its infantile forms led to formulate the Oedipus complex as the central tenet of psychoanalytical theory.

8. His analysis of dreams as wish-fulfillments provided him with models for the clinical analysis of symptom formation and the underlying mechanisms of repression.

9. Freud elaborated his theory of the unconscious and went on to develop a model of psychic structure comprising of the id, ego and super-ego. 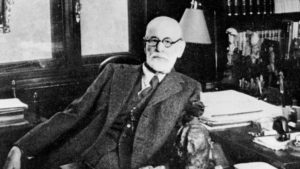 12. He thought that he was the apple of his mother’s eye and called himself “Golden Siggie.” He felt that his optimism, self-reliance and other positive attributes were because of the special love he got from his mother.

13. He was a polyglot. He mastered nearly 8 languages, which included English, German, Hebrew and Spanish.

14. Though he was a doctor by profession, he never wanted to be a doctor, he wanted to be a scientist. He joined medicine with the sole aim of conducting researcher.

15. As a medical student, Freud studied cocaine, which wasn’t illegal during his time, and published an article about cocaine’s health benefits, even calling it a miracle drug.

16. He was inspired by German physiologist Ernst Brucke. Under Brucke’s influence, he regarded an individual as an active participant who is heavily influenced by laws of nature.

17. After he entered private practice, he learned hypnosis from Jean Charcot as a means of treating neural disorders. However, he wasn’t satisfied and, along with Joseph Breuer, he developed what is now called as Free Association.

18. He gave a lot of importance to sexual conflicts and considered that neurosis had a sexual basis. He believed that early traumatic sexual experiences lead to neurotic behavior during adulthood. 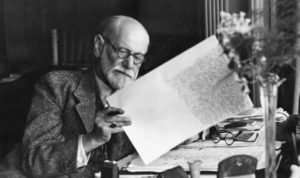 20. He regarded dreams to be the royal road to the unconscious.

21. In his “Interpretation of Dreams,” he gave symbolic meaning to objects and said that dreams represented repressed wishes of a person.

22. He believed that our actions are the direct result of the fulfillment of the motives of the unconscious.

23. Freud formulated psychosexual stages and said if the child’s needs aren’t met in any particular stage, he would get fixated to that stage. He related these fixations to neurotic and behavioral problems in the adulthood life of the individual.

24. Though he gave a lot of importance to childhood experiences, he had only one child as his patient. The child was popularly named Little Hans.

25. Anna, Freud’s daughter, was also an established psychoanalyst. However, unlike her father, she concentrated on the ego component of the personality and contributed significantly to child psychology. 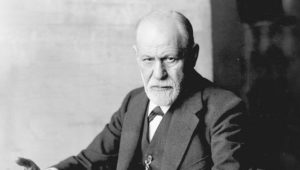 26. Freud psychoanalyzed Anna constantly and pushed away any male who showed interest in her. He contradicted his own theory in reality, considering his 18 year old daughter has no sexual feelings whereas, his theory states that children are as sexual as adults but their energies are diverted to substitute objects.

27. He was addicted to cocaine and cigars. Rarely would you see a photograph of Freud without a cigar in his hand.

28. Because of his cigar addiction, Freud had to undergo 33 surgeries, including a vasectomy in the last 16 years of his life.

29. Freud’s doctor resorted to euthanasia when Freud decided that he would end the pain of oral cancer and die a peaceful death.

30. Freud’s famous couch was actually a gift from one of his patients when he was using hypnosis as a method to treat neural disorders.