Captain James Cook was a British explorer, navigator, cartographer, and captain in the Royal Navy. Cook made detailed maps of Newfoundland prior to making three voyages to the Pacific Ocean, during which he achieved the first recorded European contact with the eastern coastline of Australia and the Hawaiian Islands.

1. Cook had the first recorded circumnavigation of New Zealand.

2. Cook joined the British merchant navy as a teenager and joined the Royal Navy in 1755.

3. He saw action in the Seven Years’ War, and subsequently surveyed and mapped much of the entrance to the Saint Lawrence River during the siege of Quebec.

4. In three voyages, Cook sailed thousands of miles across largely uncharted areas of the globe.

5. He mapped lands from New Zealand to Hawaii in the Pacific Ocean in greater detail and on a scale not previously achieved. 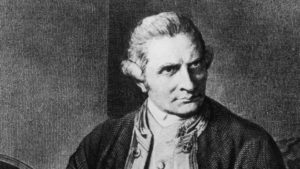 6. As he progressed on his voyages of discovery, he surveyed and named features, and recorded islands and coastlines on European maps for the first time.

7. He displayed a combination of seamanship, superior surveying and cartographic skills, physical courage and an ability to lead men in adverse conditions.

8. Cook was attacked and killed in 1779 during his third exploratory voyage in the Pacific while attempting to kidnap Kalani’opu’u, a Hawaiian chief, in order to reclaim a cutter stolen from one of his ships.

9. He left a legacy of scientific and geographical knowledge which was to influence his successors well into the 20th century, and numerous memorials worldwide have been dedicated to him.

10. He was born in 1728 near Middlesborough and first worked in a grocery store.

11. Cook later moved to Whitby, working on freight ships up and down the coast of England. 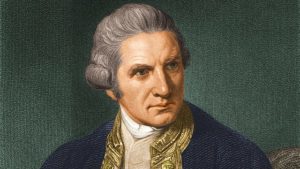 12. Cook liked for a while in his parents’ cottage in North Yorkshire. The cottage was moved brick by brick to Melbourne, Australia in 1934, where it stands today.

13. The first voyage of Captain James Cook was to Tahiti and Australia from 1768 to 1771. Cook’s job was to observe the planet Venus pass in front of the Sun.

14. His second voyage was in 1772 and it was to search for the large continent of Australia. On the voyage, Cook became one of the first men to sail across the Antarctic Circle.

15. Cook’s third voyage, in 1776, was to find the Northwest passage, connecting the Atlantic and Pacific. He was killed on this voyage, in 1779, during a confrontation with some Hawaiian islanders.

16. A monument at Kealakekua Bay in Hawaii commemorates Cook’s landing there and his later death. The surrounding land was given to the United Kingdom and is technically still part of the U.K.

17. Cook was the first European explorer to see and chart the eastern coast of Australia. He named many places on the coast, including Botany Bay, Cape Tribulation and Point Lookout.

18. He was the first European to see many of the islands in the South Pacific.

19. He was one of the first sailors to use a chronometer to measure time while at sea. 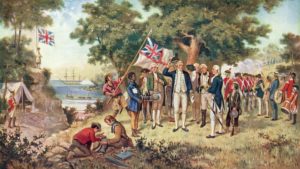 20. Cook is remembered for navigating by latitude and longitude, and suggesting that the Polynesians came from Asia. He also sailed around the world without any of his crew dying from scurvy.

21. The Cook Islands in the South Pacific Ocean are named in honor of James Cook.

22. He was the second of eight children of James Cook, a Scottish farm laborer from Ednam in Roxburghshire, and his locally born wife, Grace Pace, from Thornaby-on-Tees.

23. In 1736, his family moved to Airey Holme farm at Great Ayton, where his father’s employer, Thomas Skottowe, paid for him to attend the local school.

24. In 1741, after five years’ schooling, he began working for his father, who had been promoted to farm manager.

25. For leisure, he would climb a nearby hill, Roseberry Topping, enjoying the opportunity for solitude. 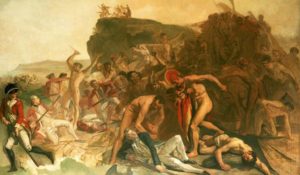 26. In 1745, when he was 16 years old, Cook moved 20 miles, or 32 kilometers, to the fishing village of Staithes, to be apprenticed as a shop boy to grocer and haberdasher William Sanderson. Historians have speculated that this is where Cook first felt the lure of the sea while gazing out of the shop window.

27. Cook married Elizabeth Batts, the daughter of Samuel Batts, keeper of the Bell Inn, Wapping, and one of his mentors, on December 21, 1762, at St. Margaret’s Church, Barking, Essex.

28. The couple had six children: James, Nathaniel, who was lost aboard HMS Thunderer which foundered with all hands in a hurricane in the West Indies, Elizabeth, Joseph, George and Hugh.

29. When not at sea, Cook lived in the East End of London.

30. Cook has no direct descendants as all of his children died before having children of their own.