1. He was a native speaker of Old Avestan and lived in the eastern part of the Iranian Plateau, but his exact birthplace is uncertain.

2. There is no scholarly consensus on when he lived. However, approximating using linguistic and socio-cultural evidence allows for dating to somewhere in the second millennium BCE.

3. Other scholars still date him in the 7th and 6th century BCE as a near-contemporary of Cyprus the Great and Darius I.

4. Zoroastrianism eventually became the official religion of Ancient Persia and its distant subdivisions from the 6th century BCE to the 7th century CE.

5. Zoroaster is credited with authorship of the Gathas as well as the Yasna Haptanghaiti, hymns composed in his native dialect, Old Avestan, and which comprise the core of Zoroastrian thinking. 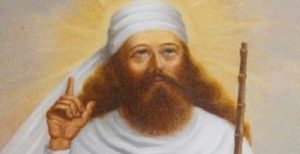 6. By any modern standard of historiography, no evidence can place him into a fixed period, and the historicization surrounding him may be part of a trend from before the 10th century that historicizes legends and myths.

7. The birthplace of Zoroaster is unknown, and the language of the Gathas is not similar to the proposed north-western and north-eastern regional dialects of Persia.

8. Yasna 9 and 17 cite the Ditya River in Airyanem Vaejah as Zoroaster’s home and the scene of his first appearance.

10. According to the tradition, he had four brothers, two older and two younger, whose names are given in much later Pahlavi work. 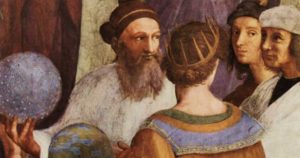 11. The training for priesthood probably started when he was about seven years old.

12. He became a priest probably around the age of fifteen, and according to Gathas, gained knowledge from other teachers and personal experience from traveling when he left his parents at age twenty.

13. By the age of thirty, he experienced a revelation during a spring festival; on the river bank he saw a shining being, who revealed himself as Vohu Manah and taught him about Ahura Mazda and five other radiant figures.

14. Zoroaster soon became aware of the existence of two primal Spirits, the second being Angra Mainyu, with opposing concepts of Asha and Druj.

15. He received further revelations and saw a vision of the seven Amesha Spenta, and his teachings were collected in the Gathas and the Avesta.

16. He taught about free will, and opposed the use of the hallucinogenic Haoma plant in rituals, polytheism, over-ritualising religious ceremonies and animal sacrifices, as well as an oppressive class system in Persia, which earned him strong opposition among local authorities.

17. At the age of about forty-two, Zoroaster received the patronage of queen Hutaosa and a ruler named Vishtaspa, an early adherent of Zoroastrianism.

18. Zoroaster’s teaching about individual judgment, Heaven and Hell, the resurrection of the body, the Last Judgment, and everlasting life for the reunited soul and body, among other things, became borrowings in the Abrahamic religions, but they lost the context of the original teaching.

19. According to the tradition, he lived for many years after the Vishtaspa conversion, managed to establish a faithful community, and married three times. 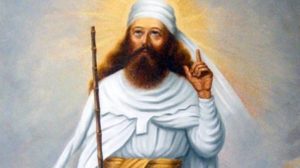 21. His third wife, Hvovi, was childless.

23. Like the Greeks of classical antiquity, Islamic tradition understands Zoroaster to be the founding prophet of the Magians.

24. Ahmadi Muslims view Zoroaster as a Prophet of God and describe the expressions of Ahura Mazda, the god of goodness, and Ahraman, the god of evil, as merely referring to the coexistence of forces of good and evil enabling humans to exercise free will.

25. Manichaeism considered Zoroaster to be a figure in a line of prophets of which Mani was the culmination. 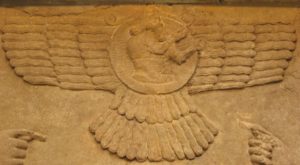 26. Zoroaster appears in the Baha’i Faith was a “Manifestation of God,” one of a line of prophets who have progressively revealed the Word of God to a gradually maturing humanity.

27. He shares an exalted station with Abraham, Moses, Krishna, Jesus, Muhammad, the Bab, and the founder of the Baha’i Faith, Baha’u’llah.

28. In the Gathas, Zoroaster sees the human condition as the mental struggle between truth and lie.

29. Zoroaster emphasized the freedom of the individual to choose right or wrong and individual responsibility for one’s deeds.

30. Zoroaster was known as a sage, magician, and miracle worker in post-Classical Western culture.