Vladimir Ilyich Ulyanov, better known by his alias Lenin, was a Russian communist revolutionary, politician and political theorist. He served as head of government of Soviet Russia from 1817 to 1924 and of the Soviet Union from 1922 to 1924. Take a look below for 30 more awesome and interesting facts about Vladimir Lenin.

1. Under his administration, Russia and then the wider Soviet Union became a one-party communist state governed by the Russian Communist Party.

4. Expelled from Kazan Imperial University for participating in protests against the Russian Empire’s Tsarist government, he devoted the following years to a law degree.

5. He moved to Saint Petersburg in 1893 and became a senior Marxist activist. 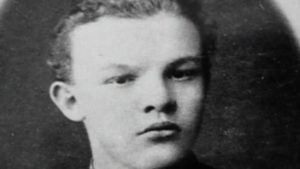 6. In 1897, he was arrested for sedition and exile to Shushenskoye for three years, where he married Nadezhda Krupskaya.

7. After his exile, Lenin moved to Western Europe, where he became a prominent theorist in the Marxist Russian Social Democratic Labour Party.

8. In 1903, he took a key role in a RSDLP ideological split, leading the Bolshevik faction against Julius Martov’s Mensheviks.

9. Encouraging insurrection during Russia’s failed Revolution of 1905, he later campaigned for the First World War to be transformed into a Europe-wide proletarian revolution, which as a Marxist he believed would cause the overthrow of capitalism and its replacement with socialism.

10. After the 1917 February Revolution ousted the Tsar and established a Provisional Government, Lenin returned to Russia to play leading role in the October Revolution, in which the Bolsheviks overthrew the new regime.

11. Lenin’s sister, Anna, and his brother, Alexander, both became embroiled in revolutionary ideas. Alexander was especially determined to end the rule of the tyrannical Tsars and belonged to a group known as the Terrorist Faction of the People’s Will. 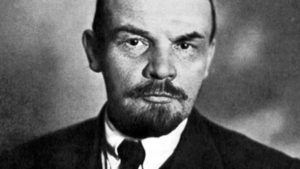 12. Lenin was responsible for the creation of the word Bolshevik. The name emerged at a meeting of the Russian Social Democratic Labor Party in 1903.

13. One of Lenin’s first jobs after his studies was when he worked at St. Petersburg as a lawyer. He often chose to represent poor clients who struggled against a system that was biased against them.

14. Lenin was obsessed with keeping his offices completely clean, even getting bent out of shape if the pencils weren’t sharpened. He also insisted on working in complete silence, demanding it from anyone around him.

15. During his travels in 1902, Lenin wore out his welcome in Germany with his promotion of Marxism, so he fled to London, just a step ahead of the police. It was in London that he met fellow Marxist in exile, Leon Trotsky.

16. In 1916, Lenin was still abroad when he received word that his mother had died. Stricken by the loss, things got worse when Lenin was unable to attend her funeral.

17. Lenin’s Bolshevik government initially shared power with the Left Socialist Revolutionaries, elected soviets, and a multi-party Constituent Assembly, although by 1918 it had centralized power in the new Communist Party.

18. Lenin’s administration withdrew from the First World War by singing a treaty with the Central Powers and promoted world revolution through the Communist International. 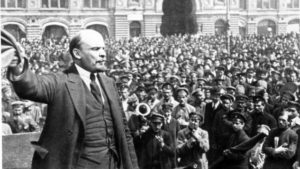 19. His administration defeated right and left-wing anti-Bolshevik armies in the Russian Civil War from 1917 to 1922 and oversaw the Polish-Soviet War of 1919 to 1921.

21. Widely considered one of the most significant and influential figures of the 20th century, Lenin was the posthumous subject of a pervasive personality cult within the Soviet Union until its dissolution in 1991.

22. He became an ideological figurehead behind Marxism-Leninism and, therefore, a prominent influence over the international communist movement.

23. A controversial and highly divisive individual, Lenin is viewed by supporters as a champion of socialism and the working class, while critics on both the left and right emphasize his role as founder and leader of an authoritarian regime responsible for political repression and mass killings.

24. Lenin saw himself as a man of destiny, and firmly believed in the righteousness of his cause and his own ability as a revolutionary leader.

25. According to historian and biographer Robert Service, Lenin developed an emotional attachment to his ideological heroes, such as Karl Marx, Engels, and Chernyshevky. He owned portraits of them, and privately described himself as being in love with Marx and Engels. 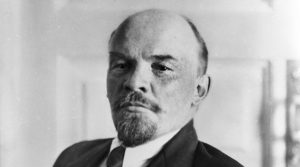 26. Aside from Russian, Lenin spoke and read French, German and English.

27. Concerned with physical fitness, Lenin exercised regularly. He enjoyed cycling, swimming, and hunting, and also developed a passion for mountain walking in the Swiss peaks.

28. He was fond of pets, cats in particular.

29. Lenin’s vanity was minimal, and for this reason he disliked the cult of personality that the Soviet administration began to build around him.

30. Lenin had a conservative attitude towards sex and marriage. Throughout his adult life, he was in a relationship with Krupskaya, a fellow Marxist whom he married. Lenin and Krupskaya both regretted that they never had children, and they enjoyed entertaining their friends’ offspring.