Cornelius Tacitus was a senator and a historian of the Roman Empire. The surviving portions of his two major works, the Annals and the Histories, examine the reigns of the emperors Tiberius, Claudius, Nero, and those who reigned in the Year of the Four Emperors. Take a look below for 30 more awesome and interesting facts about Tacitus.

1. Tacitus’ other writings discuss oratory, Germania, and the life of his father-in-law, Agricola, the general responsible for much of the Roman conquest of Britain, mainly focusing on his campaign in Britannia.

2. Tacitus is considered to be one of the greatest Roman historians.

3. He lived in what has been called the Silver Age of Latin literature, and is known for the brevity and compactness of his Latin prose, as well as for his penetrating insights into the psychology of power politics.

4. What little is known about his personal life comes from scattered hints throughout his work, the letters of his friend and admirer Pliny the Younger, and an inscription found at Mylasa in Caria.

5. He was born in 56 or 57 to an equestrian family, like many Latin authors of both the Golden and Silver Ages. 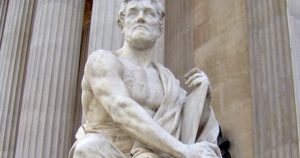 6. He was from the provinces, probably northern Italy or Gallia Narbonensis.

7. The exact place and date of his birth are not known, and his first name is also unknown.

8. In the letters of Sidonius Apollinaris, his name is Gaius, but in the major surviving manuscript of his work, his name is given as Publius.

9. Most of the older aristocratic families failed to survive the proscriptions which took place at the end of the Republic, and Tacitus makes it clear that he owed his rank to the Flavian emperors.

10. The claim that he was descended from a freedman is derived from a speech in his writings which asserts that many senators and knights were descended from freedman, but this is generally disputed.

11. His father may have been the Cornelius Tacitus who served as procurator of Belgica and Germania.

12. Pliny the Elder mentions that Cornelius had a son who aged rapidly, which implies an early death. 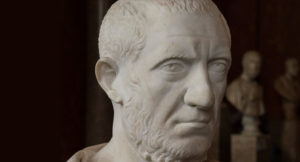 13. There is no mention of Tacitus suffering such a condition, but it is possible that this refers to a brother, if Cornelius was the father.

14. The friendship between the younger Pliny and Tacitus leads some scholars to conclude that they were both the offspring of wealthy provincial families.

15. His marriage to the daughter of Narbonensian senator Gnaeus Julius Agricola implies that he came from Gallia Narbonensis.

16. Tacitus’ dedication to Lucius Fabius Justus in the Dialogus may indicate a connection with Spain, and his friendship with Pliny suggests origins in northern Italy.

17. His ancestry, his skill in oratory, and his sympathetic depiction of barbarians who resisted Roman rule have led some to suggest that he was a Celt.

18. As a young man, Tacitus studied rhetoric in Rome to prepare for a career in law and politics. 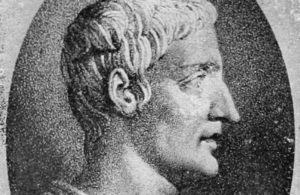 20. He married Julia Agricola, the daughter of the famous general Agricola. Little is known of their domestic life, except that Tacitus loved hunting and the outdoors.

21. He started his career under Vespasian, but entered political life as a quaestor in 81 or 82 under Titus.

22. He advanced steadily through the cursus honorum, becoming praetor in 88 and a quindecimvir, a member of the priestly college in charge of the Sibylline Books and the Secular games.

23. Tacitus gained acclaim as a lawyer and as an orator. His skill in public speaking ironically counterpoints his cognomen “Tacitus”, which means “silent.”

24. He served in the provinces from 89 to 93, either in command of a legion or in a civilian post.

25. He and his property survived Domitian’s reign of terror, but the experience left him jaded and perhaps ashamed at his own complicity, giving him the hatred of tyranny evident in his works. 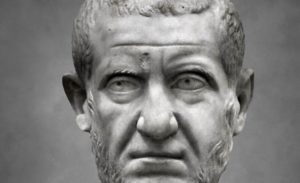 26. From his seat in the Senate, he became suffect consul in 97 during the reign of Nerva, being the first of his family to do so.

27. During his tenure, he reached the height of his fame as an orator when he delivered the funeral oration for the famous veteran soldier Lucius Verginius Rufus.

28. During his absence from politics and law, Tacitus wrote the Histories and the Annals.

29. In 112, he held the highest civilian governorship, that of the Roman province of Asia in Western Anatolia, recorded in the inscription found at Mylasa.

30. It’s not known if Tacitus had any children.