Lech Walesa is a retired Polish politician and labor activist. He co-founded and headed Solidarity, the Soviet bloc’s first independent trade union, won the Nobel Peace Prize in 1983, and served as President of Poland from 1990 to 1995. Take a look below for 30 more awesome and interesting facts about Lech Walesa.

1. While working at the Lenin Shipyard, Walesa, an electrician, became a trade-union activist, for which he was persecuted by the Communist authorities, placed under surveillance, fired in 1976, and arrested several times.

2. In August 1980, he was instrumental in political negotiations that led to the ground-breaking Gdansk Agreement between striking workers and the government.

3. He co-founded the Solidarity trade-union movement.

4. After martial law was imposed in Poland and Solidarity was outlawed, Walesa was again arrested.

5. Released from custody, he continued his activism and was prominent in the establishment of the 1989 Round Table Agreement that led to semi-free parliamentary elections in June 1989 and to a Solidarity-led government. 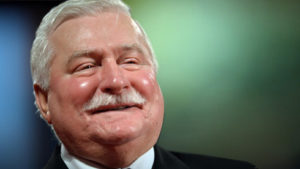 6. In the Polish general election of 1990, Walesa successfully ran for the newly re-established office of President of Poland.

7. He presided over Poland’s transition from communism to a post-communist state, but his popularity waned and his role in Polish politics diminished after he narrowly lost the 1995 presidential election.

8. Since the fall of Communism in Poland, there have been allegations that Walesa had collaborated with the earlier communist secret police.

9. In 2017, a lengthy investigation by the Institute of National Remembrance concluded that a handwriting study proved the authenticity of documents that Walesa had agreed to collaborate with the Communist Secret Police.

10. Walesa was born on September 29, 1943, in Popowo, a village located in the Lipno County in the north-central part of Poland. At that time, the country was under German occupation, which made life tough for the citizens.

11. His father, Boleslaw Walesa, was a carpenter. 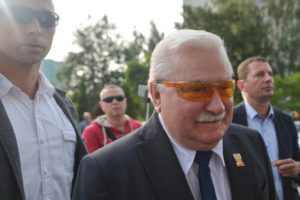 12. His father was rounded up by the German occupying forces before Lech was born and interned in a forced labor camp at Mlyniec for more than two years.

13. After World War II, his father returned home exhausted and sick, and died shortly after.

14. Lech was mostly brought up by his mother, Feliksa Walesa nee Kamienska, who later married her former brother-in-law, Stanislaw Walesa.

15. She is believed to have had a big influence on the development of Lech’s mental tenacity and beliefs.

16. He was the youngest of his parents’ three children, having a sister named Izabela and a brother named Edward.

17. He had three half brothers named Tadeusz, Zygmunt and Wojciech from his mother’s second marriage to his uncle Stanislaw.

18. Lech had his schooling in the nearby village of Chalin.

19. Although a good student, he was forced to abandon his studies at the age of 16 due to financial constraint, and thereafter moved to the nearby city of Lipno for his vocational training. 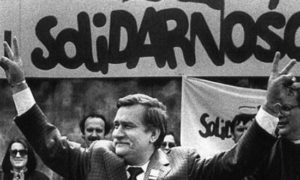 20. In spite of losing his popularity, Walesa is still revered as the man who got rid of communism and introduced democracy in Poland.

21. His other achievements include reduction of the foreign debt and withdrawal of Soviet troops from the country.

22. During his reign, Poland registered a 6% growth.

23. In 1983, Walesa was awarded with the Nobel Peace Prize for his campaign for the freedom of organizing trade unions in Poland. Since he was afraid of leaving Poland, lest he was not allowed to return home, his wife accepted the prize on his behalf.

24. He has received 30 state prizes and 50 awards from 30 different countries which include “Order of the Bath” from U.K., “Order of Merit” from Germany, “Legion of Honor” from France, “Medal of Freedom” from the United States, “Award of Free World” from Norway and the “European Human Rights Prize” from the EU.

25. He has received 45 honorary degrees from various universities including Harvard University and the University of Paris. 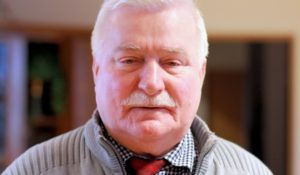 26. He is an honorary citizen of more than 30 cities around the world, including London.

29. In 2004, the Gdansk International Airport was official named the Gdansk Lech Walesa Airport.

30. A college hall of the Chicago Northeastern Illinois University, six streets and five schools in Poland, France, Canada, and Sweden are named after him.