Charlotte Bronte was an English novelist and poet, the eldest of the three Bronte sisters who survived into adulthood and whose novels have become classics of English literature. Take a look below for 30 more awesome and interesting facts about Charlotte Bronte.

2. Bronte left the year after she enlisted in school to teach her sisters, Emily and Anne, at home, returning in 1835 as a governess.

3. In 1839, she undertook the role as a governess for the Sidgwick family, but left after a few months to return to Haworth where the sisters opened a school, but failed to attract any students.

4. Her first novel “The Professor” was rejected by publishers, her second novel “Jane Eyre” was published in 1847, although it was not initially well received.

5. Bronte experienced the early deaths of all her siblings. 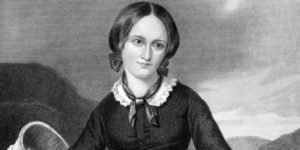 6. She became pregnant shortly after her marriage in June 1854, but died on March 31, 1855, of tuberculosis or possibly typhus.

7. She was the third of six children born to Maria Branwell and Patrick Bronte.

8. Her father was an Anglican clergyman who was appointed Perpetual curate of St. Michael and All Angels Church.

9. Bronte’s mother died of cancer in 1821, leaving behind six children. Her aunt, Elizabeth, took care of the family after her mother’s death.

10. She, along with her sisters, was sent to the Clergy Daughters’ School at Cowan Bridge.

11. The poor conditions at the Clergy Daughters’ School made the girls sick and resulted in the deaths of her two sisters. Her father removed his surviving daughters from the school. 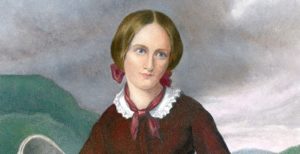 12. The surviving Bronte children were a close knit unit who created their own fictional literary world and together wrote stories, articles and poems.

13. The entire Bronte clan had a deep interest in writing and literature.

14. She wrote her first novella “The Green Dwarf” in 1833 under the pen name Wellesley.

16. Bronte and her sister Emily went to Brussels in 1842 to study under the institution of Constantin Heger and his wife Claire Zoe Heger. In return for their services, Bronte taught English and Emily taught music at the school run by the Hegers.

17. Her first published novel was “Jane Eyre”, which was released in 1847. It was published under her pen name Currer Bell.

18. “Jane Eyre” focused on the story of a plain governess by the name of Jane who falls in love with her employer Mr. Rochester. The novel is credited to have revolutionized the art of fiction.

19. “Jane Eyre” became a highly popular book and was a huge commercial success.

20. The success of her debut novel motivated Bronte to continue writing.

21. She was working on her second novel “Shirley” when multiple tragedies struck the Bronte household; three family members died within a period of eight months.

22. Bronte drowned herself in writing as a means of coping with her grief.

23. Even though she initially wrote under the male name of Currer Bell, her publisher insisted that she reveal her true identity following the success of her novels.

24. After revealing herself to the world, she became friends with Harriet Martineau and Elizabeth Gaskell. 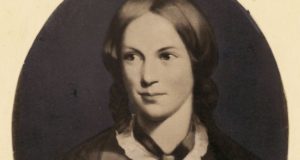 25. The last novel published during her lifetime, “Villette” was released in 1853.

26. Her father’s curate, Arthur Bell Nicholls, had been in love with Bronte for a long time and had proposed marriage.

27. Her father was initially opposed to the match but eventually agreed. The couple got married in 1854.

28. The daughter of an Irish Anglican clergyman, Bronte was herself an Anglican.

29. In a letter to her publisher, she claims to “love the Church of England.”

30. Bronte’s friendship with Elizabeth Gaskell, while not particularly close, was significant in that Gaskell wrote the first biography of Bronte after her death in 1855.