Aristotle was an ancient Greek philosopher and scientist born in the city of Stagira, Chalkidiki, in the north of Classical Greece. Along with Plato, Aristotle is considered the “Father of Western Philosophy,” which inherited almost its entire lexicon from his teachings, including problems and methods of inquiry, so influencing almost all forms of knowledge. Take a look below for 30 more awesome and interesting facts about Aristotle.

1. His father, Nicomachus, died when Aristotle was a child, and he was brought up by a guardian.

4. Shortly after Plato died, Aristotle left Athens and, at the request of Philip II of Macedon, tutored Alexander the Great beginning in 343 BC.

5. Teaching Alexander the Great gave Aristotle the opportunity to establish a library in the Lyceum, which helped him produce hundreds of books and papyrus scrolls. 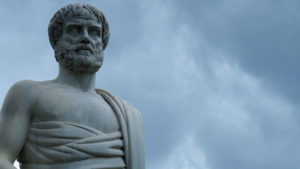 6. The fact that Aristotle was a pupil of Plato contributed to his former views of Platonism, but, following Plato’s death, Aristotle immersed himself in empirical studies and shifted from Platonism to empiricism.

7. He believed that all concepts and knowledge were ultimately based on perception.

8. Aristotle’s views on natural sciences represent the groundwork underlying many of his works.

9. His views on physical science profoundly shaped medieval scholarship. Their influence extended from Late Antiquity and the Early Middle Ages into the Renaissance, and weren’t replaced systematically until the Enlightenment.

10. Some of Aristotle’s zoological observations, such as on the hectocotyl arm of the octopus, were disbelieved until the 19th century.

11. His work contains the earliest known formal study of logic, studied by medieval scholars such as Peter Abelard and John Buridan. 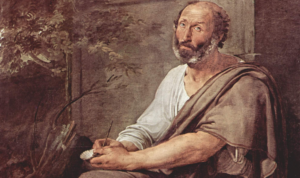 12. Aristotelianism profoundly influenced Islamic thought during the Middle Ages, as well as Christian theology, especially the Neoplatonism of the Early Church and the scholastic tradition of the Catholic Church.

13. Aristotle was revered among medieval Muslim scholars as “The First Teacher.”

14. His ethics, though always influential, gained renewed interest with the modern advent of virtue ethics.

15. Aristotle has been depicted by major artists including Raphael and Rembrandt.

16. Early Modern theories including William Harvey’s circulation of the blood and Galileo Galilei’s kinematics were developed in reaction to Aristotle’s.

17. In the 19th century, George Boole gave Aristotle’s logic a mathematical foundation with his system of algebraic logic.

18. In the 20th century, Martin Heidegger created a new interpretation of Aristotle’s political philosophy, but elsewhere Aristotle was widely criticized, even ridiculed by thinkers such as the philosopher Bertrand Russell and the biologist Peter Medawar. 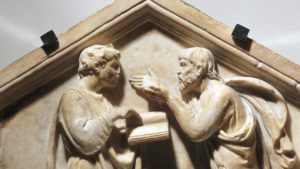 19. It’s believed that Aristotle composed about 200 works, but only 31 survive today.

20. Aristotle had compiled a set of writings that provide a logical toolkit for scientific and philosophical investigations. The Organon is a collection of his 6 works on logic.

21. Aristotle had established a philosophical school known as the Lyceum in 335 B.C. It was famously known as the Peripatetic School. The lectures at the school were divided into morning and afternoon sessions. The Lyceum also housed a collection of manuscripts comprising one of the world’s first great libraries.

22. His compilation of his quest into the nature of humans on the individual, familial and societal levels, known as Nicomachean Ethics, was a dedication to his son.

23. His son, Nicomachus, died in a battle at a very young age.

24. Aristotle married Pythias and had a daughter that was named after her mother. After the death of his first wife, Aristotle fell in love with Herpyllis who was a former slave of Pythias. Herpyllis was the mother of Nicomachus. 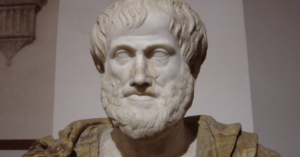 25. Aristotle was one of the first people in the world to learn about animals by dissecting them. Greek philosophers and educators of those times used to do all their work in their mind, thinking about the world without observing it.

26. According to Aristotle, the heart is the center of intelligence, not the brain.

28. Aristotle wasn’t the first to study biology, however, he pioneered the subject by applying a systematic critical empiricism to his study. This is why he’s known as the “Father of Biology.”

30. He believed that things can change over time but that the overall conditions will never change.