Albrecht Durer was a painter, printmaker, and theorist of the German Renaissance. Born in Nuremberg, Durer established his reputation and influence across Europe when he was still in his twenties due to his high-quality woodcut prints. Take a look below for 30 more awesome and interesting facts about Albrecht Durer.

1. He was in communication with the major Italian artists of his time, including Raphael, Giovanni Bellini and Leonardo da Vinci.

3. Durer is commemorated by both the Lutheran and Episcopal Churches.

5. The woodcuts, such as the Apocalypse series, are more Gothic than the rest of his work.

6. His well known engravings include the Knight, Death, and the Devil, Saint Jerome in his Study, and Melencolia I, which has been the subject of extensive analysis and interpretation.

7. His watercolors also mark him as one of the first European landscape artists, while his ambitious woodcuts revolutionized the potential of that medium.

8. Durer’s introduction of classical motifs into Northern art, through his knowledge of Italian artists and German humanists, has secured his reputation as one of the most important figures of the Northern Renaissance.

9. He was born in Nuremberg, Holy Roman Empire.

10. He was one of the 18 children of Albrecht Durer the Elder, a goldsmith and Barbara Holfer.

12. Durer got his early education at Lateinschule in St. Lorenz. 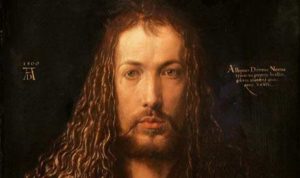 13. Later, he learnt the trade of goldsmithing and drawing from his father.

14. By the age of 13, Durer showed his skill in paintings by creating a self portrait.

15. In 1486, he started his apprenticeship of painting and woodcut designing under Michael Wolgemut, a leading artist of Nuremberg, with a large workshop producing a variety of works or art.

16. He remained an apprentice for four years.

17. After completing his apprenticeship, he followed a common German custom “Wanderjahre,” a tradition of setting out on travel for several years after finishing one’s apprenticeship as a craftsman.

19. During his travel over the Alps, he created some watercolor sketches. Here, he learnt about the works of Giovanni Bellini.

20. After returning to Nuremberg in 1495, he started his workshop. Within the next five years, his painting style reflected Italian influences. 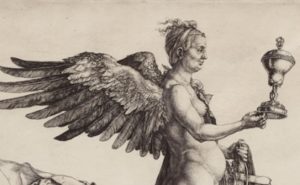 21. His works on woodcut prints like “The Men’s Bath House,” created in 1496, mirrors his religious interest.

23. In 1498, he created a series of woodcuts titled “Apocalypse.” In the same year, he worked on the engraving of “St. Michael Fighting the Dragon.” He also created the engraving on the Holy family and saints in this year.

25. In 1505, he traveled to Italy for the second time. There, he created several paintings among which the names of “Paumgartner altarpiece” and the “Adoration of the Magi” deserve special mention for their artistic beauty.

26. In the middle part of 1507, he came back to Nuremberg and he lied in Germany until 1520. During this period, he completed a number of famous paintings like “The Martyrdom of the Ten Thousand,” “Adoration of the Trinity” and so on. 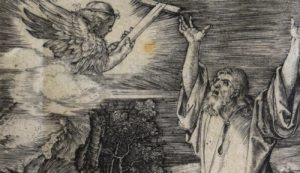 27. In July, 1520, he went to the Netherlands to attend the coronation ceremony of Emperor Charles V and to secure the Emperor’s patronage. During his journey, he produced a number of drawings in silverpoint, chalk and charcoal in Antwerp, Belgium.

28. He visited Brussels at the request of Christian II of Denmark to create the portrait of the King. After making arrangements of his pension, he came back to Nuremberg in the month of July 1521.

29. After working on several portraits, he remained busy in writing books.

30. In 1525, his book “The Four Books of Measurement” appeared. The book is considered as the first mathematics book for adults in German.