1. Perrette was born in New Orleans and raised throughout the southern United States.

3. In a 2011 interview with the Associated Press, Perrette confessed that her early ambitions were to work with animals, be in a rock and roll band or be an FBI agent.

4. She attended Valdosta State University in Valdosta, Georgia, where she studied criminal justice, and later moved to New York City to study at the John Jay College of Criminal Justice.

5. While in New York, she held a variety of jobs. She said, “Not only was I bartending in the club kids scene, with a bra and combat boots and a white Mohawk, but I also wore a sandwich board on roller skates passing out flyers for Taco Bell in the Diamond District.” 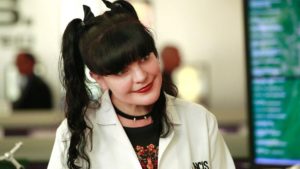 6. Perrette also worked as a cook on a Manhattan dinner cruise boat.

7. Her two favorite published CDs are Distorted Lullabies and Precious.

8. She has stated that if all else fails, she would like to be a security guard someday.

9. She was the lead singer in the all-girl punk band, Lo-Ball.

10. Perrette is very passionate about animal rescue and has three rescued dogs. One is a chihuahua called Cece. 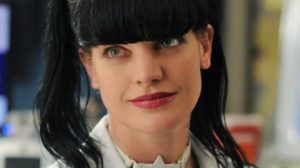 12. She was the homecoming queen her senior year. She was voted Best Personality and Most Easygoing of her senior class.

13. Perrette suffers from a severe phobia of magicians and conventional ovens.

14. She’s the co-owner, with Matthew Sandusky and Darren Greenblatt, of Donna Bell’s Bake Shop in New York City. The shop is named for Perrette’s mother.

15. She modeled clothing for Lip Service in its 2001 catalogs.

16. For much of her twenties, Perrette wore a bald head that she shaved with a razor.

17. While working odd jobs in New York, she was introduced by a friend to an advertising agency director. From then on, according to Perrette, “I started booking commercials like crazy!” 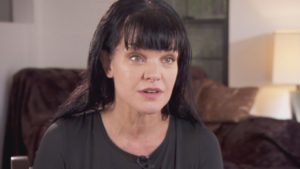 18. She appeared as a waitress at Cafe Nervosa on the sitcom Frasier during season four, in the episode “Three Dates and a Break Up,” and she guest starred in season one of 24.

19. In 2001, as a recurring character introduced in season two of Special Unit 2, she played Alice Cramer, the Unit’s public relations person.

20. She landed her most prominent role, playing Abby Sciuto, an eccentric forensic scientist, on NCIS, a television series based on the Naval Criminal Investigative Service.

21. In addition to acting, Perrette is a published poet, writer, photographer, and spoken word artist, a lover of music of all kinds, and a passionate advocate for civil rights.

22. In 2007, she began production on a documentary about U.S. civil rights attorney and author Mark Lane.

23. In a 2005 interview with Craig Ferguson, Perrette said that she has a lifelong crime obsession. She was an undergrad student in sociology, psychology and criminal science. 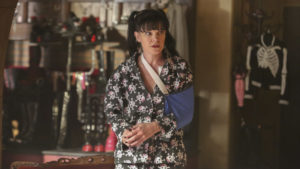 24. In the January/February 2010 Performer Q Score, Perrette tied in the top 3 alongside Tom Hanks and Morgan Freeman. She was the only woman to make the top 10.

25. Perrette started appearing in television commercials for Expedia.com in late 2010.

26. Perrette recorded her song “Fear”, co-written with Tom Polce, under the name “Stop Making Friends.” The song was recorded for NCIS: The Official TV Soundtrack, which was released on February 10, 2009.

28. In 2011, Perrette was the featured vocalist on a song called “Fire in Your Eyes” by B. Taylor, a Las Vegas based hip hop artist.