Audrey Marie Hilley was an American murderer. Her life and killing spree are the subjects of the 1991 television movie “Wife, Mother, Murderer.” Take a look below for 27 more interesting and strange facts about Audrey Marie Hilley.

1. Audrey Marie Frazier was born on June 4, 1933, in Blue Mountain, Alabama to Lucille and Huey Frazier.

2. She married Frank Hilley on May 8, 1951, which produced two children, Mike and Carol.

3. Despite Frank’s well paying job and Audrey’s secretary job, the couple didn’t have much money set aside in savings due to her excessive spending habits, leading to friction in the marriage.

4. Not known to Frank, Audrey was spending more than they earned combined and frequently engaged in sex with her bosses in exchange for money. 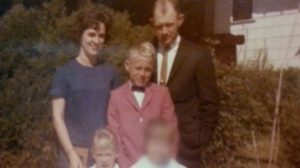 5. Eventually, Frank began suffering from a mysterious illness, as did his son Mike, although Mike’s symptoms abruptly stopped when he moved away to attend seminary.

6. In 1965, after coming home early due to illness, Frank walked in to find Audrey in bed with her boss. Despite being hurt and disgusted, he felt powerless to do anything, so he turned to his son, Mike, who was then an ordained minister.

7. In May 1975, Frank visited his doctor complaining of nausea and tenderness in his abdomen. After the condition persisted, he was admitted to a hospital, where tests showed a malfunction of the liver. He died early morning on May 25th, 1975.

8. Frank’s autopsy, which was performed with Audrey’s permission, showed swelling of the kidneys and lungs, bilateral pneumonia, and inflammation of the stomach.

9. After the death of her husband, Audrey redeemed a life insurance policy for $31,140, which was taken out secretly.

10. Three years after Frank’s death, Audrey took out a $25,000 life insurance policy on her daughter Carol. Within months, Carol began experiencing trouble with nausea and was admitted to the emergency room several times. 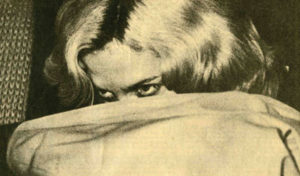 11. A year after filing the insurance policy on her daughter, Audrey gave Carol an injection that she claimed would alleviate the nausea. However, the symptoms only worsened.

12. A month after Carol was admitted to the hospital, her physician said that she was suffering from malnutrition and vitamin deficiencies, adding that he suspected heavy metal poisoning for her condition.

14. After discharging Carol from the hospital, Audrey had her admitted to the University of Alabama Hospital.

15. When Carol was admitted to the University of Alabama Hospital, Audrey was arrested for passing bad checks, which was written to the insurance company that insured Carol’s life, causing the policy to lapse.

16. The University of Alabama Hospital physicians concentrated their investigation on the possibility of heavy metal poisoning, noting that Carol’s hands and feet were numb, that she had nerve palsy causing foot drop, and that she had lost most of her deep tendon reflexes.

17. When forensic tests were done on Carol’s hair, it was found that she had arsenic levels ranging from over 100 times the normal level close to the scalp to zero times the normal level at the end of the hair shaft. This showed that Carol had been given increasingly larger doses of arsenic over a period of four to eight months. 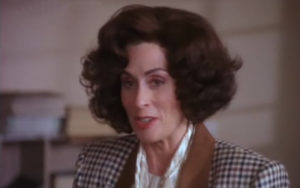 18. Audrey was still in jail on her bad check charges when she was arrested on October 9th for the attempted murder of her daughter.

19. On November 9th, 1979, Audrey was released on bail, after which she registered at a local motel under an assumed name and disappeared. A note was left behind indicating that she, “might have been kidnapped.” She was listed as a fugitive.

20. On November 19th, 1979, there was a break-in at the home of her aunt. A car, some women’s clothing and an overnight bag were missing from the home.

21. She first went to Florida, where she met John Greenleaf Homan III. At the time, she was using the name Robbi Hannon. They lived together for more than a year before she married Homan on May 29, 1981, and took his last name. The two moved to New Hampshire.

22. In the summer of 1982, she left New Hampshire, telling John that she needed to attend to family business and see some doctors about a mysterious illness.

23. During her trip, using the alias Teri Martin, she called John and told him that Robbi Homan had died in Texas, but that there was no need for him to come to Texas because the body had been donated to medical science.

24. On November 12, after changing her hair color and losing weight, she went back to New Hampshire and met John, posing as Teri Martin, his “deceased” wife’s sister.

25. After an obituary for Robbi Homan appeared in a New Hampshire newspaper, it aroused suspicion when police were unable to verify any of the information in it. A New Hampshire state police detective found that the woman living as Teri Martin was, in fact, Robbi Homan and that she had staged her death.

26. When the police brought Audrey in for questioning, she confessed to being Audrey Marie Hilley. She was returned to Alabama to face trial.

27. Audrey was convicted and sentenced to life in prison for her husband’s murder and 20 years for attempting to kill her daughter.