Lisa Olivia Munn, born July 3, 1980, is an American actress and model. She was credited as Lisa Munn in her early career but, since 2006, she has used the name Olivia Munn. She began her professional career in television journalism before becoming an actress.

1. In 2006, Munn starred as Mily Acuna on the series Beyond the Break.

3. Munn had supporting roles in various movies and television series since 2004.

4. She played the character Sloan Sabbith on the television series The Newsroom from 2012 to 2014 and appeared in the movie X-Men: Apocalypse as Psylocke and The Lego Ninjago Movie as Koko. 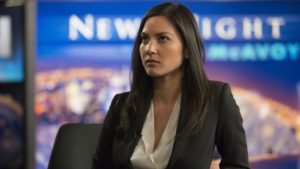 6. Her father, Winston Barrett Munn, is an American of English, Irish and German descent. Her mother, Kimberly Schmid, was born and raised in Vietnam, and is of Chinese descent.

7. Her mother was a Vietnamese refugee who fled to Oklahoma in 1975 after the Vietnam War. After college, her mother married Winston.

8. When Munn was two years old, her mother remarried to a member of the United States Air Force. Although the family relocated many times, Munn was predominantly raised on Yokota Air Base near Tachikawa in Tokyo, Japan, where her stepfather was stationed.

9. During her time in Japan, she appeared in a number of local theater productions and later became a model in the Japanese fashion industry.

10. When her mother and stepfather divorced, and Munn moved back to Oklahoma, she attended Putnam City North High School for her junior and senior years.

11. Munn attended the University of Oklahoma, majoring in journalism and minoring in Japanese and dramatic arts. 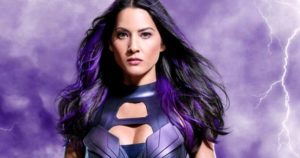 12. She has booked campaigns for Nike, Pepsi, Neutrogena and Hewlett Packard.

13. Her grandfather, Luke Eugene Munn, died from cancer, as noted at the end of the December 12, 2006, episode of The Daily Show.

14. After graduating from the University of Oklahoma, Munn became an intern at the station KJRH-TV in Tulsa, Oklahoma. She later moved to Los Angeles, California to pursue an acting career.

16. She used to speak Japanese fluently, which she learned from her time in Tokyo, Japan, but now she says she requires a tutor to get it back on track.

17. Her sister’s birthday is July 1st, two days before her July 3rd birthday, and they sometimes celebrate both birthdays together on July 1st.

18. On August 13, 2013, she dislocated her right shoulder when the connectors of the indoor swing in her Prague apartment she was riding on, became disconnected from the ceiling and the swing crashed to the floor. 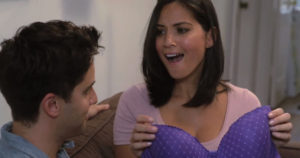 19. Journalist Irin Carmon condemned her being hired by The Daily Show as a correspondent. This became the basis for 30 Rock: TGS Hates Women.

20. She was in a relationship with Green Bay Packers quarterback Aaron Rodgers. When she first met him, she was unaware of who he was.

21. She’s the youngest of five children of Winston Barrett Munn and Kimberly Schmid.

22. She enjoys surfing, which she continued practicing since the television series Beyond the Break.

23. She accused director Brett Ratner of repeatedly sexually harassing her over a period of several years.

24. In regard to her faith and work in Deliver Us from Evil, Munn has stated that, “I didn’t believe in the supernatural before this movie.” 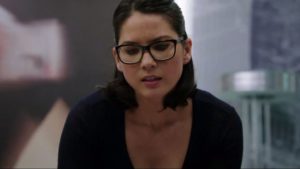 25. In 2011, Munn teamed up with Dosomethng.org’s Green Your School Challenge. She was a spokesperson for the campaign by filming a PSA regarding the challenge, and sat on the panel of judges that evaluated the entries.

26. Munn helped PETA with a campaign that ultimately freed a sick elephant from a touring circus.