Lacey Nicole Chabert, born September 30, 1982, is an American actress, voice actress, and singer. She first gained prominence as a child actress on television for her role as Claudia Salinger in the television drama Party of Five. She has also provided the voice of Eliza Thornberry in the animated series The Wild Thornberrys and two feature films. Take a look below for 27 more interesting and awesome facts about Lacey Chabert.

1. In film, she has appeared in Lost in Space, Not Another Teen Movie, and Daddy Day Care, and had leading roles as Gretchen Wieners in Mean Girls, Meg Cummings in Dirty Deeds and Dana Mathis in the horror remake Black Christmas.

2. Chabert has appeared in 12 Hallmark Channel movies, saying, “I love working for Hallmark, they’be been so good to me. I have friends there now. I’m proud of their movies and the message of their movies.”

3. Chabert was born in Purvis, Mississippi, to Julie and Tony Chabert. Her father, a French speaker from Louisiana, is of Cajun, Sicilian and English descent. Her mother has English, Scottish and remote Italian ancestry.

4. Her father worked as a maintenance operations representative for an oil company. 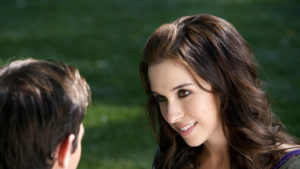 6. She was World’s Baby Petite in the World’s Our Little Miss Scholarship Competition in 1985.

7. In 1992 and 1993, she played young Cosette in the Broadway production of Les Miserables.

8. She was among celebrities paying for $250 meals in the fifth-annual Celebrity Server Dinner at the Palm Restaurant in Los Angeles, with processed benefiting Victory Over Violence.

9. Chabert was originally selected to play the role of Young Lily in the movie Return to the Blue Lagoon, but bailed for unknown reasons.

10. Chabert was an avid photographer and a strong supporter of programs that encourage teens to spend their time creatively and productively. 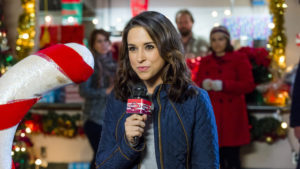 11. She judged and promoted Eastman Kodak Company’s The Yearbook Click, a national in-school photography contest for the 1999-2000 school year.

12. She was originally chosen to play Chloe Steele in Left Behind III: World at War, but a scheduling conflict made that impossible. Janaya Stephens got the role instead.

15. She was the first and only choice considered to play Gretchen Wieners in Mean Girls.

17. She was the original voice of Meg Griffin for the first 13 episodes of Family Guy, before Mila Kunis took over the part. She was uncredited for the role. 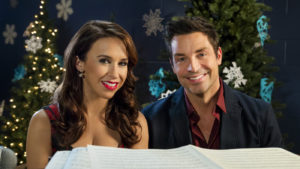 19. Chabert gave birth to her first child at the age of 33, a daughter named Julia Mimi Bella Nehdar on September 1, 2016. The child’s father is her husband, David Nehdar.

20. She was the first of the four main Mean Girls cast-members to get married and have a baby.

22. Chabert has spoken publicly about her faith and said that she related to her character in Christian Mingle.

23. She lives in Southern California, where she moved with her family in 1994 to begin work on Party of Five. 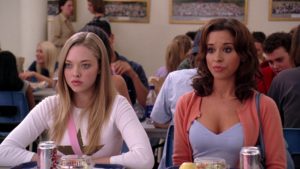 25. In 2007, Chabert starred in the pilot episode of the Fox comedy The Hot Years, which revolved around the lives of four female friends who live together. The pilot was not ordered to series by Fox.

26. Chabert made her debut to the big screen in the late 1990s starring as Penny Robinson in the fantasy space thriller Lost in Space.

27. She won both the 1997 and 1998 The Hollywood Reporter Annual Young Star Award for Best Performance by a Young Actress in a Drama TV Series for Party of Five, and have been nominated three other times for work from 1999 to 2000.