The Mummy is a 2017 American action adventure movie directed by Alex Kurtzman and written by David Koepp, Christopher McQuarrie and Dylan Kussman, with a story by Kurtzman, Jon Spaihts and Jenny Lumet. It’s a reboot of The Mummy franchise and the first installment in Universal’s planned Dark Universe franchise. Take a look below for 27 more fun and interesting facts about The Mummy.

1. The movie stars Tom Cruise as a U.S. solider who accidentally unearths the ancient tomb of an entrapped Egyptian princess, played by Sofia Boutella.

4. The Mummy grossed $409 million worldwide, making it a box office bomb given its high production and marketing costs, with projected losses of up to $95 million. 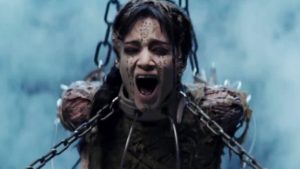 5. The zero gravity scene took 64 takes and was shot for two days in a falling plane. Reportedly, a lot of the crew got nauseous during the scene and vomited, except for the main stars, Tom Cruise and Annabelle Wallis, who were really proud of the stunt.

6. The movie’s tagline, “Welcome to a new world of gods and monsters,” is a quote from Bride of Frankenstein, which was also produced by Universal and will be the next installment in the Dark Universe franchise.

7. Director Alex Kurtzman stated that there is no post credits scene because, “That’s Marvel’s domain.”

8. The Mummy’s design and gender were altered to avoid similarity with the titular villain of X-Men: Apocalypse.

9. The movie’s original plot was set in Iraq and followed a Navy SEAL and his team that battle mummies led by Ashurbanipal.

10. While Nick and Hyde fight, the book of the dead from the 1999 The Mummy movie is briefly visible. 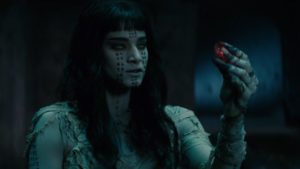 11. Len Wiseman was originally set to direct but dropped out before production began. Wiseman was then replaced by Andy Muschietti, but he also later dropped out due to creative differences.

13. The movie was partially filmed in London, England, with principal photography taking place from April to August, 2016.

14. The character played by Tom Cruise was originally named Tyler Colt, but this was ultimately changed to Nick Morton.

15. This was the first live action Mummy movie to be released since The Mummy: Tomb of the Dragon Emperor.

16. In Stargate SG-1, Ahmanet is the name of Apophis’ Queen. 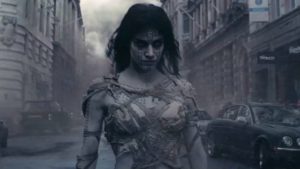 18. Baltasar Kormakur was offered the opportunity to direct, but turned it down.

19. The movie introduces Russell Crowe as Dr. Henry Jekyll, who is also known as Mr. Edward Hyde, which will set up the character for a standalone movie in Universal’s monster universe.

20. Just after Nick sees the skull with fangs in Prodigium, the arm of the Gillman, who is also known as the Creature from the Black Lagoon, can be seen floating in one of the jars to the right.

21. The book that Jenny knocks Dr. Jekyll’s henchman out with is the Book of Amun-Ra from the 1999 The Mummy movie.

22. Hyde calls Nick “young” during their fight scene, even though in real life, Tom Cruise is a year older than Russell Crowe. 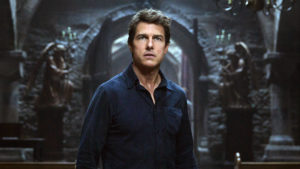 24. When Dr. Jekyll turns into Hyde, his character trades his upper class accent to a cockney accent. This trope to differentiate Jekyll from Hyde was first used in an obscure musical version of Dr. Jekyll and Mr. Hyde.

25. Nick’s relationship with his friend Chris is directly taken from the movie An American Werewolf in London. In that movie, David and Jack confront a werewolf. Jack is killed and David is bit. David is then haunted by Jack’s rotting ghost who tells him he is cursed and advises him on what to do. In The Mummy, Nick is cursed by the Mummy, Chris dies, and his rotting ghost tells Nick that he’s cursed, advises him and has comic banter.

26. Composer Brian Tyler started work on the music for the movie early, writing about a half hour of music before filming even began.

27. The release of The Mummy and American Made mark the first time that Tom Cruise has appeared in more than one movie per year since 2012. In 2012, he starred in both Rock of Ages and Jack Reacher.