Winnie Ruth Judd was a Phoenix, Arizona medical secretary that was accused of murdering her friend, Agnes Anne LeRoi and Hedvig Samuelson in October, 1931. The murder was allegedly over the affections of Jack Halloran, who was a prominent Phoenix businessman. The murder was discovered when Judd tried to transport the victims bodies, one of which was dismembered, from Phoenix to Los Angeles by train in trunks and other luggage. Take a look below for 27 more frightening and bizarre facts about Winnie Ruth Judd.

1. Due to transporting the bodies in trunks, the press began naming her case the “Trunk Murders.”

2. She was born on January 29, 1905, to a Methodist minister and his wife in Indiana. When she was 17 years old, she married Dr. William C. Judd, who was a World War I veteran and more than 20 years older than her.

3. Her husband was reportedly a morphine addict as a result of his war injuries. He also had problems keeping a job, which forced them to more around frequently.

4. By 1930, the two lived separately with Winnie moving to Phoenix, Arizona and working as a governess to a wealthy family. It’s during this time that she met John J. “Happy Jack” Halloran, a 44 year old Phoenix businessman who was very active in the city’s political and social circles.

5. Even though he was married Halloran was known as a playboy and a philanderer. Winnie and John became very friendly and eventually had an affair.

6. Winnie later got a better job as a secretary at the Grunow Medical Clinic in Phoenix, where she met Agnes Anne LeRoi, who was an x-ray technician, and Hedvig Samuelson, who was Agnes’s roomate. LeRoi and Samuelson also knew Halloran and were very friendly with him. 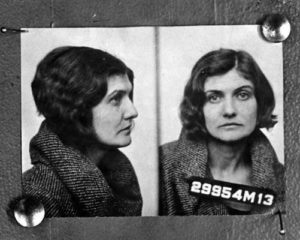 7. According to police, on October 16, 1931, LeRoi and Samuelson were murdered by Judd due to a fight over who Halloran liked more.

8. Judd killed LeRoi and Samuelson with a .25 caliber handgun that was located in their rented bungalow.

10. 2 days after killing LeRoi and Samuelson, Judd, with her left hand bandaged from a gunshot wound, boarded the Golden State Limited passenger train from Phoenix’s Union Station with her body filled trunks and traveled overnight to Los Angeles.

11. When she arrived the next morning, the trunks came under suspicion by the station personnel due to the stench of the rotting bodies and bodily fluids escaping the trunk.

12. Burton McKinnell, Judd’s brother, picked Judd up from the train station while being completely unaware that she had killed 2 people.

14. Judd disappeared in Los Angeles. She hid for several days before coming out of hiding and surrendering to the police in a funeral home on October 23, 1931.

15. The murders became headline news across the United States, with the press calling Judd “Tiger Woman” and “The Blonde Butcher.”

16. After the murder took place, the bungalow’s landlord placed newspaper ads in The Arizona Republic and The Phoenix Evening Gazette stating that the public can have tours of the hme for 10 cents per person. 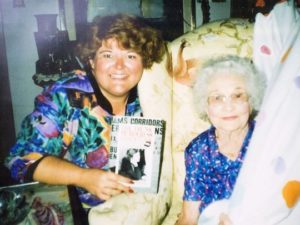 17. Over the next 3 weeks, hundreds of people toured the 3 room bungalow to imagine how Judd went about killing LeRoi and Samuelson.

18. The authorities claimed that LeRoi and Samuelson were shot while sleeping in their beds.

19. During her trial, the dismemberment aspect of the double murder was never addressed in court because Judd was tried only for the murder of LeRoi, whose body wasn’t dismembered.

21. The persecution argued that Judd planned the murder out over the weeks when the 3 women were arguing over who Halloran liked more. They also argued that Judd shot herself to try and claim self defense.

22. The jury found Judd guilty of first degree murder of LeRoi in February 8, 1932. Her appeal was unsuccessful.

23. After her appeal was turned down, Judge Speakman sentenced her to be hanged on February 17, 1933. However, the death sentence was overturned after a 10 day hearing found her mentally incompetent. She was then sent to the Arizona State Asylum for the Insane on April 24, 1933. 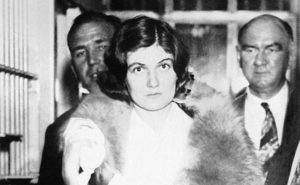 24. When the relationship between Halloran and Judd was found, Halloran came under suspicion of complicity in the killings. Halloran was indicted by a grand jury as an accomplice to murder on December 30, 1932, following new testimony from Judd where she stated that Halloran helped remove all evidence.

25. On January 25, 1933, the judge freed Halloran stating that the persecutions case was inconsistent and that trying him would be an “idle gesture.” Even though he was free, Halloran fell out of favor with the local Phoenix population which hit his business hard.

27. Her last escape was on October 8, 1963, and she used a key to the front door that a friend gave her. She ended up in the San Francisco Bay Area where she worked as a live in maid for a wealthy maid. She lived there for 6 years before her real identity was discovered and she was taken back to Arizona on August 18, 1969.