Ivar the Boneless was a Viking leader and a commander who invaded what is now England. According to “The Saga of Ragnar Lodbrok,” he was the son of Ragnar Lodbrok and Aslaug. His brothers include Bjorn Ironside, Halfdan Ragnarsson, Hvitserk, Sigurd Snake-in-the-Eye and Ubba. Take a look below for 27 more bizarre and interesting facts about Ivar the Boneless.

1. The origin of his nickname is not known.

2. The sagas describe him as lacking bones.

3. Ivar could have had what is now called Ehlers Danlos, which causes recurrent joint dislocations and joint hypermobility, and is a genetic collagen deficiency.

4. According to the “Tale of Ragnar Lodbrok,” Ivar’s bonelessness was the result of a curse. 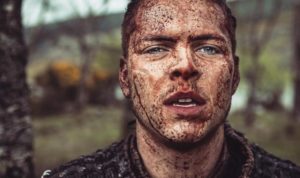 6. His mother was a “volva.” She said that she and her husband must wait three nights before consummating their marriage after his return following a long separation. However, Ragnar was overcome with lust after such a long separation and didn’t heed her words. As a result, Ivar was born with weak bones.

7. There is a theory that Ivar was actually known as “the Hated,” which in Latin would be Exosus, or without bones.

8. While the sagas describe Ivar’s physical disability, they also emphasize his wisdom, cunning, and a mastery of strategy and tactics in battle.

9. He is often considered identical to Imar, the founder of the Ui Imair dynasty which at various times, from the mid-ninth to the tenth century, ruled Northumbria from the city of York, and dominated the Irish Sea region as the Kingdom of Dublin.

10. He was said to be very lethal, but is usually mentioned killing with a bow or upon laying hold of an enemy. 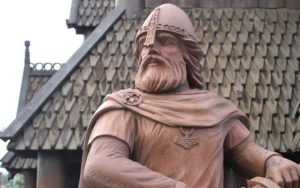 11. He is said, elsewhere, to have towered over his enemies, and to have great strength; but, this may simply be literary license typical of heroic poetry.

12. Many histories dismiss the idea that Ivar was actually a cripple, emphatic in the belief that the Norse wouldn’t have followed someone into battle who couldn’t even stand.

13. According to the sagas, Ivar’s intelligence, cunning, and wisdom were so great that his brothers were reluctant to take on challenges without his insight.

14. Some believe that “boneless” refers to impotency, since it’s mentioned in the sagas that Ivar never showed any lust or had love for anything besides war, and only a few sources suggest any progeny.

15. The sagas describe him both in terms of a bear but also as a cunning fox.

16. It’s a mystery as to how many years Ivar was active as the leader of the vikings.

17. In 865, the Great Heathen Army, led by Ivar, invaded the Anglo-Saxon Heptarchy. The Heptarchy was the collective name for the seven kingdoms, East Anglia, Essex, Kent, Mercia, Northumbria, Sussex and Wessex. 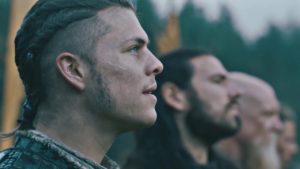 19. According to legend, Aella was executed by Ivar and his brothers using the blood eagle, a ritual method of execution of debated historicity whereby the rib-cage is opened from behind and the lungs are pulled out, forming a wing-like shape.

20. Ivar and Ubba were identified as the commanders of the Danes when they returned to East Anglia in 869, and as the executioners of the East Anglian King, Edmund the Martyr, for refusing their demand that he renounce Christ. 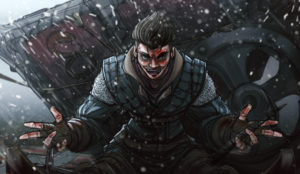 23. In 1686, a farm laborer called Thomas Walker discovered a Scandinavian burial mound at Repton in Derbyshire, close to a battle site where the Great Heathen Army overthrew the Mercian king Burgred of his kingdom. It has been suggested that the burial mound was the final resting place of Ivar.

24. According to the saga, Ivar ordered that he be buried in a place which was exposed to attack, and prophesied that, if that was done, foes coming to the land would be met with failure.

25. Ivar the Boneless is a minor character in the movie “Alfred the Great,” portrayed as an acrobatic and agile warrior.

26. In the History Channel’s television series, “Vikings,” Ivar is portrayed as the son of Ragnar and Aslaug and a younger half-brother to Bjorn Ironside. He first appeared in Season Two as a baby, and later was played by James Quinn Markey and Alex Hogh Andersen.

27. Ivar appears in Nancy Farmer’s “Sea of Trolls” trilogy as a weak king married to a half-troll.