1. He was scheduled to die by lethal injection at 9:00 PM on September 30, 2010, in California’s first use of capital punishment since the lifting of a court-ordered moratorium.

2. The use of lethal injection had been suspended in the state since February, 2006, because of objections of cruel and unusual punishment for shortcomings of the facilities and procedures previously in use at San Quentin State Prison.

3. Brown’s lawyers appealed to block their client’s execution, with the execution initially planned to be carried out in a new facility at the prison that is certified to use either a single or three-drug protocol.

4. The U.S. Ninth Court of Appeals ordered U.S. District District Judge Jeremy D. Fogel to review the case and noted that the execution date may have been influenced by the fact that the prison’s inventory of sodium thiopental, one of the drugs required for lethal injection, would expire on October 1, 2010. 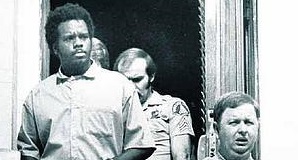 6. On September 29, 2010, the Supreme Court of California unanimously denied an appeal by the state to proceed by the end of the month.

7. Brown’s execution was then delayed because the prison’s supply of the lethal injection drug had expired. The manufacturer of sodium thiopental stated that new supplies wouldn’t be available until 2011.

8. Brown grew up in Tulare, California, with his father’s family that reportedly saw to it that, “every kid went to college.”

9. According to a Tulare Western High School yearbook, he was to be part of the class of 1972. However, he was expelled from school after he accidentally fired a gun that he had brought on campus and grazed another student in the head.

10. He joined the the U.S. Marine Crops, but was brought to court-martial and discharged in 1975 for being absent without leave.

11. He moved to Riverside, California, to live with his divorced mother and was soon charged with brutally raping and impregnating an 11 year old girl. She said that Brown told her since he was a black man and she was a black girl, she was, “in need of a feeding.”

12. His victim was forced to perform oral sex, and Brown then violently raped and choked her and finally sodomized her.

13. Brown plead guilty and was sentenced to two years of probation.

14. On an early morning in 1976, Brown broke into a home in Riverside and hid in a closet until all of the residents had left. When a 14 year old girl returned from a paper route to go to school, he choked her unconscious and brutally raped her in her mother’s room.

15. Brown plead guilty to charges of First Degree with Force on May 4, 1978, and was sentenced to state prison.

16. He was paroled on June 14, 1980, and found work cleaning and preparing new cars for sale at Rubidoux Motors in Riverside County. 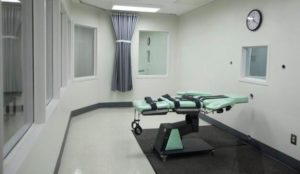 17. On the morning of October 28, 1980, Brown abducted 15 year old Susan Louise Jordan while she was on her way to Arlington High School in Riverside. He had been posing as a jogger on the route.

18. After dragging her to an orange grove, Brown brutally raped and sodomized her and strangled her to death with her own shoelace. He also took her identification cards and school books.

19. Brown was arrested on November 6, 1980, after three witnesses came forward to identify him and his Pontiac Trans Am with a Rubidoux Motors paper plate near the site of the murder.

20. During a search of Brown’s home on November 7, police found Susan’s books, a newspaper article about the case, and a Riverside telephone directory in which the page opposite the listing for the Jordan family was folded.

21. Brown was found to have been late to work on the day his victim disappeared.

22. A jogging suit stained with blood and sperm was found in his locker at the employee coffee shop. 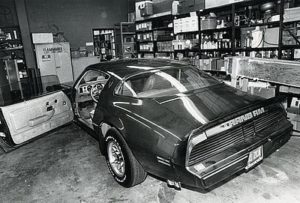 24. Brown claimed that he had been physically abused by his aunt as a child and spanked by his mother. His mother denied abusing Brown but claimed that her son was out buying milk at the time of the murder.

25. The jury deliberated for less than three hours on February 19 and sentenced Brown to death.