David Joseph Carpenter, also known as the Trailside Killer, is an American serial killer known for stalking and murdering several people on hiking trails in state parks near San Francisco, California. Take a look below for 26 more scary and terrifying facts about David Carpenter.

3. Carpenter, a native of San Francisco, was physically abused as a child by his alcoholic father and domineering mother.

4. As a boy, he had a severe stutter, a persistent bed-wetting problem, and exhibited cruelty to animals. 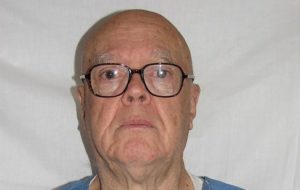 5. At the age of 13, Carpenter was incarcerated for molesting two of his cousins.

7. Carpenter first attempted murder in 1960, for which he spent seven years in prison.

8. In 1970, he was arrested for kidnapping and spent a further seven years behind bars.

9. After his release, he became a suspect in the notorious Zodiac murders, although he was eventually cleared. 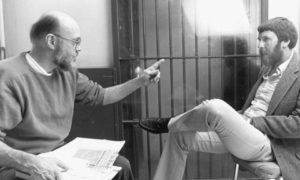 11. On May 10, 1988, a San Diego jury convicted him on five counts of first-degree murder in the slayings of Richard Stowers, Cynthia Moreland, Shauna May, Diane O’Connell and Anne Alderson.

12. Carpenter was also found guilty of raping two of the women and attempting to rape a third.

13. He was sentenced to die in the gas chamber, and remains on San Quentin’s death row.

14. Following his conviction for the Marin County murders, Carpenter was tried, and subsequently convicted, by a Santa Cruz jury for the murders of two other women, Ellen Hansen and Heather Scaggs.

15. The jury found Carpenter guilty of the attempted murder of Hansen’s hiking companion Steven Haertle, the attempted rape of Hansen, and the rape of Scaggs.

17. In December, 2009, San Francisco police reexamined evidence from the October 21, 1979, murder of Mary Frances Bennet, who was jogging at Lands End when she was attacked and stabbed to death. A DNA sample obtained from the evidence matched to Carpenter through state Department of Justice files.

18. In February, 2010, police confirmed the match with a recently obtained sample from Carpenter.

19. Carpenter is still a suspect in the murders of Edda Kane and Barbara Schwartz.

20. Carpenter provided the context for Joyce Maynard’s 2013 novel “After Her.”

21. Over the years, Carpenter made a living working various jobs, including as a salesman and as a printer.

22. He served in the Coast Guard before he was honorably discharged.

23. In 1960, Carpenter befriended a woman and lured her into the woods in Presidio, where he bound her with a clothesline, beat her with a hammer, and stabbed her in the hand.

24. While he was committing murders, Carpenter took courses in computer printing at the California Trade School.

25. After getting his degree, he got a job as a typesetter instructor.

26. Carpenter primarily targeted young women who were hiking in the woods. After subduing them with a blitz attack, he would kill them either by shooting them with a .44 and a .38 handgun execution-style or by stabbing them with an unknown bladed instrument, sometimes also binding them with wire or clothesline.