Bread is a staple food prepared from a dough of flour and water. Throughout history, it’s been one of the most popular foods around the world and is one of the oldest artificial foods, having been important since the dawn of agriculture. It also plays essential roles in religious rituals and secular culture. Take a look below for 26 more interesting and fun facts about bread.

1. Bread mold fungus draws nutrients from the bread for its survival, and destroys the bread in the process.

2. The most common bread in Lima, Peru’s capital, is called Pan Frances, which means French bread. However, the bread has nothing to do with France and Pan France doesn’t even exist in France.

3. Bread is one of the only foods that eaten by people of every race, region and culture.

4. In Russia, bread and salt are symbols of “welcome.” 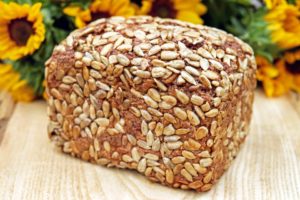 6. Egyptians were the first to add yeast to bread, transforming it from a flat bread to something lighter.

7. It takes 9 seconds for a combine to harvest enough wheat to make about 70 loaves of bread.

8. Superstition says that it’s bad luck to turn a loaf of bread upside down or cut an unbaked loaf.

9. In some cultures, there’s a legend that whoever eats the last piece of bread has to kiss the cook.

11. An average slice of packages bread contains about 1 gram of fat and 75 to 80 calories.

12. Bread was eaten at least 7,500 years ago and it remains our staple food today. It was called “The Staff of Life” in Biblical times.

13. We eat the equivalent of over 9 million large loaves of bread every day.

14. There are 3 basic types of bread, white, brown and whole wheat; however, there are more than 200 varieties of bread that consumers can choose. 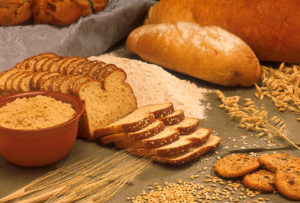 15. Evidence from 30,000 years ago in Europe found starch residue on rocks used for pounding plants. It’s possible that during this time, starch extract from the roots of plants, such as cattails and ferns, was spread on a flat rock, placed over a fire and cooked into a primitive for of flatbread.

16. Around 10,000 B.C., with the dawn of the Neolithic age and the spread of agriculture, grains became the mainstay of making bread.

17. The Greeks picked up the technology for making bread from the Egyptians. From Greece, the practice of making bread spread over the rest of Europe.

18. Bread and wheat were very important in Rome, where it was thought more vital than meat. Soldiers felt slighted if they weren’t given their allotment. The Roman welfare state was based on the distribution of grain to people living in Rome. Later, the government even baked the bread.

19. Throughout history, a person’s social status could be found by the color of bread they ate. The darker the bread, the lower the social status. This was because the white flours were more expensive and harder for millers to adulterate with other products. Today, the trend has reversed with darker breads being more expensive and prized for their nutritional value.

20. Toast is sliced bread that has been browned by exposure to radiant heat. The browning is the result of a Maillard reaction that alters the flavor of the bread, making it firmer so that it’s easier to spread toppings on it.

21. French toast is traditionally made from stale bread soaked in eggs whisked with milk and then fried. French toast wasn’t invented in France, and it’s been around before France was even a country. While it’s origins are unknown, it’s not surprising that people came up with a way to use their stale bread. 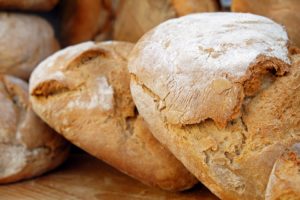 22. Sacramental bread, which is sometimes called altar bread Communion bread, the Lamb or simply the host, is the bread which is used in the Christian ritual of the Eucharist. Both Eastern and Western traditions insist that the bread must be made from wheat.

25. A Spanish baker, Pan Pina, in the Algatocin village is selling what it claims to be the world’s most expensive bread at 117 euros, or about $140, a loaf. Each 400 gram, or 14 ounce, loaf of bread made at the Pan Pina bakery contains whole wheat flour, spelt and dehydrated honey. It’s also sprinkled with 250 milligrams of gold dust.

26. In 1943, right in the middle of World War II, the United States government banned sliced bread. It was deemed an unnecessary use of materials and resources with a war effort going on. This didn’t sit well with the general public, nor baking companies. One woman wrote into the New York Times proclaiming, “how important sliced bread is the morale and saneness of a household.”