Herodotus was a Greek historian who was born in Halicarnassus in the Persian Empire and lived in the fifth century BC, a contemporary of Thucydides, Socrates and Euripides. He’s often referred to as “The Father of History,” a title first conferred by Cicero. Take a look below for 26 more interesting and fun facts about Herodotus.

1. He was the first historian known to have broken from Homeric tradition to treat historical subjects as a method of investigation.

2. The Histories is the only work which he is known to have produced, a record of his “inquiry” on the origins of the Greco-Persian Wars.

3. Some of his stories are fanciful and other are inaccurate, yet he states that he’s reporting only what he was told. A sizable portion of the information he provided was later confirmed by historians and archaeologists.

4. His record of the achievements of others was an achievement in itself, though the extent of it has been debated. 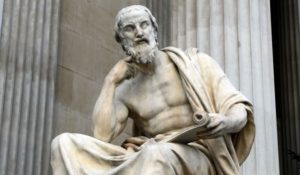 5. Herodotus’ place in history and his significance may be understood according to the traditions within which he worked.

6. His work is the earliest Greek prose to have survived intact. However, Dionysius of Halicarnassus, a literary critic of Augustan Rome, listed seven predecessors of Herodotus, describing their work as simple, unadorned accounts of their own and other cities and people.

7. Herodotus was born at Halicarnassus around 484 BC.

8. His family was influential and he was the son of Lyxes and Dryo, and the brother of Theodorus.

9. Herodotus was related to Panyassis, an epic poet of the time.

10. The town he was born in was within the Persian Empire at the time, making Herodotus a Persian subject. 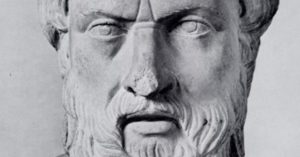 11. Herodotus wrote his Histories in the Ionian dialect, yet he was born in Halicarnassus, which was a Dorian settlement. According to the Suda, Herodotus learned the Ionian dialect as a boy living on the island of Samos, to which he had fled with his family from the oppression of Lygdamis.

12. In the Suda, it stats that Herodotus later returned home to lead the revolt that eventually overthrew the tyrant Lygdamis.

13. Herodotus spent several years of his early manhood in unusually extensive travel. One early trip was to the Black Sea, where he appears to have sailed along both the south and west coasts.

14. He went by sea to the coast of Syria, then overland to the ancient city of Babylon, and on his way back, he may have traveled through Palestine to Egypt.

15. Herodotus visited Egypt at least once, probably after 455 BC. It’s possible that he went on his travels primarily as a trader, for in his writings he shows great interest in the products and methods of transport of the countries he describes, and few Greeks of his generation could have afforded to make such lengthy journeys purely for pleasure.

16. About 450 BC, Herodotus went to live for a time in Athens. During his stay there, he’s said to have become a close friend of the poet Sophocles.

17. There are stories of Herodotus becoming intimate with the great Athenian statesman Pericles, but the stories aren’t very reliable.

18. After Athens, Herodotus migrates to the Athenian colony of Thurii in southern Italy, which remained his home for the rest of his life. 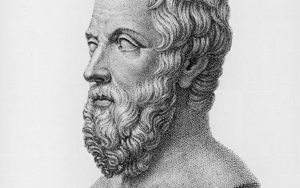 19. In its final form, Herodotus’ Histories couldn’t have been completed until the last years of his life, but parts were undoubtedly written much earlier, as we are told that he gave public readings form it while he was living in Athens.

20. It’s possible that he originally thought of just writing about the Persian attack on Greece in 480 BC, but in the end it expanded to embrace the whole history of the relations between the Greek world and Persia and other kingdoms of Asia.

21. Histories starts off with the accession of Croesus, the last King of Lydia, and gives an account of his reign, including his conquest of the Asiatic Greeks and his overthrow by the Persian King Cyrus.

22. In compiling the materials for his Histories, Herodotus depended mainly on his own observations, the accounts of eyewitnesses on both sides, and, for earlier events, oral tradition.

23. The results of modern archaeological investigations show that he was a very accurate reporter of what he saw himself. However, hen he depended on others for information, he wasn’t always critical enough in deciding what was reliable and what was not. 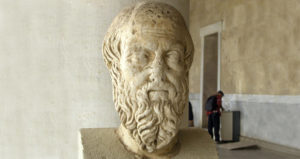 24. Herodotus was particularly uncritical in dealing with military operations, since he had no personal experience in warfare and, therefore, couldn’t always assess accurately the military plausibility of the stories he heard.

25. Herodotus wrote his Histories with a remarkable degree of detachment, showing hardly any of the Greeks’ usual bias against the hereditary enemy, Persia, or of their contempt for barbarian people.

26. While Herodotus doesn’t achieve the depth of understanding of his successor, Thucydides, his range of interests is much wider, embracing not only politics and warfare but also economics, geography and the small intricacies of mankind.