Thucydides was an Athenian historian and general. His History of the Peloponnesian War recounts the fifth-century BC war between Sparta and Athens until the year 411 BC. Thucydides has been dubbed the father of “scientific history” by those who accept his claims to have applied strict standards of impartiality and evidence-gathering and analysis of cause and effect. Take a look below for 26 more interesting and awesome facts about Thucydides.

1. He has been called the father of the school of political realism, which views the political behavior of individuals and the subsequent outcomes of relations between states as ultimately mediated by and constructed upon the emotions of fear and self-interest.

2. His text is still studied at universities and military colleges worldwide.

3. The Melian dialogue is regarded as a seminal work of international relations theory, while his version of Pericles’ Funeral Oration is widely studied by political theorists, historians and students of the classics.

4. Thucydides developed an understanding of human nature to explain behavior in such crises as plagues, massacres and civil war. 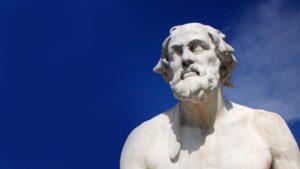 6. His father, Oloros, was connected with royalty in the area of Thrace. Some sources say that his family was rich, even to the extent of owning gold mines.

7. Thucydides was in Athens in the early part of the war and survived the deadly plague that killed large numbers of Athenians, including the leader, Pericles.

8. His History of the Peloponnesian War contains graphic descriptions of plague victims.

9. In 424, Thucydides was elected general and sent to command a group of Athenians at Amphipolis. However, by the time he got there, the city was already under Spartan control.

10. Rulers in Athens blamed Thucydides for not keeping hold of Amphipolis and sent him into exile. 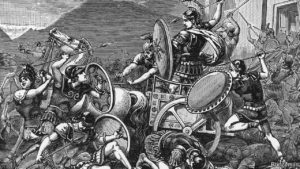 11. Thucydides was probably connected through family to the Athenian statesman and general Miltiades and his son Cimon, leaders of the old aristocracy supplanted by the Radical Democrats.

12. He took permanent residence in his family’s estate and, given his ample income from the gold mines, he was able to dedicate himself to full-time history writing and research, including many fact-finding trips.

13. Thucydides was a well-connected man of considerable resources who, after involuntarily retiring from the political and military spheres, decided to fund his own historical investigations.

14. According to Pausanias, someone named Oenobius was able to get a law passed allowing Thucydides to return to Athens, presumably sometime shortly after the city’s surrender and the end of the war in 404 BC.

15. Pausanias goes on to say that Thucydides was murdered on his way back to Athens. However, many doubt that seeing as there’s evidence to suggest that he lived as late as 397 BC.

16. The abrupt end to Thucydides’s narrative, which breaks off in the middle of the year 411 BC, has traditionally been interpreted that he died while writing his book. 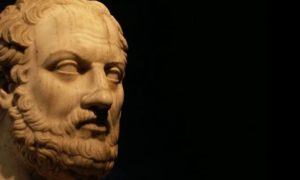 17. Thucydides admired Pericles, approving of his power over the people and showing a marked distaste for the demagogues who followed him.

18. He didn’t approve of the democratic commoners nor the radical democracy that Pericles ushered in, but considered democracy acceptable when guided by a good leader.

19. Thucydides’ work indicates an influence from the teachings of the Sophists that contributes substantially to the thinking and character of his History.

20. He was especially interested in the relationship between human intelligence and judgment, fortune and necessity, and the idea that history is too irrational and incalculable to predict.

21. Scholars traditionally view Thucydides as recognizing and teaching the lesson that democracies need leadership, but that leadership can be dangerous to democracy.

22. Due to the loss of the ability to read Greek, Thucydides and Herodotus were largely forgotten during the Middle Ages in Western Europe, although their influence continued in the Byzantine world. 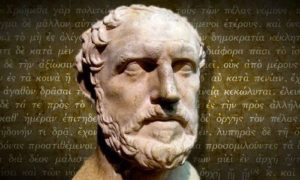 23. The first European translation of Thucydides, into Latin, was made by the humanist Lorenzo Valla between 1448 and 1452, and the first Greek edition was published by Aldo Manuzio in 1502.

24. During the Renaissance, Thucydides attracted less interest among Western European historians as a political philosopher than his successor, Polybius, although Poggio Bracciolini claimed to have been influenced by him.

25. In the 17th century, the English political philosopher Thomas Hobbes, whose Leviathan advocated absolute monarchy, admired Thucydides and in 1628 was the first to translate his writings into English directly from Greek.

26. Thucydides, Hobbes and Machiavelli are together considered the founding fathers of political realism, according to which, state policy must primarily or solely focus on the need to maintain military and economic power rather than on ideals or ethics.