Publius Vergilius Maro was an ancient Roman poet of the Augustan period. He wrote three of the most famous poems in Latin literature: the Eclogues, the Georgics, and the epic Aeneid. Take a look below for 26 more fun and interesting facts about Virgil.

1. A number of minor poems, collected in the Appendix Vergiliana, are sometimes attributed to him.

2. Virgil is traditionally ranked as one of Rome’s greatest poets.

3. His Aeneid has been considered the national epic of ancient Rome since the time of its composition.

4. Modeled after Homer‘s Iliad and Odyssey, the Aeneid follows the Trojan refugee Aeneas as he struggles to fulfill his destiny and reach Italy, where his descendants Romulus and Remus were to found the city of Rome. 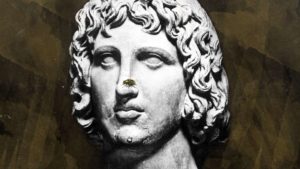 5. Virgil’s work has had wide and deep influence on Western literature, most notably Dante‘s Divine Comedy, in which Virgil appears as Dante’s guide through Hell and Purgatory.

6. Virgil’s biographical tradition is thought to depend on a lost biography by Varius, Virgil’s editor, which was incorporated into the biography by Suetonius and the commentaries of Servius and Donatus, the two great commentators on Virgil’s poetry.

7. Tradition holds that Virgil was born in the village of Andes, near Mantua, in Cisalpine Gaul.

8. Analysis of his name has led to beliefs that he descended from earlier Roman colonists.

9. Macrobius says that Virgil’s father was of a humble background; however, scholars generally believe that Virgil was from an equestrian landowning family which could afford to give him an education.

10. He attended schools in Cremona, Mediolanum, Rome and Naples. 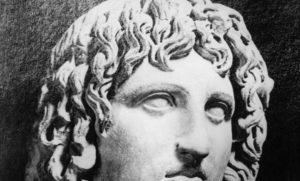 11. After considering briefly a career in rhetoric and law, the young Virgil turned his talents to poetry.

13. Virgil received his first education when he was five years old and he later went to Cremona, Milan, and finally Rome to study rhetoric, medicine and astronomy, which he soon abandoned for philosophy.

14. From Virgil’s admiring references to the neoteric writers Pollio and Cinna, it has been inferred that he was, for a time, associated with Catullus’ neoteric circle.

15. Virgil seems to have suffered bad health throughout his life and in some ways lived the life of an invalid.

17. Even as the Western Roman empire collapsed, literate men acknowledged that Virgil was a master poet.

19. In the Middle Ages, Virgil’s reputation was such that it inspired legends associating him with magic and prophecy. 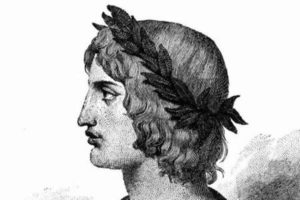 20. From at least the third century, Christian thinkers interpreted Eclogues 4, which describes the birth of a boy ushering in a golden age, as a prediction of Jesus‘ birth.

21. At one point, Virgil came to be seen on a similar level to the Hebrew prophets of the Bible as one who had heralded Christianity.

22. Possibly as early as the second century AD, Virgil’s works were seen as having magical properties and were used for divination.

23. In the 12th century, starting around Naples but eventually spreading widely throughout Europe, a tradition developed in which Virgil was regarded as a great magician. 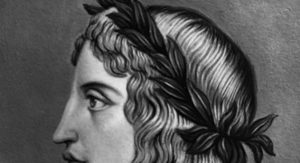 24. Legends about Virgil and his magical powers remained popular for over two hundred years, arguably becoming as prominent as his writings themselves.

25. Virgil’s legacy in medieval Wales was such that the Welsh version of his name, Fferyllt or Pheryllt, became a generic term for magic-worker, and survives in the modern Welsh word for pharmacist, fferyllydd.

26. The structure known as “Virgil’s tomb” is found at the entrance of an ancient Roman tunnel in Piedigrotta, a district 3 kilometers, or 2 miles, from the center of Naples, near the Mergellina harbor, on the road heading north along the coast to Pozzuoli.