Luke George Evans, born April 15, 1979, is a Welsh actor. Evans began his career on the stage, performing in many of London’s West End productions such as Rent, Miss Saigon, and Piaf before getting his Hollywood breakthrough role starring in the Clash of the Titan 2010 remake. Take a look below for 26 more fun and interesting facts about Luke Evans.

1. Following his debut, Evans was cast in action and thriller movies such as Immortals, The Raven, and the re-imagined The Three Musketeers.

2. In 2013, Evans starred as the main antagonist Owen Shaw in the blockbuster Fast & Furious 6, and also played Bard the Bowman in Peter Jackson’s three part adaption of J.R.R. Tolkien’s The Hobbit.

4. In 2017, Evans starred as Gaston in Disney’s live action adaption of Beauty and the Beast, and portrayed American psychologist William Moulton Marston, creator of fiction character Wonder Woman, in the biographical drama Professor Marston and the Wonder Women. 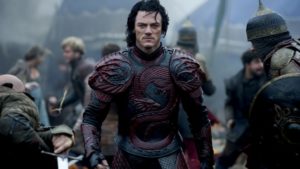 5. Evans was born in Pontypool, and brought up in Aberbargoed, a small town in the Rhymney Valley, Wales, the only child of Yvonne and David Evans.

6. He was raised as a Jehovah’s Witness, though he left the religion when he was 16 years old and left school at the same time.

7. At the age of 17, he moved to Cardiff, where he studied under the supervision of Louise Ryan, an established singing coach.

9. He has played two Greek gods. Apollo in Clash of the Titans and Zeus in Immortals.

10. He was considered for the role of Tom Buchanan in The Great Gatsby. 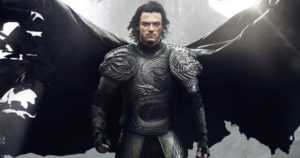 11. Evans appeared in Rent-Remixed at the Duke of York’s Theater, London.

13. In 2014, Evans acknowledged the importance of marketability, and that, although he doesn’t hide his sexuality, he is reticent to discuss it with the media.

14. In 2008, he landed his most significant theater role playing Vincent in the play Small Change, written and directed by Peter Gill at the Donmar Warehouse.

15. For his role as Vincent in Small Change, Evans gained recognition from film casting directors and U.S. agencies, and was nominated for the Evening Standard Award for best newcomer.

16. Evans got his first film audition when he was 30 years old, playing the Greek god Apollo in the 2010 remake Clash of the Titans. 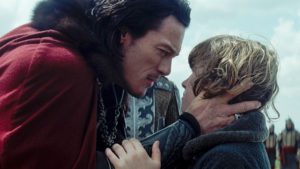 18. Evans portrayed DI Craig Stokes in Blitz, the film adaption of Ken Bruen’s novel of the same name, in which he starred with Jason Statham and Paddy Considine.

19. In early 2010, he shot the independent movie, Flutter, directed by Giles Borg.

20. At the end of 2010, he took on a role opposite John Cusack in James McTeigue’s movie The Raven, replacing Jeremy Renner. In the movie, Evans played Detective Emmett Fields, who investigates a series of murders alongside Cusack’s Edgar Allan Poe.

22. In June 2014, he joined the cast of the movie High Rise with Tom Hiddleston and Jeremy Irons. 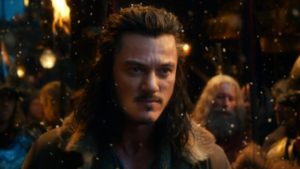 24. In 2016, Evans appeared in the thriller movie The Girl on the Train, co-starring Emily Blunt.

25. In 2018, he stars in the TNT drama The Alienist, as newspaper illustrator John Moore.

26. In 2013, Evans was cast as Eric Draven in the reboot of The Crow, however, in January 2015, Evans officially exited The Crow to pursue other projects.