Patricia Dianne Krenwinkel is an American murderer and former member of Charles Manson’s cult family. During her time in the Manson group, she was known by various aliases such as Big Patty, Yellow, Marnie Reeves and Mary Ann Scott. To the Manson family, however, she was most commonly known as Katie. Take a look below for 25 more terrifying and bizarre facts about Patricia Krenwinkel.

2. She was born in Los Angeles, California, to a homemaker mother and an insurance salesman father.

3. She went to University High School and Westchester High School. She was often bullied at school by other students, suffered from low self esteem, and was always teased for being overweight and for having an excessive growth of body hair, which is caused by an endocrine condition.

4. When she was 17, her parents divorced and Krenwinkel stayed in Los Angeles with her father until she graduated from Westchester High School.

5. For some time, she taught Catechism, which is Roman Catholic religious instruction, and even considered becoming a nun. She decided to go to the Jesuit College, Spring Hill College, in Mobile, Alabama. 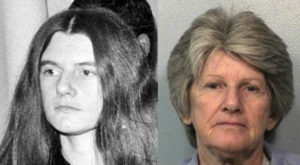 6. Within one semester, Patricia dropped out and moved back to California, finding an office job as a processing clerk.

7. She met Charles Manson on Manhattan Beach in 1967, along with Lynette Fromme and Mary Brunner, who were already known as Charlie’s Girls. She slept with Manson the first night they met, saying that he was the first person to say she was beautiful.

8. In the summer of 1968, Krenwinkel and Ella Bailed managed to get picked up by the Beach Boys founding member and drummer, Dennis Wilson, who invited them to his home. Once they got word back to Manson about the mansion they were staying at, Manson brought the entire family there. After destroying much of the mansion, they left.

9. Eventually, they decided to live in isolation, so they persuaded the blind and elderly George Spahn to allow them to live on his property and converged on Spahn’s Ranch in the hills above the SAn Fernando Valley.

10. Krenwinkel was a willing participant in the infamous murders on August 9, 1969, at 10050 Cielo Drive, home of actress Sharon Tate and her husband director Roman Polanski. Tate was more than 8 months pregnant.

11. She also killed Abigail Folger, the coffee heiress, by dragging her out of her room and stabbing her so many times that her white nightgown appeared red to the police the next day.

12. Along with Manson, Watson, Atkins, Steve Grogan, Leslie Van Houten, and Linda Kasabian, Krenwinkel went to the home of Southern California grocer Leno LaBianca and his wife, Rosemary, on Waverly Drive in the Los Feliz section of Los Angeles. The group tortured and killed the couple.

13. After the murder, Krenwinkel stayed in their home showering and playing with the dogs while Mason, Atkins, Kasabian and Grogan drove around Los Angeles looking for someone else to kill.

14. One week after the murders on August 16, 1969, Krenwinkel, Manson and other “family” members were rounded up by police and arrested on suspicion of auto theft. However, because of a date error, the search warrant was later ruled invalid and the group was released. 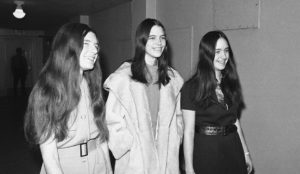 15. Because of the police raid, Manson decided to move the family to another ranch, this time near Death Valley.

16. On October 10, 1969, most Manson family members were arrested again. However, this time, Krenwinkel’s father bailed her out.

17. Susan Atkins told the police all about her involvement in the Tate and LaBianca murder to cellmates Virginia Graham and Veronica “Ronnie” Howard. Because of her confession and Howard’s disclosure, Krenwinkel was soon picked up by the police near her aunt’s home in Mobile, Alabama.

18. During her trial, Krenwinkel seemed unfazed by the possibility of a guilty verdict and a death sentence. She was reportedly drawing doodles of devils and other satanic figures.

19. During the trial, she remained completely loyal to Manson and his family. They walked hand in hand with Atkins and Van Houten, singing songs written by Manson, as well as shaving their heads and carving an X in their foreheads, just as Manson was doing.

20. At the end of the trial, Krenwinkel was convicted of all counts and sentenced to death on March 29, 1971.

21. Her death sentence was automatically changed to life in prison after the California Supreme Court’s People v. Anderson case decision invalidated all death sentences imposed in California prior to 1972. 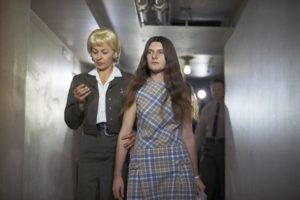 22. While in prison, she broke away from Manson and the family. She maintained a perfect prison record and received a Bachelor’s degree in Human Services from the University of La Verne. She’s also active in prison programs such as Alcoholics Anonymous and Narcotics Anonymous.

23. During a 2004 parole hearing, when asked who she would place at the top of the list of people she has harmed, Patricia Krenwinkel responded, “Myself.” She was denied parole following the hearing.

25. Olivia Klaus made a documentary short film on Krenwinkel called Life After Manson. The film was shown at the 2014 Tribeca Film Festival and included her first interview in 20 years.