Roald Engelbregt Gravning Amundsen was a Norwegian explorer of polar regions. As the leader of the Antarctic expedition of 1910 to 1912, which was the first to reach the South Pole, on December 14, 1911, he was a key expedition leader during the Heroic Age of Antarctic Exploration. Take a look below for 25 more strange and interesting facts about Roald Amundsen.

1. In 1926, he was the first expedition leader for the air expedition to the North Pole, making him the first person, without dispute, to reach both poles.

2. He is known as having the first expedition to traverse the Northwest Passage in the Arctic.

3. In June 1928, while taking part in a rescue mission for the airship Italia, the plane in which he was a passenger disappeared.

4. He was born on July 16, 1872, to parents Jens Amundsen and Hanna Sahlqvist as their fourth son in Borge, Norway. 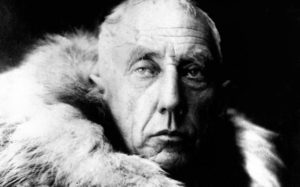 5. Several members of his family were involved in maritime trade and were ship-owners and captains.

6. Amundsen developed an interest in traveling and exploring while young, which wasn’t surprising given his family history.

7. His mother didn’t want him to enter the maritime trade and wanted him to become a doctor.

8. Honoring his mother’s wishes, he enrolled at college to study medicine, but quit after her death.

9. He was deeply inspired by Captain Sir John Franklin’s lost expedition in 1845 and explorer Fridtjof Nansen’s crossing of Greenland in 1888.

10. He joined the Belgian Antarctic Expedition led by Adrien de Gerlache in 1899; this became the first expedition to Antarctica in the winters. 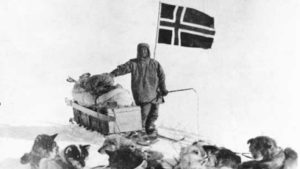 11. In 1903, he led the first expedition to successfully traverse Canada’s Northwest Passage between the Atlantic and Pacific oceans, a treacherous route between the northern Canadian mainland and Canada’s Arctic islands.

12. During his first expedition, he learned several invaluable survival skills from the local Inuit people, including the use of sled dogs for transportation of goods and wearing animal skins for protection from cold.

13. The success of his South Pole expedition brought him financial prosperity with which he built a successful shipping business.

14. In 1918, he began an expedition through the Northeast Passage on a ship named Maud. Explorers Oscar Wisting and Helmer Hanssen, both of whom had been part of the team to reach the South Pole, accompanied him.

15. In 1926, he teamed up with 15 other men including Oscar Wisting, and an Italian air crew led by aeronautical engineer Umberto Nobile to make the first crossing of the Arctic in an airship named Norge. 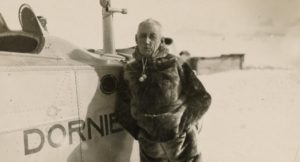 16. In 1907, he received the Hubbard Medal by the National Geographic Society for being the first explorer to transit the Northwest Passage.

17. The Charles P. Daly Medal, which is awarded to individuals by the American Geographical Society for valuable or distinguished geographical services or labors, was presented to him in 1912.

18. Amundsen never married, though he was rumored to have been in several relationships.

19. The Canadian Coast Guard named an icebreaker CCGS Amundsen, whose mission is to perform scientific research in the waters of the Arctic.

20. The Royal Norwegian Navy is building a class of Aegis frigates, the second of which is the HNoMS Roald Amundsen.

21. The writer Roald Dahl was named after Amundsen. 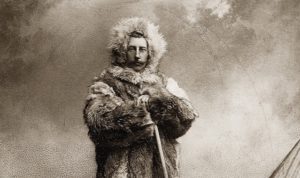 22. The Nobel Laureate, chemist and poet, Roald Hoffmann, was named after Amundsen.

23. In 1925, he was awarded the Hans Egede Medal by the Royal Danish Geographical Society.

25. In June 1928, Amundsen disappeared while flying on a rescue mission over the Arctic. It’s assumed that his plane crashes, although no bodies or wreckage were ever found.