Manuel Benitez, who went by the stage name Mark Everett, was an American child actor in Hollywood movies and a fugitive wanted by the FBI for the murder of his girlfriend in 2004. Take a look below for 25 more strange and interesting facts about Manuel Benitez.

1. On December 23, 2008, he was shot and killed by police officers responding to a hostage situation in El Monte, California.

2. Benitez was the illegitimate son of the internationally famous bullfighter Manuel Benitez, known as “El Cordobes.”

3. Spanish paparazzi followed the El Cordobes and Benitez’s mother, Alina Elizabeth Velasco, throughout the world as they partied through the seventies. Their relationship ended in a five year court dispute, with Velasco moving to Los Angeles to hire the famous palimony lawyer Marvin Mitchelson to seek support for her and her son, who seemed a natural in Hollywood.

4. Benitez was nine years old when he began his acting career.

5. His early roles in Hollywood were guided by child agent, Iris Burton. 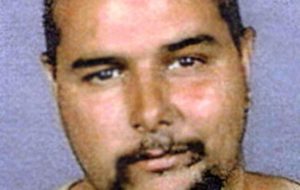 6. He was fairly successful, starring in commercials, TV shows and movies.

7. His roles included parts in “Be Somebody… or Be Somebody’s Fool!,” “Pee-wee’s Big Adventure,” and “Stand and Deliver.”

8. Benitez appeared in the TV shows “Galactica 1980” and “Highway to Heaven.”

9. Benitez had not major acting work since 1988, when he met Stephanie Spears in 1996. The two moved in together and had one child, Benjamin Everett.

10. Benitez never told Spears or anyone else about his former days as a child actor. According to the FBI, Benitez sold drugs to supplements the money he made doing odd jobs.

11. He was arrested on drug charges in 2000 and convicted for possession of a concealed and illegal loaded firearm in his son’s stroller in 2003, and was sentenced to probation. 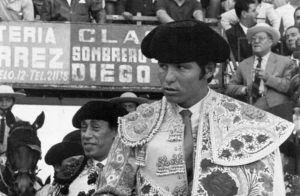 12. On June 20, 2004, Benitez tried to leave with his son while Spears was asleep, largely due to the fact that Spears was ending the relationship. After she woke up and tried to stop him, an argument ensued.

13. Benitez allegedly beat her numerous times with a dumbbell, killing her in front of their three year old child before fleeing their Hawthorne, California home with him.

14. Benitez and his son were believed to be traveling with his mother, Alina Elizabeth Velasco, who disappeared after Spears’ murder.

15. Benitez, his son and Velasco were seen in the Medford, Oregon area in December, 2004.

16. On May 11, 2005, a state warrant was issued by the Superior Court of California, County of Los Angeles, for Benitez’s arrest after he was charged with murder.

17. Benitez was charged federally with unlawful flight to avoid prosecution and an arrest warrant was issued by the United States District Court, Central District of California, on March 21, 2006.

18. The FBI was offering a reward of up to $20,000 for information leading to the arrest of Benitez. He was featured on America’s Most Wanted several times.

19. On December 23, 2008, the police received a phone call about a suspicious man with a child. A police officer and witnesses noticed a man taking a boy off the sidewalk and then go into a restaurant in El Monte, California.

20. A hostage standoff ensued and Benitez ignored the officers’ orders to stop and barricaded himself inside the restaurant bathroom with his son.

21. Benitez told police during negotiations that he was going to shoot the police and harm his seven year old son, whom he held hostage for two hours.

22. One employee of a nearby Mexican restaurant said that Benitez had the boy in a headlock and held a gun to his head as he looked for a place to hold him. 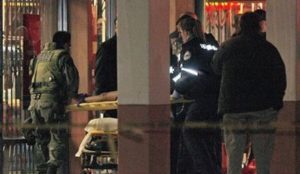 23. During the standoff, the police closed nearby streets, and shoppers were evacuated from neighboring stores as dozens of police officers and other emergency crews surrounded the restaurant.

24. Police threw a flash-bang inside and shot at Benitez, killing him. Benitez was declared dead at the Chinese restaurant in an El Monte strip mall. His son was shot in the thigh but survived.

25. Benitez was later found to have a semi automatic pistol and a revolver. His mother had never been found.