Butterfly, or Layla Rose Miller, is a fictional character in the Marvel Comics universe. She first appeared in House of M #4, and was created by Brian Michael Bendis and Oliver Coipel. Peter David developed the character, playing her at the center of the ensemble of mutant private detectives in his title X-Factor. Take a look below for 25 more interesting and bizarre facts about Butterfly.

1. Layla Miller is first seen as a young mutant girl who lives in Hell’s Kitchen. When she wakes up one morning, she finds everything has changed and she is one of a small number of unaffected characters.

2.  Layla was instrumental in bringing down the House of M by using her ability to restore the memories of superheroes who rebelled and helped restore reality.

3. Doctor Strange suggested that the Scarlet Witch had created Layla as a failsafe to help the heroes in case something went wrong.

4. Contradicting Doctor Strange’s theory of her origin, Layla’s life prior to the events of House of M has been described as a young mutant living in an orphanage where she was picked on by other orphans. 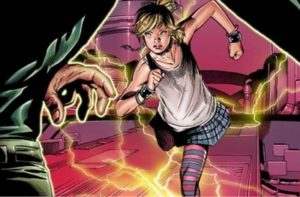 5. Layla was shown to have fabricated a large portion of her experiences at the orphanage in order to facilitate her entry into X-Factor Investigations.

6. When X-Factor have their final showdown with Singularity Investigations, she helps uncover that Guido has been brainwashed by them at some point in his past and rescuing a client.

7. During the Superhero Civil War, Quicksilver makes repeated attempts to enter X-Factor Investigations Headquarters, however, each time he is stopped by Layla, whom Quicksilver comes to consider his nemesis.

8. When the Inhumans come looking for Quicksilver, Layla advises him that Black Bolt isn’t going to kill him during the confrontation and that he should take a small trip to the future to see the outcome of what happens to them.

9. During the Messiah Complex storyline, Layla goes with one of Jamie’s dupes to investigate an alternate future caused by the birth of the mutant messiah.

10. Butterfly has the ability to reanimate dead beings, restoring their consciousness, but not their souls. However, this reanimation can only be performed within minutes of the individual’s death. 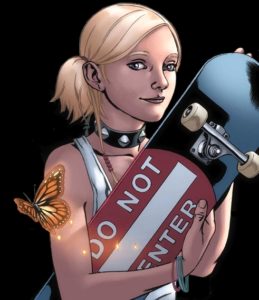 11. Layla has the ability to heal any wounds that the victim may have suffered.

12. Layla was immune to Scarlet Witch’s reality warp, retaining her true memories during the House of M.

13. Butterfly is able to pierce the veil between divergent realities. She can enable others to see this, by clearing their minds in an unknown manner.

14. She is able to restore the memories of individuals affected by changes to reality.

15. When Layla’s power first manifest just prior to the House of M, she claimed to have grown horns and breathe fire.

16. When an adult Layla returned from the future, she uploaded all the knowledge about her lifetime and information from the next 80 years into the mind of her younger self at Saint Joan’s Orphanage just after M-Day before Layla came to join X-Factor Investigations. 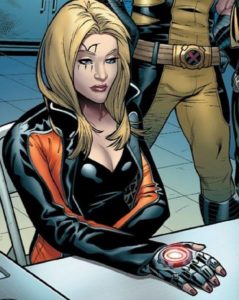 17. After returning from the future, Layla spent a year in Latveria studying magic with Victor von Doom.

18. According to Butterfly, if she tells anyone what she knows she will be struck down dead on the spot. This means that her powers are very likely to rebound back on to her.

19. Layla wears a gauntlet device on her right hand that was designed and created for her by Victor von Doom. The device allows her to create a protective force field and emit energy blasts.

20. Layla has long claimed that she would eventually marry Jamie Madrox. At the time, Layla was his junior by at least a decade. Since Layla’s return to the present as an adult, Jamie has shown a romantic interesting in her, but is still confused about his feelings.

22. Layla is one of the few people with whom Shatterstar connected and who can be used as an anchor for his teleportation powers. 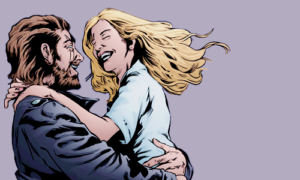 23. When Quicksilver tried to harm her with Terrigen Crystals, Butterfly wasn’t affected and he stated that she wasn’t a mutant.

24. While in the future, Layla was scanned as both a flatscan human and as a mutant within seconds of each other. Her only explanation to this phenomenon was, “Yes, it comes and goes.”

25. In Ultimate Mystery, Dr. Layla Miller is a member of the Roxxon Brain Trust. Nothing else is known about her except that she “knows stuff.”