Shane Black, born December 16, 1961, is an American actor and filmmaker. Black has written such movies as Lethal Weapon and its sequel, The Monster Squad, The Last Boy Scout, Last Action Hero and The Long Kiss Goodnight. Take a look below for 25 more interesting and awesome facts about Shane Black.

1. As an actor, Black is best known for his role as Rick Hawkins in Predator.

2. He made his directorial debut with the movie Kiss Kiss Bang Bang in 2005.

3. Black went on to write and direct Iron Man 3, Edge, The Nice Guys and The Predator. 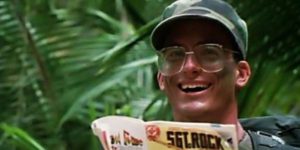 5. He was born and raised in Pittsburgh, Pennsylvania, the son of Paul and Patrician Ann Black.

6. His father was in the printing business, and helped Black get an interesting in hardboiled fiction, such as the works of Mickey Spillane and the Matt Helm series.

7. After living in the suburbs of Lower Burrell and Mount Lebanon, Pennsylvania, his family moved to Fullerton, California, during his sophomore year of high school.

8. In California, Black attended Sunny Hills High School and later UCLA, where he majored in film and theater.

9. While Black had a long history writing comic strips, short stories and journalism, only during his senior year did he decide to make a living from it once his classmate Fred Dekker showed him a science fiction script he did for an assignment. 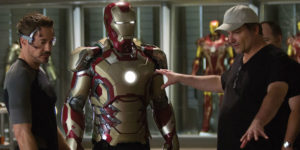 11. The $1.75 million he received for his screenplay for The Last Boy scout was the highest to date in 1990. He then topped it when he sold the script to The Long Kiss Goodnight for $4 million a few years later. Both were box office disappointment that later found cult audiences on home video.

12. After being the highest paid screenwriter in Hollywood, he disappeared as a writer in the late 1990s. He recently admitted he withdrew due to pressure and a growing contempt for his own commercial, action packed material.

13. He was 22 years old when he sold the Lethal Weapon screenplay.

14. After a young Joe Carnahan sent him some writing samples, Black wrote a very inspiring letter back, complimenting his writing and encouraging him to move forward with it. Carnahan later went on to write and direct Narc.

15. Black’s two favorite screenwriters are Walter Hill and William Goldman. The sparse side of Black’s writing style is inspired by Hill, the commentary bits on the world he’s created inspired by Goldman, and his mysterious tone is borrowed from Raymond Chandler.

16. He was an avid reader of Evan Hunter’s 87th Precinct, The Hardy Boys and Doc Savage novels as a child. 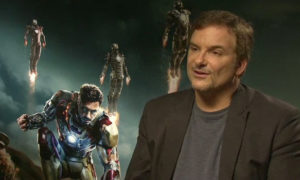 17. At UCLA, his classmates were Tim Robbins, Paul Townsend and Delia Frankel.

18. He adopted an American staffordshire terrier mix, named Adonis, in January 2013 from The Little Red Dog rescue, after a photo of Adonis holding a food bowl in his mouth in the city kill shelter went viral online.

19. He walked off Lethal Weapon 2 because he wanted the movie to end with Martin Riggs dying from his wounds. Warner Bros. wanted to continue the series and had him survive. As a result, his script was re-written.

20. He let his father read the first draft of Lethal Weapon before turning it in to Warner Bros.

21. One of his favorite movies is Ju-on: The Grudge. 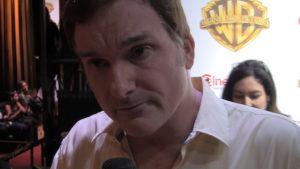 22. After graduating from university, Black worked as a typist for a temp agency, a data entry clerk for the 1984 Summer Olympics and an usher in a Westwood movie theater.

24. Once Warner Bros. requested a Lethal Weapon sequel, Black wrote the first draft of Lethal Weapon 2 with the help of novelist Warren Murphy.