There are more than 325 hummingbird species, with about 8 that regularly breed in the United States. The majority of hummingbirds are located in tropical climates and won’t migrate. They can be found in Central and South America, as well as throughout the Caribbean. Take a look below for 25 more fun and weird facts about hummingbirds.

1. Hummingbirds can’t walk or hop, they only use their feet to scoot sideways when they’re perched. They have evolved smaller feet so they’re lighter when flying.

2. They have a bright color on their throat that’s caused by iridescence in the arrangement of the feathers. The light level, moisture, angle of viewing, wear and tear and other facts all influence how bright and colorful their throats may appear.

5. The bee hummingbird is the smallest hummingbird species in the world and is only 2.25 inches long. It can only be found in Cuba. 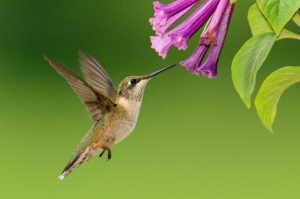 9. They have the smallest eggs out of all birds. Their eggs are about half an inch long but they represent about 10% of the mother’s weight at the time they’re laid.

10. Hummingbirds must consume about half of its weight in sugar daily. They eat about 5 to 8 times per hour and their diet consists of nectar, insects, spiders, and treep sap.

11. Their wings beat about 50 to 200 times per second. However, the amount of beats varies on the direction of the flight, the purpose of their flight and the surrounding air conditions.

13. When they’re resting, hummingbirds will take 250 breaths per minute. During flight, their breathing pace will increase.

14. The ruby throated hummingbird flies 500 miles, without stopping, across the Gulf of Mexico during its spring and fall migrations.

15. Rufous hummingbirds have the longest migration out of any other hummingbird species. They’re known to fly more than 3,000 miles for their nesting grounds in Alaska and Canada to their winter habitat in Mexico. 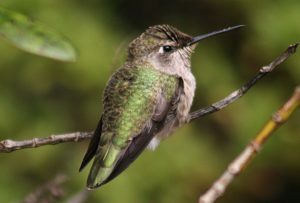 16. The average lifespan of a hummingbird is between 3 to 12 years.

17. They have no sense of smell so they rely a lot on their keen eyesight.

18. They don’t suck nectar through their long bills, they like it with their fringed, forked tongues. The capillary action along the fringe of their tongue helps draw the nectar up into their throats so that they can swallow.

19. They’re known to lick between 10 to 15 times per second while feeding.

20. They digest natural sucrose, which is the sugar found in floral nectar, in 20 minutes with 97% efficiency for converting sugar into energy.

21. Most hummingbird species can cross breed with each other to create hybrid species. This is what makes identifying them very difficult.

22. Even though they’re small, they are extremely aggressive. They’re known for regularly attacking jays, crows and hawks that are close to their territory. 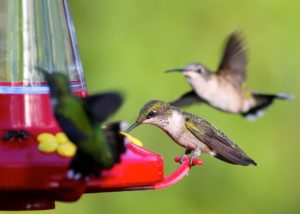 23. The bill of the sword billed hummingbird, which can be found in the Andes Mountains, can reach up to 4 inches long. It can be so heavy for the bird that they will perch holding their bills straight up.

24. It has been reported that small hummingbirds have been caught in spider webs, eaten by praying mantis, frogs and dragonflies, and even stuck on thistles.

25. 95% of all hummingbird species live to the south of the United States.

5 Interesting And Fun Facts About Hippogriffomon From Digimon