Boomerang, or Frederick “Fred” Myers, is a fictional supervillain that appears in American comic books published by Marvel Comics. He has been a member of a several prominent supervillain teams and has clashed with several heroes throughout his career, most notably Spider-Man. Take a look below for 25 more fun and interesting facts about Boomerang.

1. Boomerang was created by Stan Lee and Jack Kirby. The character first appeared in Tales to Astonish #81.

2. Boomerang appeared as a regular character in Thunderbolts beginning in issue #157 and remained with the team after the title transitioned into Dark Avengers, beginning with issue #175 through the conclusion of the series.

3. He is one of the main characters in Superior Foes of Spider-Man.

4. Fred Myers was born in Alice Springs, Northern Territory, Australia and was raised in the United States. As a young boy he developed a love for baseball, and spent years training and perfecting his pitching arm. 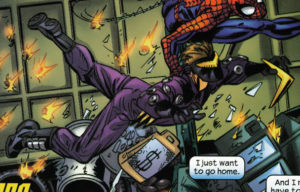 5. Myers was given a costume and an arsenal of deadly boomerangs when he accepted to join the Secret Empire, which was an international criminal organization.

7. Boomerang was recruited by Jack O’Lantern into the Sinister Syndicate. As part of that team, he fought against Spider-Man, Silver Sable and the Sandman.

9. During the Civil War storyline, Boomerang is briefly shown as a captive of Baron Zemo, captured before Zemo’s team was given official sanction to take down villains.

10. During the Initiative storyline, Boomerang is added to the Fifty State Initiative team the Heavy Hitters, using the name “Outback”. 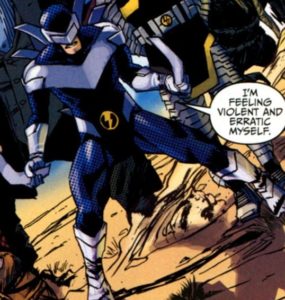 11. During the Siege storyline, Boomerang is part of the forces at Camp HAMMER that battle the Avengers Resistance when the group attacks. He is knocked out by Ultra Girl and Batwing.

12. He appeared as a hired goon of the Rose and came into conflict with Jackpot, where he discovered her secret identity.

13. He appears as a member of Bella Donna Boudreaux’s Assassins’ Guild and confronts Wolverine, Domino and X-Force.

14. After being imprisoned at the Raft, Boomerang was selected to be part of the “beta team” of the Thunderbolts, alongside Shocker, Troll, Mister Hyde and Centurius.

15. As part of the Marvel NOW! event, Boomerang appears in the latest incarnation of the Sinister Six.

16. During the Secret Empire storyline, Boomerang is operating as a crime boss of Newark. After Captain America was turned into a HYDRA agent by Red Skull’s clone using the powers of Kobik and take over the world, Boomerang offers a shelter for Maria Hill, Black Widow and her Champions to devise a plan to rebel against the HYDRA regime. 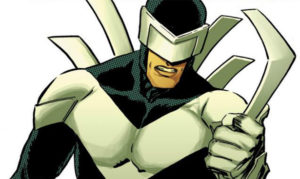 17. Fred Myers has no superhuman powers, but he has the strength, speed, agility, dexterity, reflexes, coordination and endurance of a professional athlete from his days as a baseball player.

18. He can throw small objects with nearly unerring accuracy, and his aim is nearly the peak of what a non superpowered human can accomplish.

19. Boomerang’s most dangerous asset is his arsenal of specialized boomerangs designed by Justin Hammer.

20. Boomerang has modified and improved his boomerangs over the years, but the most common ones are the exploding “shatterangs”, which have enough explosive power to destroy a car, “gasarangs” that release large doses of tear gas, razor-bladed “razorangs”, sonic blasting “screamerangs”, and whirling “bladarangs”.

21. He wears light body armor supplied by Hammer, with a wide variety of hidden pockets and pouches for his smaller, specialized boomerangs, in addition to attachment for securing the seven larger primary boomerangs. 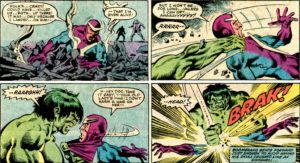 22. He has jet boosters in his boots, which are controlled by mental command through cybernetic circuitry in the cowl. They allow him to fly through the air at speeds of up to 30 miles per hour, or 48 kilometers per hour.

23. Boomerang is among the enthralled villains defending Krona’s stronghold, and is defeated by Barry Allen’s Flash.

24. The Ultimate version of Boomerang appeared briefly in Ultimate Spider-Man. Spider-Man saved him from being shot by the Punisher during a heist.

25. Boomerang makes an appearance as the boss of the first level of The Uncanny X-Men video game. The manual defines him as a mutant, with the power of accuracy with thrown objects.