Banshee, or Sean Cassidy, is a fictional superhero that appears in American comic books published by Marvel Comics. He’s commonly associated with the X-Men. The character was crated by writer Roy Thomas and artist Werner Roth. Take a look below for 25 more fascinating and weird facts about Banshee.

1. An Irish mutant, Banshee possesses a sonic scream that is capable of harming enemies’ auditory systems and causing physical vibrations.

2. The character is named after the banshee, which is a legendary ghost from Irish mythology, said to possess a powerful cry.

3. A former Interpol agent and NYPD police officer, Banshee was always a decade older than most of the X-Men and had only a relatively short tenure as a full time X-Men.

4. Banshee was a mentor of the 1990s era junior team Generation X.

6. When the Banshee first appeared, he acted as an adversary to the X-Men under coercion, but soon befriended the team and eventually appeared as a member of the X-Men in Giant-Size X-Men #1.

7. He was forced to leave the team when his superpowers were damaged in battle in Uncanny X-Men #119, and remained an occasional supporting character for the team for several years.

8. Banshee creates powerful sonic waves with his voice with which he could achieve various effects, often with the assistance of psionic abilities which function only in unison with his sonic abilities.

9. Banshee has the ability to shatter solid objects with an incredibly loud and destructive sonic scream.

10. He has the ability to fly at subsonic speeds by using his voice to propel him through the air and ride the sound waves. 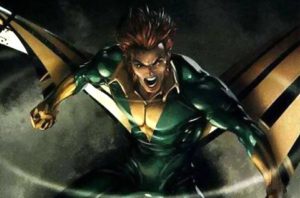 11. He can use his sonic powers as a form of sonar by sending out a precise, pure note and listening to the returning, altered wave-front of the note.

12. He can tighten sound waves around himself or others near him, making a barrier against any outside attack.

13. Banshee has the ability to subtly influence people’s subconscious mind by changing the tones and vibrations of his voice using hypersonic suggestions and persuasive abilities.

14. Banshee has the ability to affect the fluid in someone’s ear, causing the person to go unconscious.

15. His hearing and equilibrium are unaffected by his hypersonic abilities or other similar sound or sonic based abilities.

16. He possesses superhuman stamina in his lungs, throat and vocal cords. 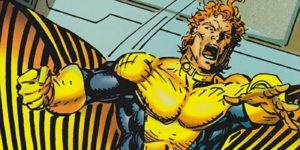 18. Sean is an excellent marksman, amateur machine-smith, educator, organizer and lobbyist. His interesting include American country music and playing the piano.

19. Sean Cassidy possesses the normal human strength of a man of his age, height and weight who engages in moderate exercise.

20. Banshee’s vocal cords are susceptible to injure from excessive strain in using his sonic powers. He had also survived normally fatal throat wounds at the cost of his sonic powers temporarily.

21. Professor X developed a harness for Banshee’s X-Uniform. Using the harness and his sonic scream, he’s able to glide on air currents at subsonic speeds.

22. When he was originally created, Roy Thomas and Werner Roth had the Banshee as a female, but Stan Lee told them that female villains are not as popular as male, and she was changed into a male. Roy noted that the way Siryn looked is what Banshee was originally going to look like.

23. Banshee is immune to his cousin Black Tom’s energy blasts. 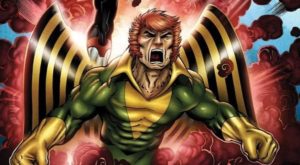 24. The ribbons on Banshee’s costume, which are a visual trademark of the character, aided him in his flight.

25. In the Age of Apocalypse, Banshee had a close bond with Quicksilver. Over the course of events in those comics, he fights the Horseman Abyss twice, the second time sacrificing his life to destroy the dangerous mutant.

5 Fun And Awesome Facts About Bacchusmon From Digimon