Mack Ray Edwards was an American serial killer. He murdered at least six children in Los Angeles County, California, between 1953 and 1970. Take a look below for 25 more bizarre and scary facts about Mack Ray Edwards.

1. Edwards was born in Arkansas. He moved to Los Angeles County in 1941.

2. As a heavy equipment operator contracted by Caltrans, he worked on freeways.

3. The body of one of his victims was found underneath the Santa Ana Freeway, and he claimed to have disposed another of his victims under the Ventura Freeway. 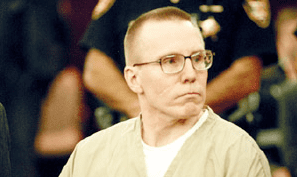 5. In 1970, Edwards and a teenage male accomplice kidnapped three girls from their home in Sylmar.

6. When the girls escaped, Edwards surrendered to police and confessed to molesting and murdering six children.

7. After three bodies were recovered, Edwards pleaded guilty to three counts of murder and was sentenced to death.

8. On October 30, 1971, following two unsuccessful attempts, Edwards was successful in committing suicide by hanging himself with a television cord in his cell in San Quentin State Prison.

9. Stella Darlene Nolan was one of Edwards’ victims. She was 8 years old and disappeared on June 20, 1953, in Compton, California.

10. Gary Rochet was one of Edwards’ victims. He was 16 years old and disappeared in Granada Hills, California. He was found on November 26, 1968, after having been shot to death.

11. Donald Allen Todd was another of Edwards’ victims. He was 13 years old and disappeared in Pacoima, California, on May 16, 1969. 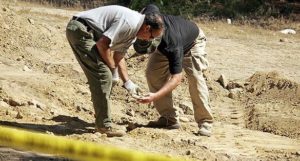 12. Edwards confessed to three additional killing, but because their bodies weren’t recovered, he wasn’t charged with the murders.

13. Edwards confessed to killing Donald Lee Baker, 15, and Brenda Jo Howell, 12, of Azusa, California. They disappeared together on August 6, 1956.

16. Edwards may have committed other murders, but his own account was inconsistent.

17. While in prison, he claimed to have killed 18 children, but in an interview with the Los Angeles Times, he said that the number was six.

18. The 12 year interval between the disappearance of Baker and Howell and the shooting or Rochet led investigators to suspect that Edwards may have committed similar crimes during that time. 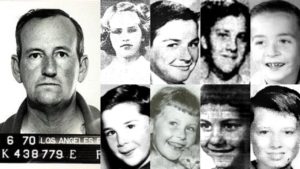 19. As of March, 2007, the Los Angeles Police Department was investigating the possibility of Edwards’ involvement in the disappearance of Thomas Eldon Bowman, 8, of Redondo Beach, California, who disappeared in Pasadena, California, on March 23, 1957.

20. Author G. Weston DeWalt was researching the Bowman disappearance when he noticed the similarity between a photo of Edwards and a sketch of Bowman’s abductor. DeWalt later showed a letter which Edwards had written to his wife, in which he states that he “left out” Thomas Bowman from his confession to police.

21. Edwards is considered a suspect in the disappearances of Bruce Kremen of Granada Hills and Karen Lynn Tompkins and Dorothy Gale Brown of Torrance, California.

22. On June 15, 2011, the Santa Barbara, California Police Department announced plans to search the area near a Goleta freeway overpass that was under renovation, looking for the remains of Ramona Price, a 7 year old girl who disappeared in August, 1961. The police didn’t announce at that time what evidence led them to believe Price’s remains may be buried there, but local news reports suggested a possible link to Edwards. 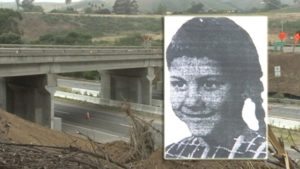 23. On June 16, 2011, local media reported that four teams of cadaver dogs had alerted on the same “area of interest” at the site, but that a decision had not been made about whether to undertake further excavation.

24. The news reports indicated that comments made by Edwards about other victims, along with the fact that Edwards worked in Goleta at the time of Price’s disappearance, suggested a link.

25. In the final episode of television police drama “The Shield”, detective Dutch Wagenbach refers to Edwards while interrogating a teenager whom he believes is a young serial killer, making the point that serial killers without a catchy nickname are easily forgotten by the general public.