Apricots are fruit, or the tree that bears the fruit, of several species in the genus Prunus. Usually, an apricot tree is the species P. armeniaca, but the species P. brigantina, P. mandshurica, P. mume, and P. sibirica are closely related, have similar fruit, and are also called apricots. Take a look below for 25 more awesome and interesting facts about apricots.

1. The scientific name for apricots “armeniaca” was first used by Gaspard Bauhin in his Pinax Theatri Botanici, referring to the species as Maia armeniaca or “Armenian apple.”

2. The English name first appeared in the 16th century as “abrecock” from the Middle French “aubercot” or later “abricot”, from Catalan “abercoc”.

3. The origin of the apricot is disputed and unsettled. It was known in Armenia during ancient times, and has been cultivated there for so long that it is often thought to have originated there.

4. An archaeological excavation at Garni in Armenia found apricot seeds in an Eneolithic-era site. 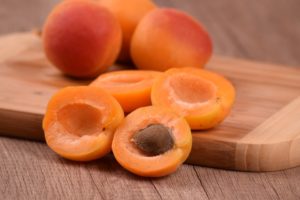 5. Despite the great number of varieties of apricots that are grown in Armenia today, according to the Soviet botanist Nikolai Vavilov, its center of origin would be the Chinese region, where the domestication of the apricot would have taken place.

6. Other sources say that the apricot was first cultivated in India in about 3,000 BC.

7. Apricots introduction to Greece is attributed to Alexander the Great and, later, the Roman General Lucullus also would have imported some trees from Armenia to Rome.

8. The apricot tree is pretty small. It grows to between 26 and 39 feet in length. The trunk of the tree has a diameter of 16 inches.

9. Apricots have been cultivated in Persia since antiquity, and dried ones were an important commodity on Persian trade routes.

10. Apricots remain an important fruit in modern-day Iran, where they are known under the common name of “zard-alu”. 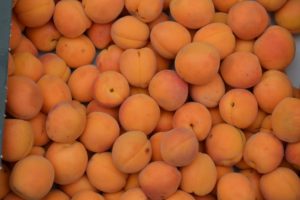 11. Egyptians usually dry apricots, add sweetener, and then use them to make a drink called “amar al-din.”

12. In England, during the 17th century, apricot oil was used in herbalism treatments intended to act against tumors, swelling and ulcers.

13. In the 17th century, English settlers brought the apricot to the English colonies in the New World. Most of modern American production of apricots comes from the seedlings carried to the west coast by Spanish missionaries.

14. Apricots are also cultivated in Australia, particularly South Australia, where they are commonly grown in the region known as the Riverland and round the small town of Mypolonga in the Lower Murray region of the state.

15. Apricots are rich in nutritional content and they closely resemble peaches and plums in the way they taste.

16. Consuming two or three servings of apricots per day has proven to be beneficial in preventing age-related macular degeneration. Macular degeneration is a disorder of the eye and is one of the major causes of loss of sight in older people. 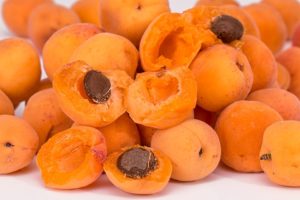 17. Apricots, when ripened naturally, are a rich source of antioxidants.

18. Dried and fresh apricot are one of the best sources of dietary fiber. Though fiber is good for the human body, apricots contain a special kind of fiber that is much more beneficial.

19. In one ounce, apricots contain enough beta carotene to supply 20% of your daily vitamin A requirements.

21. Over half the apricots grown are canned due to their short season.

22. To ripen apricots, place them in a closed paper bag at room temperature.

23. In the United States Marines, it’s considered exceptionally bad luck to eat or possess apricots, especially near tanks. The superstition has been documented since at least the Vietnam War and is often cited as originating in World War II. 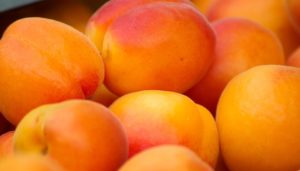 24. The fact that apricot season is short has given rise to the common Egyptian Arabic and Palestinian Arabic expression “filmishmish”, meaning “in apricot season”. It’s generally uttered as a riposted to an unlikely prediction, or as a rash promise to fulfill a request.

25. The Chinese associate the apricot with education and medicine.