Suzana S. Drobnjakovic Ponti, born May 17, 1973, is a Serbian-American actress. She played Gretchen Witter on Dawson’s Creek and has acted in movies including Yes Man, and He’s Just Not That Into You. Take a look below for 25 more awesome and interesting facts about Sasha Alexander.

2. From July 2010 through September 2016, Alexander starred as Maura Isles in the TNT series Rizzoli & Isles.

4. She began acting in school productions in the seventh grade.

5. She was an ice skater, but stopped due to a knee injury. 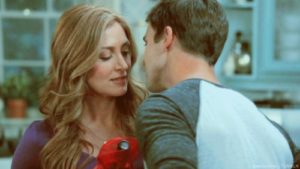 6. Alexander continued acting through high school and college, then moved to New York City to act in summer stock and Shakespeare festivals.

7. She graduated from the University of Southern California’s School of Cinema-Television, where she was a member of the sorority Kappa Alpha Theta.

8. Her parents are both of Serbian descent, though some of her family lived in Italy. She speaks Serbian and Italian quite well.

11. Alexander once played the role of Kate in “Taming of the Shrew.” 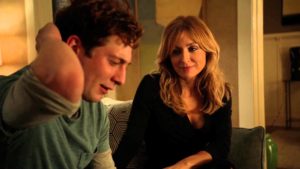 12. She was in a pop music group for a year called Everything Nice when she was 14 years old.

13. She was hired to play the female roles in the screen tests for the actors auditioning to play Tony Stark in Iron Man, including the eventually cast Robert Downey Jr. His screen test with her can be seen on the DVD and Blu-ray.

14. Alexander is best friends with actress Jessica Capshaw. The two were constantly being told by friends that they reminded them of each other and, finally years later, they met up and had coffee. 12 years of friendship later, Jessica is the godmother to Sasha’s daughter, Lucia, and Sasha is the godmother to Jessica’s son.

15. On September 18, 1999, Alexander married Luka Pecel, but this marriage was annulled without issue.

17. She achieved widespread media attention and critical praise when she appeared in the fourth season of Dawson’s Creek as Gretchen Witter, the sister of Pacey Witter, and dated the title character. 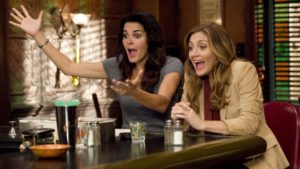 18. Alexander was in an episode of the short lived Fox comedy series Greg the Bunny, in which she played the role of a lesbian TV Guide reporter and shared an onscreen kiss with Sarah Silverman.

19. She appeared as District Attorney Robin Childs in the CSI episode “Alter Boys.”

21. She replaced Vivian Blackadder, played by Robyn Lively, who only appeared in the back-door pilot episodes, Ice Queen and Meltdown, on JAG.

22. She joined the cast of The Nine in the role of Nick’s ex-wife, and also appeared on an episode of Friends playing a Soap Opera Digest reporter who interviewed Joey. 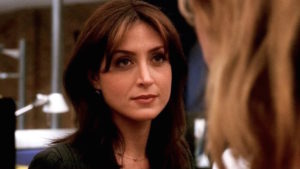 24. From 2010, Alexander played Dr. Maura Isles for seven seasons on the TNT series Rizzoli & Isles, the Commonwealth of Massachusetts’ Chief Medical Examiner, who works with the Boston Police Department.