Carrie Alexandra Coon, born January 24, 1981, is an American actress. She’s best known for starring as Nora Durst in the HBO drama series The Leftovers, for which she received widespread critical acclaim, winning a Critics’ Choice Television Award for Best Actress in a Drama Series. Take a look below for 24 more interesting and fascinating facts about Carrie Coon.

1. Coon starred as Gloria Burgle in the third season of the FX anthology series Fargo, for which she was nominated for the Primetime Emmy Award for Outstanding Lead Actress in a Limited Series or Movie.

2. Coon won the TCA Award for Individual Achievement in Drama for her performances in The Leftovers and Fargo.

3. On stage, Coon was nominated for a Tony Award for her performance in the 2012 revival of Who’s Afraid of Virginia Wolf?

4. She has starred in movies such as Gone Girl and The Post. 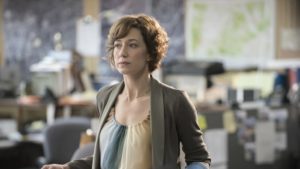 6. She was born in Copley, Ohio, the daughter of Paula and John Coon.

7. She has an older sister, an older brother and two younger brothers.

9. In 2006, Coon earned her M.F.A. in acting from the University of Wisconsin-Madison.

10. After graduating from the University of Wisconsin-Madison, Coon was immediately recruited by the Madison Repertory Theater and made her professional stage debut in a production of Our Town. 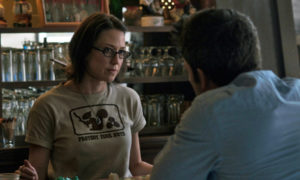 11. After her debut, Coon joined the American Players Theater and stayed with them for four season.

12. In 2008, Coon moved to Chicago and made her Chicago debut with a production of Bronte.

14. During her theater years, Coon earned money by performing motion capture work for a video game company based in Wisconsin.

15. Coon made her screen debut in an episode of the short-lived NBC series The Playboy Club in 2011. 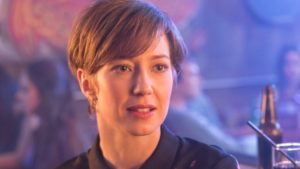 17. Following her Tony Award nomination, in 2014, Coon was cast as one of the main characters in the HBO drama series The Leftovers, alongside Justin Theroux, Amy Brenneman and Ann Dowd.

19. In early 2015, Coon starred in the lead role of the Off-Broadway production of Placebo at Playwrights Horizons.

20. In December 2015, it was announced that Coon would be one of six actresses portraying the title character in Mary Page Marlowe for the Steppenwolf Theater Company in Chicago from March to May 2016.

21. In October and November 2015, Coon filmed the movie Strange Weather alongside actress Holly Hunter for director Katherine Dieckmann in Mississippi. 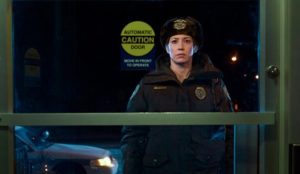 23. In 2013, Coon married actor and playwright Tracy Letts. They had appeared together in the Broadway production of Who’s Afraid of Virginia Woolf? the previous year.

24. In 2018, Coon announced that she was pregnant with her and Letts’ first child.